With interest rates likely to keep increasing for the remainder of this year, rents continuing to climb and prices of other essentials on their way up, households are being warned to keep a tight rein on spending in the lead-up to Christmas.

“The end of the year is likely to be marred by higher costs for almost everything, including that longed-for Christmas holiday, fuel to visit family and friends, and the price to pay for the usual festive feast,” says Steve Mickenbecker, group executive of financial services at Canstar.

“Even more challenging for some will be having to pull money out of the Christmas budget for higher loan repayments,” he says. 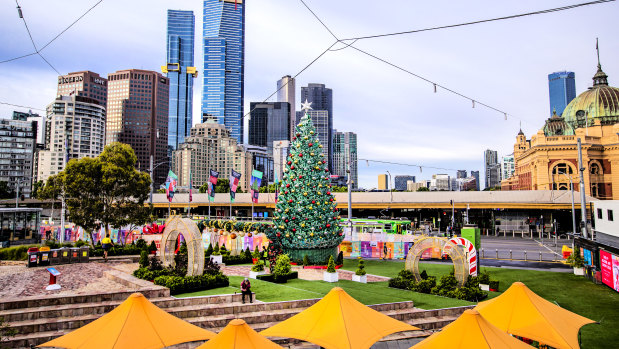 Christmas spirits could be dampened by rising interest rates in the lead-up to the festive season.Credit:Wayne Taylor

The Reserve Bank of Australia’s (RBA) increase to the cash rate of 0.25 percentage points on Tuesday can be expected to be handed on by lenders – in full – to their existing variable rate mortgage customers, just as they have done with earlier increases.

Tuesday’s rate rise took the cash rate to 2.6 per cent – its highest for more than nine years.

The RBA’s statement accompanying its cash rate decision on Tuesday says further increases are likely to be required over the period ahead.

“A further increase in inflation is expected over the months ahead before inflation then declines back towards the 2–3 per cent range,” the central bank says.

Graham Cooke, head of consumer research at Finder, says those with variable rate mortgages are forking out a “whopping” amount of extra money to pay every month – especially when everyday items like groceries and petrol are skyrocketing in price. He believes this could be the rate rise that pushes some borrowers to the limit.

He says stand-alone mortgages can sometimes offer lower interest rates than mortgages that are packaged with other products from the same lender.

And if you have stuck with the same lender for years, you could be paying for your loyalty, as lower rates are often offered to new customers, Mickenbecker says.

Kris Davant, head of product at Frollo, an open banking fintech that has a personal finance app, says budgeting and cutting down on unnecessary spending can make a big difference, particularly with the expensive holiday period coming up.

“By sitting down and looking at your finances, it’s often possible to find quick wins, such as forgotten subscriptions or unnecessary fees…and making a budget for [things like] Uber Eats or takeaway coffees can also make a big difference in week-to-week spending,” Davant says.