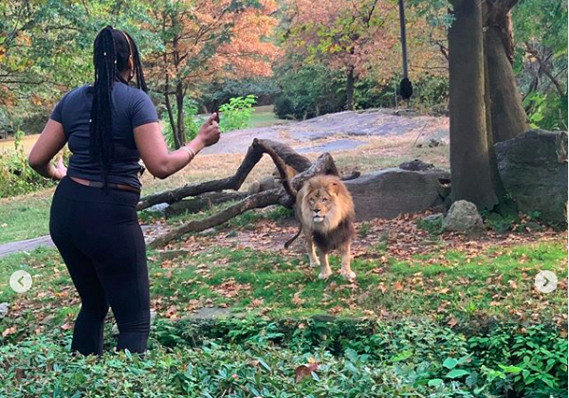 This woman took a dangerous walk on the wild side.

Video footage of a Bronx Zoo visitor who got inside the African lion enclosure, and then began dancing before the king of the jungle, has gone viral since being posted over the weekend.

The NYPD has identified her as Myah Autry, 32, who jumped into both the lion and giraffe pens last Saturday and shared footage of her encounters on her Instagram page. “I really have no fear of nothing breathing!” she wrote in one caption. Police are asking for the public’s help in tracking her down.

A guest under the Instagram FB, -0.20% handle @Realsobrino posted two clips and a couple of pictures of the bizarre encounter that happened last Saturday, which show Autry brazenly standing just a few feet away from a male lion, before raising her arms and shaking her hips at him. There is also video showing her climbing over the wooden safety barrier before stopping at the edge of the moat, as well as standing inside the giraffe habitat.

Another clip by the same videographer shows her waving her hands and wiggling her fingers at the beast — and standing her ground even after he takes a step toward her. Other guests can be heard saying, “She shouldn’t be doing that,” and, “Is anyone with her?”

A Bronx Zoo spokesperson told MarketWatch that this action, “was a serious violation and unlawful trespass that could have resulted in serious injury or death.”

He added that, “Barriers and rules are in place to keep both visitors, staff and animals safe. We have a zero-tolerance policy on trespass and violation of barriers.”

The zoo has filed a criminal trespass complaint with the NYPD, CNN reported, and a detective on the case noted that nobody on the scene called 911, and no arrests have been made.

“Anyone with information in regards to the where about this individual, is asked to call the NYPD’s Crime Stoppers Hotline at 1-800-577-TIPS (8477),” the police department said in an alert issued on Thursday.

And over the past few days, Autry has appeared to tease zoo and law enforcement officials even as she had taunted the lion, posting wild animal-themed images such as Michael Jackson with a tiger cub, and Mike Tyson with a white tiger on her Instagram account.

The efficiency of zoo barriers — and increasingly risky behavior by guests — is becoming an issue after several incidents of people getting injured by getting too close to the animals. 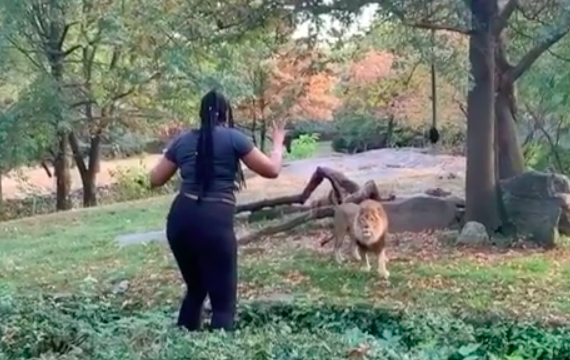 In March, a woman was mauled by a jaguar at the Wildlife World Zoo, Aquarium and Safari Park in Arizona after she leaned over a barrier to take a selfie with the animal. She later admitted she was wrong, but said the zoo should move its fence further back.

Read more: Jaguar attack woman admits: ‘I was in the wrong’

In January, a Florida toddler was hospitalized after she fell into a rhino exhibit during a private rhino encounter experience with her parents. And in 2016, a teenage gorilla named Harambe was shot and killed at the Cincinnati Zoo after a 3-year-old boy slipped into the exhibit. After the animal started dragging him around, zookeepers killed the gorilla to save the child.