Home » Markets » A schoolteacher from California wiped out $70,000 in savings trading on Robinhood. Here's his message to first-time investors.

Hello everyone! Welcome to this weekly roundup of stories from Insider from Business co-Editor in Chief Matt Turner. Subscribe here to get this newsletter in your inbox every Sunday.

Read on for a first person account of an addiction to Robinhood, drama in the venture capital world, and the coronavirus sticking around forever. 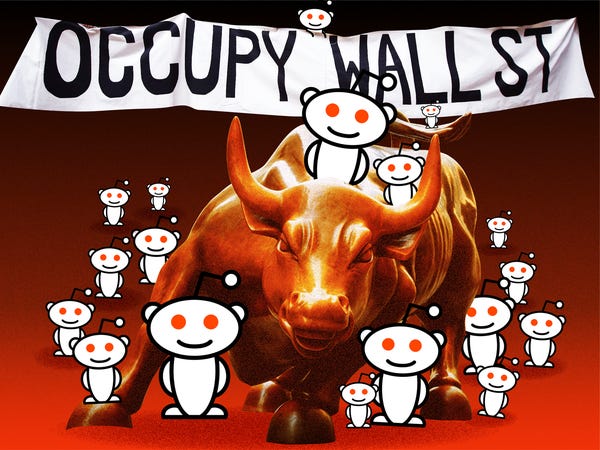 Latest: The Senate on Saturday acquitted Donald Trump after an impeachment trial over the Capitol siege. President Joe Biden said the “substance of the charge is not in dispute” and that we must “end this uncivil war.” Get the latest here.

As Candy Cheng reported, Wolfe Herd not only became a self-made billionaire, but she also became the youngest female CEO to take a company public. From Candy’s story:

Less than a decade ago, she filed a sexual harassment lawsuit against Tinder, which she cofounded.

“This is the day that I reclaim my own narrative,” Wolfe Herd told Insider.

You can read their interview right here.

Separately, here’s another newsletter for your radar: Over 2.7 million people start their day with Morning Brew — the daily email that delivers the latest news from Wall Street to Silicon Valley. Sign up for their free newsletter here.

A schoolteacher from California contemplated suicide after losing money trading on Robinhood. He penned this first person essay for Insider:

I have an addictive personality. When I was younger, I frequently played video games for up to 12 hours at a time. I later binged on other hobbies: golf, cycling, cooking, and even reading. But my most self-destructive foray was into the world of Robinhood, Wall Street Bets, and day trading.

Despite my obsessive personality, I’ve had moments of sound, cogent decision-making. When I graduated from college, I learned how to invest the proper way. That is, dollar cost averaging into a Roth individual retirement account, into a mix of diversified index funds that track well-known indexes like the S&P 500. I made a conscious decision to live a frugal lifestyle to save aggressively to secure my future.

I work in public education, and despite living on a teacher’s salary, in six years I was able to save up a respectable $70,000 by January 2020, of which $45,000 was invested in a Vanguard Roth IRA. I’m in my late 20s, so $45,000 in a retirement account, according to a compound-interest calculator, could grow to $300,000, up to $1 million, tax-free by the time I retire at 65. I was extremely proud of this feat, and saving money became fundamental to my identity.

But Wall Street Bets (WSB) popped onto my feed in mid-January 2020, and I started trading options with small amounts on Robinhood. 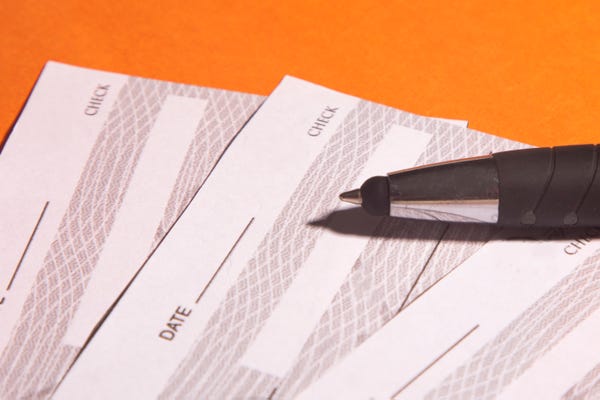 When a tiny two-person San Francisco startup named Stytch began pitching venture capital firms for its first-ever round of funding early last year, known as a “seed” round, the partners at venerable seed firm First Round Capital thought they were a shoo-in as the lead investor.

Instead another, bigger fund — Index Ventures — wanted a piece of the company and offered to buy shares at a higher price, setting off a bidding war, sources said. Word among the tech industry’s close-knit venture community got out about the heavy interest in Stytch, and other big investors entered the fray.

The startup still hadn’t launched a product yet but investors were attracted to its two cofounders, Julianna Lamb and Reed McGinley-Stempel, who had both worked for the red-hot fintech Plaid.

It was Benchmark that won out as the lead investor, sources said. This was eyebrow-raising in the venture world, as Benchmark is best known as a firm that buys in after the seed stage.

The coronavirus is going to stick around forever 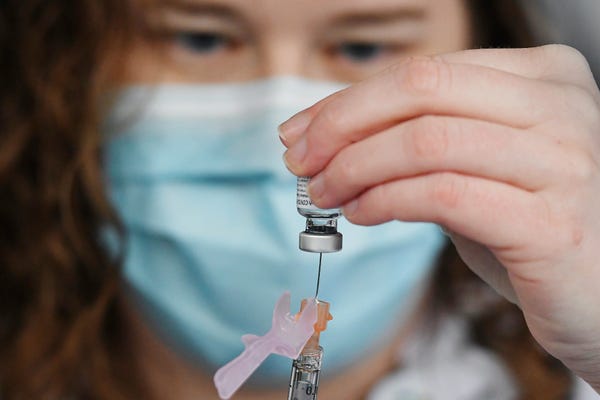 As the pandemic approaches its second year, the coronavirus has morphed into a tougher foe.

Several mutations that scientists have identified in rapidly spreading variants are particularly worrisome. They raise concerns that these strains will be more contagious or be able to at least partly evade protection provided by vaccines and by prior infections.

Let’s be clear: No one knows how the next phase of the pandemic will play out. Is a new strain already spreading undetected or lurking around the corner? How effective will these vaccines be in the long run? And just when can we think about returning to schools and offices, or getting together with older relatives again?

Despite this uncertainty, most scientists have accepted an unfortunate truth: The coronavirus will likely be part of our lives forever, though the pandemic phase will eventually end. Our best hope is for it to turn into a mild, flu-like illness rather than a deadlier, long-term threat.

ICYMI: Thinking of moving to Hawaii?

Back in September, Sandra Kwan left San Francisco dreaming of the perfect Hawaiian life. The past five months haven’t disappointed.

A senior program manager at LinkedIn, Kwan works 7 to 3 from her apartment, which overlooks Waikiki’s surf breaks. In the late afternoons, she catches a few waves or goes scuba-diving or just sits on the beach, a three-minute walk away.

Depending on the weekend, she dives with pods of dolphins and reef sharks or scrambles up the island’s rocky ridges for panoramic views of the coastline. None of this would’ve been possible before the pandemic, when she worked out of LinkedIn’s office in San Francisco.

Kwan’s pandemic move has been great for her, and yet it’s also one vision of a better future for Hawaii. With the surge in remote work, the state may have finally found what it’s been searching for: a way for people to live there without a career tied to tourism.

Here are some headlines you might have missed from the past week.

The top 17 influencer marketers at brands who plan creative campaigns and partner effectively with creators on Instagram, TikTok, and YouTube

How to sell a show to Netflix with the help of an easily digestible pitch document, according to a workshop by one of the streamer’s execs

How to land a coveted federal judicial clerkship, according to 6 current and former clerks

5 threats that could kill the electric-vehicle stock boom that has sent Tesla and Nio soaring, experts say

Ogilvy’s new chief Andy Main is leading a massive turnaround at the storied ad agency, but some insiders are wary of the new direction 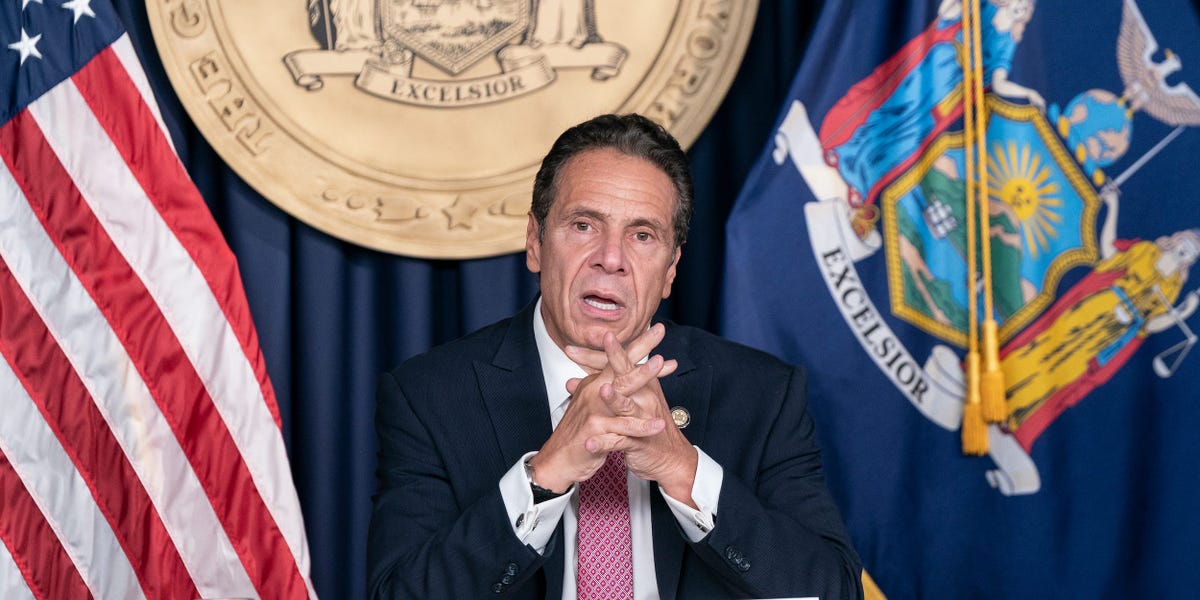