AK Steel is expected to report earnings on July 30, 2018. According to Zacks Investment Research, the consensus forecast for the quarter calls for earnings per share of 23 cents compared with 19 cents per share during the year-ago period. Traders will be keeping a close eye on the earnings announcement given the positive results seen across the rest of the steel sector as well as the bullish analyst sentiment. (See also: 2 Steel Stocks That Will Thrive Despite Tariffs.) 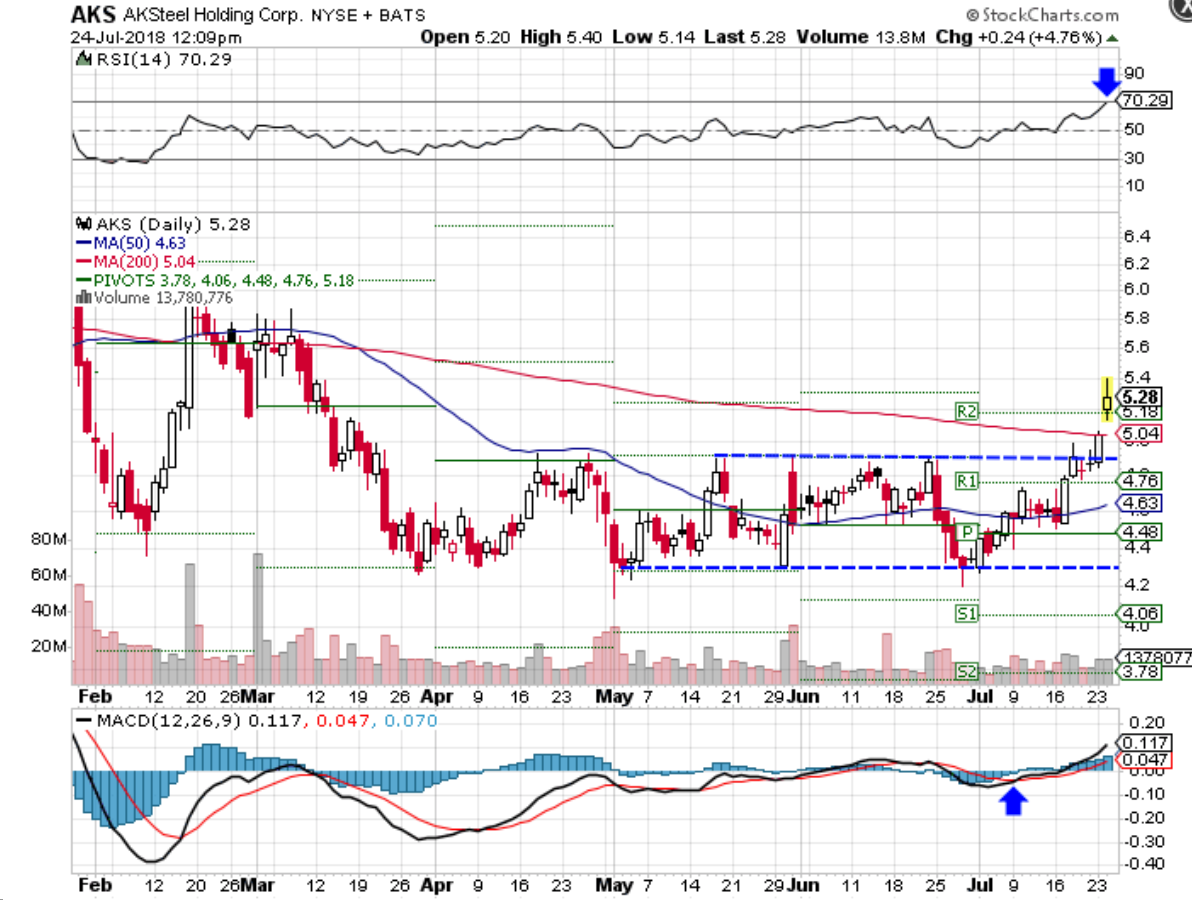 From a technical standpoint, the stock has been trading in a channel since May of this year. After breaking out from upper trendline resistance earlier this week, the stock moved past the 200-day moving average at $5.04 and R2 resistance at $5.18 to fresh highs. The relative strength index (RSI) moved to overbought levels at 70.29, but the moving average convergence divergence (MACD) recently crossed above the zero line.

[To learn more about supplemental technical indicators such as the RSI and the MACD, check out Chapter 4 of the Technical Analysis course on the Investopedia Academy.]

Traders should watch for some near-term consolidation given the lofty RSI reading, but the long-term trend could start to move into bullish territory. The next major resistance levels are at prior highs of around $5.60 to $5.80. If the stock moves lower, traders should watch for a breakdown from trendline support that could lead to a move back down to the lower end of its price channel at $4.30 over the medium term. (For more, see: Top 4 Steel Stocks for 2018.)

Chart courtesy of StockCharts.com. The author holds no position in the stock(s) mentioned except through passively managed index funds.