Home » Markets » America Has Become the United States of Amazon

Amazon.com, Inc. (AMZN) has more than 100 million Prime members and will likely see continued membership growth, even with a higher Prime fee. Effective June 16, the cost of an annual Prime membership will be upped to $119 per year up from $99. However, this will easily be absorbed by members who still want to save a buck by shopping on Amazon platforms.

Amazon has recently faced challenges from President Trump for paying reduced rates on last-mile deliveries using the U.S. Postal Service (USPS). In addition, the president does not believe that Amazon charges appropriate sales taxes. Despite all of this, the stock kept moving higher. Even if the USPS charges more in cities in which Amazon has Fulfillment Centers and the government eventually forces the e-commerce giant to pay sales taxes on products sold out of non-local areas, shoppers will likely continue to flock to Amazon due to its superior and easy-to-use online shopping experience. Customers who shop using an Amazon-sponsored credit card receive a generous buildup of purchasing incentives that reduce future payments. With Amazon influencing American lives every day, the country can be called the United States of Amazon.

The daily chart for Amazon 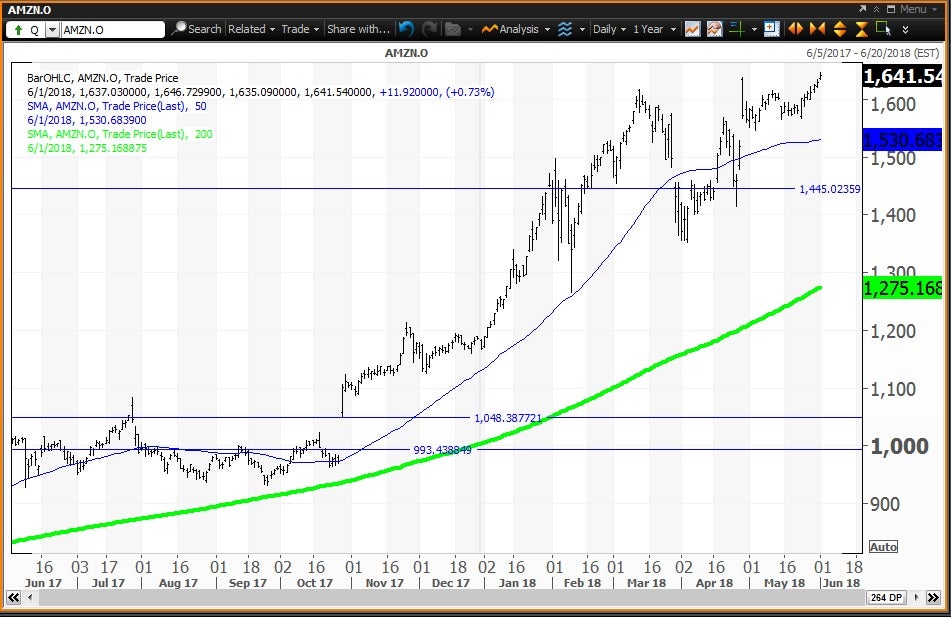 The daily chart for Amazon shows my quarterly pivot at $1,446.99 as the upper horizontal line. This key level was a magnet between April 5 and April 25, when investors could have added to core long positions as the company prepared to report earnings on April 26. My monthly risky level for June is above the chart at $1,858.11. Note that the stock has been above its 50-day simple moving average since April 26, with that average now as $1,530.68. The stock is well above its 200-day simple moving average of $1,275.17.

The weekly chart for Amazon 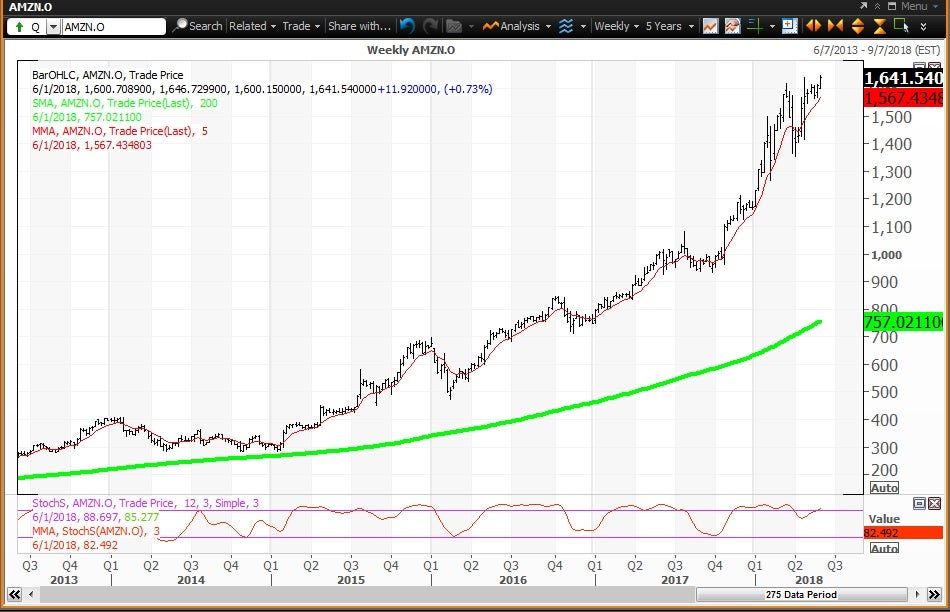 Given these charts and analysis, investors should buy Amazon shares on weakness to my quarterly pivot of $1,446.99 and reduce holdings on strength to my monthly risky level of $1,858.11. (For additional reading, check out: Global Expansion More Crucial for Amazon Than Alibaba.)