Some would say it’s a tricky time to be a growth investor.

Interest rates are rising as the economic outlook improves thanks to stimulus and increasing COVID-19 vaccination rates, creating headwinds for the longer-duration assets that tend to compete with bonds.

No, the mega-cap tech names at the top of the market aren’t overvalued, he told Insider on Monday. No, the back-to-normal trade isn’t going to make the technological advances in business infrastructure disappear after the pandemic.

On the contrary, Plumb — whose performance at the helm of his Plumb Balanced Fund has been better than 98% of those in his peer group over the last five years — is bullish on growth, although he acknowledges that a rotation to cyclical stocks may continue.

He especially likes the S&P 500’s top names, which have taken a smattering of criticism for their share prices’ steep appreciations over the last year.

Apple remains a cash flow machine that will continue to be upgraded, he argued. Microsoft has a AAA rating, he pointed out.

Of course, the possibility of volatility or pullbacks can be expected in the short-term, he said. But long-term they remain good investments.

This is because we’re in the beginning stages of an economic transformation, he said, like the industrial revolution was.

“We’re seeing a structural change in productivity driven by data,” Plumb said. “Ten years from now, I believe Amazon, Apple, Microsoft, and Alphabet are all going to be worth much more than they are today.”

But these are the known-names in the market. They were in fact the most crowded trade among fund managers for most of last year.

So what are some other firms that the growth-focused Plumb has his eye on?

We asked him what other disruptive names he likes at the moment that he thinks have large upside potential. He shared four stocks, which are detailed below. 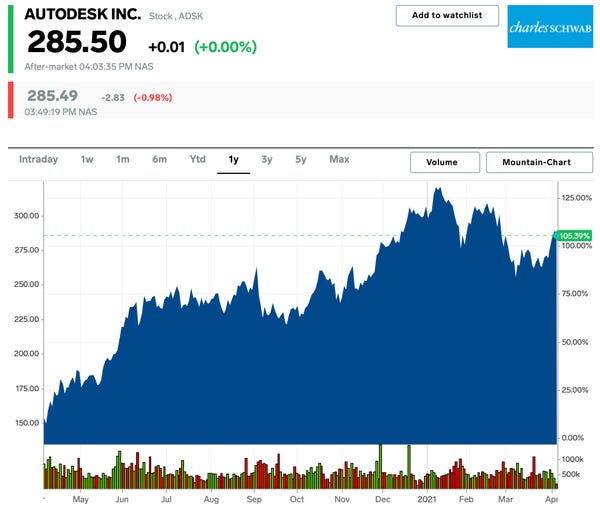 Plumb is bullish on Autodesk (ADSK), an architectural design software firm that he says will actually benefit from the cyclical rotation as people and businesses build more during the economic recovery.

It will also get a boost from the focus on infrastructure that is expected to occur over the next decade. That includes green infrastructure, as buildings contribute to much of the carbon pollution in the US.

He said the company’s strong recurring revenue because of regulatory support from the government is also a positive.

“Autodesk is the largest provider of engineering software, and it’s almost mandated by the government agencies that review development plans and construction,” he said. “So if you’re doing building permits and you have building inspectors, they need to look at a software that’s standardized.”

He said he believes it could rise by 50% over the next couple of years. 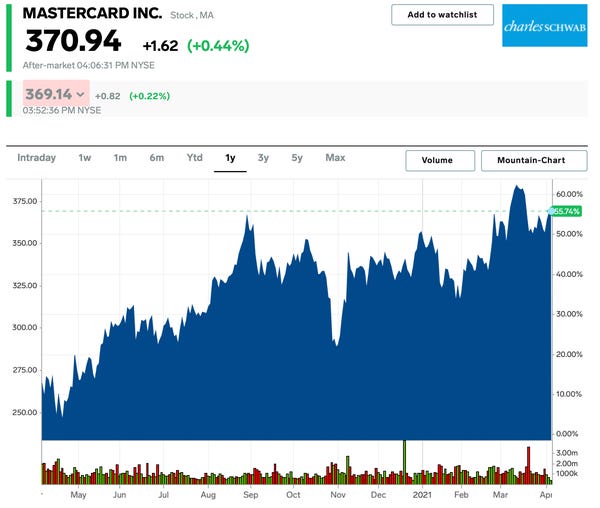 Plumb said he likes MasterCard (MA) because he thinks the digital wallet will continue to develop in the US, like it has elsewhere in the world.

For example, contactless payments will catch on more, like they have in China and Europe, he said, which would benefit the firm.

The further adoption of cryptocurrencies will also help MasterCard, he said.

“They have an incredible amount of intellectual property rights in cryptocurrencies,” he said. “It’s really going to be important for the secure transferring of money, to make sure that any data that’s transferred back and forth can be encrypted in such a way that it’s not hackable.”

Lastly, cross-border transactions will pick up again with increased international travel, he said.

He said he expects MasterCard to see 25% annual profit growth over the next two years, and for their share price to follow suit. 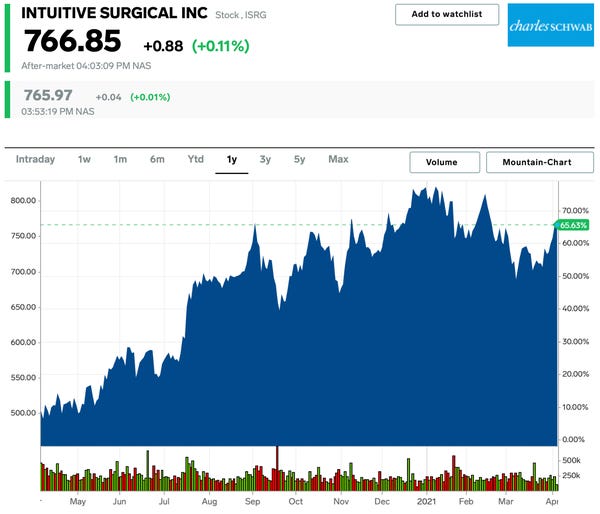 He said that their robots reduce physical stress on doctors and allow patients to have easier recoveries because of the elimination of human error.

“They have over 24,000 peer-reviewed articles written about their results for different surgical procedures, their patient experiences, the recovery, the time of surgery, and the ability to increase the surgical lifespan of a physician,” Plumb said.

“If you think about traditional surgery, even soft-tissue surgery, it’s a physically demanding business,” he continued. “The doctors don’t end up having as much stress on their back, their arms, all the different things that they need, because they’re able to use the software to take their place and do the surgery for them.”

He said it has a recurring revenue model, and believes its share price will grow by at least 15% in the next year and rise above $900 per share. 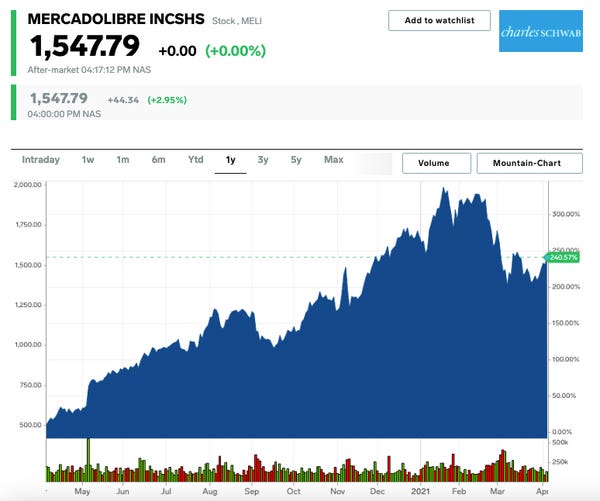 It’s been one of Plumb’s worst performers so far this year, but he said that makes its valuation more attractive. He thinks it can grow to be like other retail giants around the globe.

“It has an incredible valuation here, and you’re really buying it because you believe it’s got the potential to be the Amazon that you were afraid to buy for the first 10 years of their success.

“They, like Amazon, are bypassing social systems so that they can provide the delivery times that can be truly competitive,” he continued. “It’s a lot like Alibaba 10 years ago.”

Plumb said he thinks the stock could rise by 30% over the next 12 months.