ANZ Bank has forced a former employee to recount the details of her rape as a teenager as part of its defence against allegations she was sexually and racially harassed at the bank’s New York office.

The bank's lawyers also interrogated the former senior ANZ trader over other details of her sexual history and her activities outside of work, including whether she had sought psychiatric assistance and if she had ever had a sexually transmitted disease.

The legal tactics of ANZ were revealed in a transcript of a deposition last year, and made available last month, undertaken as part of a multi-million dollar workplace discrimination claim filed by the former trader against ANZ and the bank’s head of corporate sales America Ravi Nursey, in New York.

ANZ’s pre-trial strategy follows bank’s battles with cultural issues in recent years including allegations the bank has fostered a toxic culture of sexism and drug use.

In an extract of the deposition lawyers for ANZ grilled the executive about sexual abuse she suffered as a freshman at university in America.

When the executive’s lawyers tried in to object to the questions, ANZ lawyer at the time Christopher Lowe defended its line of questioning by implying that the employee may have overreacted to an innocuous incident.

“Say I got a splinter in my finger and then I tell you I had all these treatments and traumas and it really affected me, but I never told you what the incident was. So how are you supposed to judge whether that is a reasonable reaction or not, or whether that is how anyone would react?” Mr Lowe said.

For example if I patted my secretary on the bottom she might view that as sexual abuse. If I were to rape her that is also sexual abuse.

Mr Lowe added: “For example if I patted my secretary on the bottom she might view that as sexual abuse. If I were to rape her that is also sexual abuse.”

The executive is then required to relate the incident to the lawyers.

She described it saying: “Freshman year of college I was taking a bus back from New York to Buffalo. I woke up to find the stranger next to me, his hand in my v—–”.

She then explains that she did not go to the police, but told her boyfriend at the time. 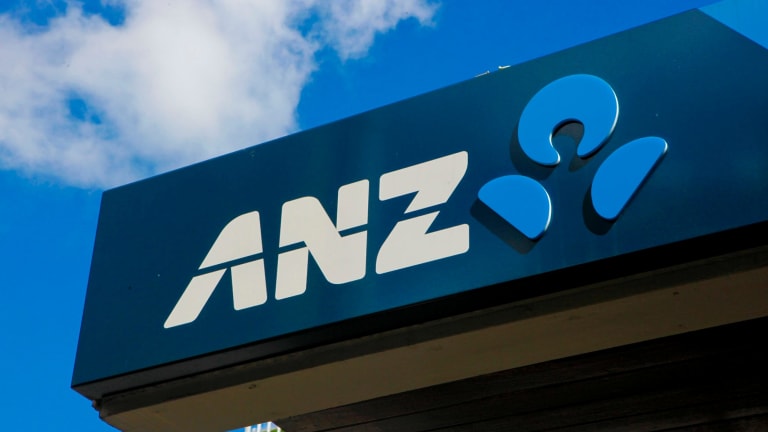 ANZ Bank has had issues with culture.

The former trader was also pressed about whether she attended sex workshops outside of work, with her saying she did not.

The trader's lawyer Renan Varghese said in an application to have the testimony removed from the trial that “it appears as if the defendants intend to use this material at trial to similarly embarrass and demean” his client in front of a jury.

"This disgraceful tactic constitutes a blatant continuation of the harassment and retaliation [the trader]
suffered at ANZ."

This disgraceful tactic constitutes a blatant continuation of the harassment and retaliation [the trader] suffered at ANZ.

A spokesman for ANZ said the bank was disappointed in the line of questioning that was put to their former employee by their external lawyers.

“We are aware that the law and practice in the United States is different to Australia, however the questioning was not consistent with our culture or values and we don’t consider her past sexual history or her being the victim of sexual abuse relevant to our defence,” the spokesman added.

“We have spoken with our external lawyers in New York, and can assure [the trader] that we will not be raising these matters as part of the trial.”

The former ANZ executive alleges she was asked continually about her sexual history at a work dinner, that male staff members bragged openly about attending sex bars, and Mr Nursey had told a female colleague she “can suck my d—k” when she complained how he handled a trade.

She also alleges Mr Nursey repeatedly told her a task was "so easy a monkey could do it".

ANZ grilled the trader in a deposition ahead of the matter going to a jury trial in September this year to further its defence against the former trader’s claim that she suffered emotional distress as a result of the alleged harassment.

Fairfax Media has chosen not to name the senior trader at her request.