TOKYO (Reuters) – Asian stocks rose across the board on Friday, buoyed by gains in U.S. technology shares while investors awaited several key events next week including U.S.-China trade talks. 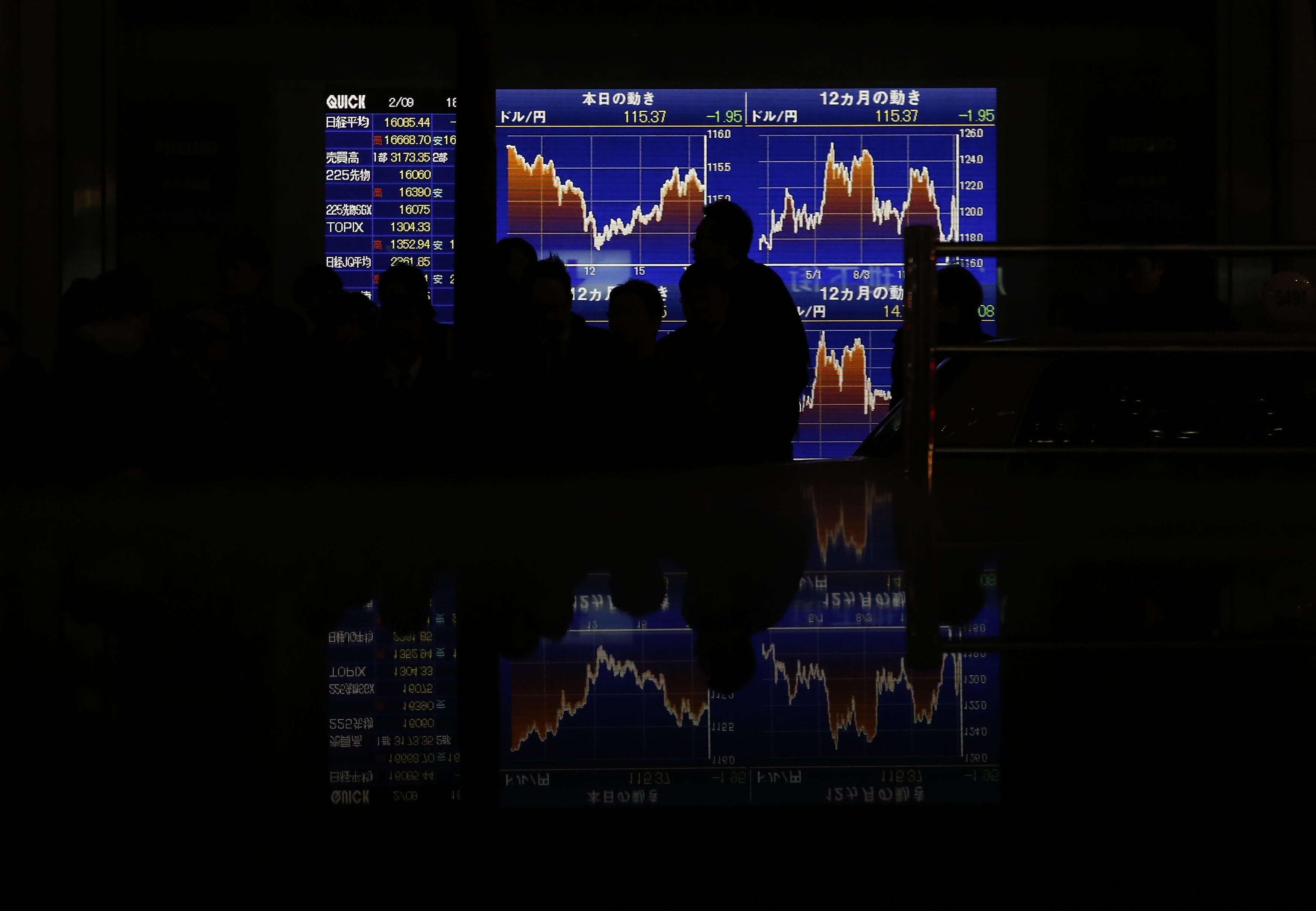 The euro struggled near a six-week low versus the dollar following dovish-sounding comments from European Central Bank President Mario Draghi, who expressed concerns about the euro zone economy.

MSCI’s broadest index of Asia-Pacific shares outside Japan gained 0.95 percent to scale its highest since Dec. 4.

The index was headed for a gain of 0.6 percent this week, with strong corporate earnings helping somewhat to counter growing concerns over slowing global economic growth.

Japan’s Nikkei advanced 1.4 percent with technology companies boosted by a surge in their U.S. peers. [.T]

“Investors who were already excited about the U.S. chip sector’s earnings the day before got even more reassured after they saw how their stocks moved,” said Shogo Maekawa, a global market strategist at JPMorgan Asset Management.

Maekawa added that a recovery in the global cyclical chip sector is taken as a silver-lining amid concerns about a global economic slowdown.

A synchronized global economic slowdown is under way and any escalation in the U.S.-China trade war would trigger a sharper downturn, according to the latest Reuters polls of hundreds of economists from around the world.

“Equities may be drawing some support but the markets are bracing for next week’s events,” said Masahiro Ichikawa, senior strategist at Sumitomo Mitsui Asset Management.

“The U.S.-China trade discussions will provide insight into how talks are progressing, while the British parliamentary voting is a key Brexit event. And there is also the FOMC (Federal Open Market Committee) meeting.”

Chinese Vice Premier Liu He will visit the United States on Jan. 30 and 31 for the next round of trade negotiations with Washington.

The two sides are “miles and miles” from resolving trade issues but there is a fair chance they will get a deal, U.S. Commerce Secretary Wilbur Ross said on Thursday.

The British parliament will debate and vote on Prime Minister Theresa May’s Brexit “plan B” on Jan. 29, and the U.S. Federal Reserve concludes a two-day policy setting meeting on Jan. 30.

The Nasdaq had risen roughly 0.7 percent on Thursday thanks to a rally by chipmakers, while the S&P 500 edged higher and the Dow closed nominally lower as anxiety about slowing global growth and the Sino-U.S. trade dispute undercut a spate of strong earnings. [.N]

In currency markets, the euro was a shade firmer at $1.1316 but still in close reach of a six-week trough of $1.1289 plumbed overnight. The euro was down 0.4 percent this week.

The single currency slid after ECB President Draghi acknowledged on Thursday that economic growth in the euro zone was likely to be weaker than earlier expected due to the fall-out from factors ranging from China’s slowdown to Brexit.

Germany has dropped its economic growth forecast for 2019 to 1.0 percent from 1.8 percent due to slower global economic growth and uncertainty about Britain’s exit from the European Union, the Handelsblatt newspaper reported on Thursday.

The ECB had left its policy stance unchanged as expected on Thursday and Draghi’s downbeat comments added to speculation that the central bank will hold back on interest rate hikes that some market watchers had expected in October.

The pound was up 0.4 percent at $1.3109 after brushing a two-month high of $1.3130, lifted after The Sun reported on Thursday that Northern Ireland’s Democratic Unionist Party has privately decided to back Prime Minister May’s Brexit deal next week if it includes a clear time limit to the Irish backstop.

The dollar nudged up 0.1 percent to 109.74 yen and on track to end the week little changed.

The benchmark 10-year U.S. Treasury note yield was slightly higher at 2.724 percent after dropping to a one-week low as concerns over slowing global growth supported safe-haven government debt. [US/]

Crude oil extended gains after rallying the previous day as the United States threatened sanctions on Venezuela’s crude exports as the country descended further into political and economic turmoil. [O/R]

U.S. crude oil futures were up 1.3 percent at $53.82 per barrel after gaining 1 percent on Thursday.