TOKYO (Reuters) – Asian shares rose on Thursday after Wall Street managed to end higher, but gains were capped by political uncertainty in the United States and worries about weakening global economic growth. 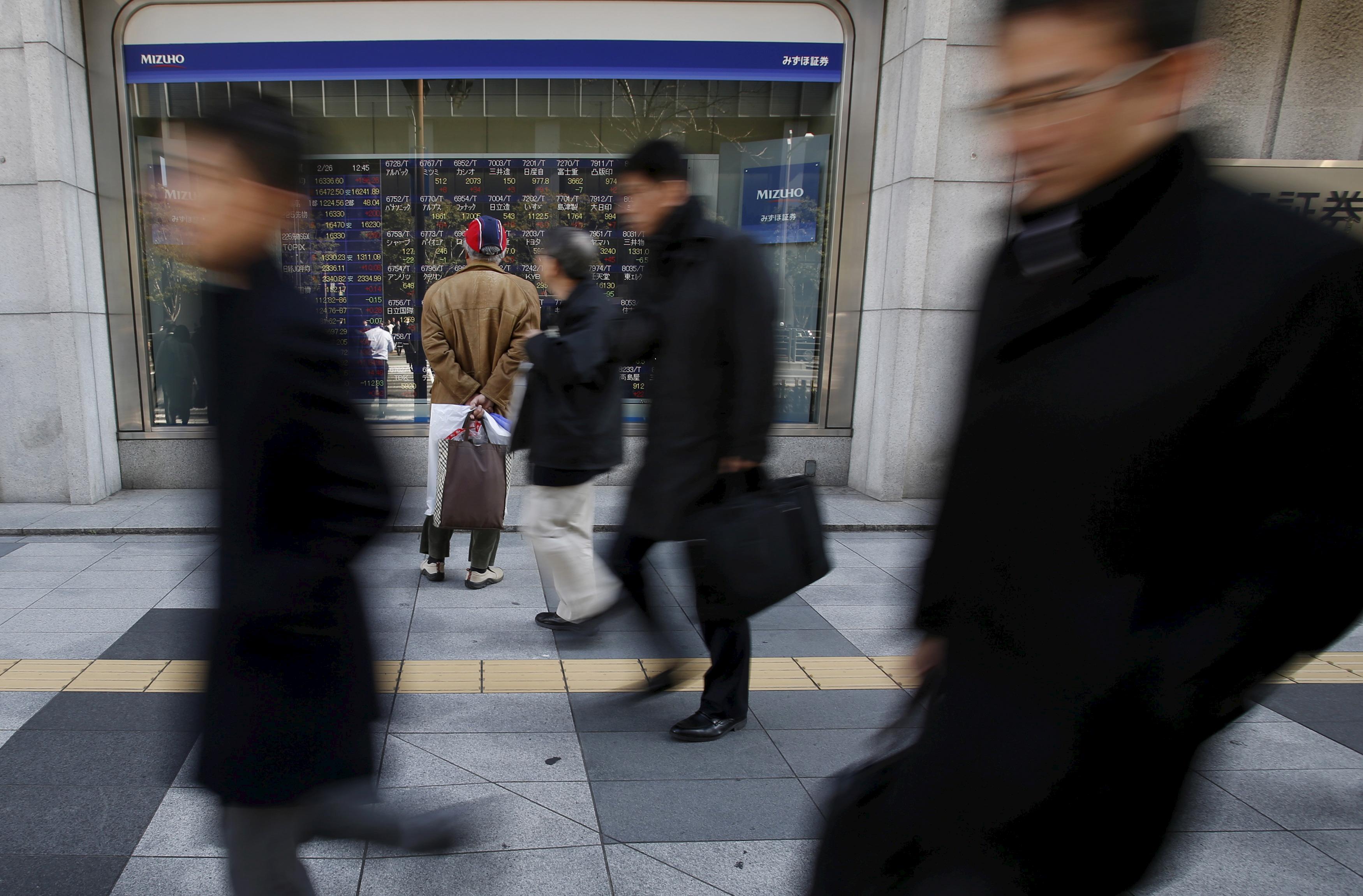 MSCI’s broadest index of Asia-Pacific shares outside Japan .MIAPJ0000PUS was up 0.2 percent. It has gained 3.8 percent so far this month.

But demand for riskier assets continued to be dented by uncertainty over the U.S. government shutdown, and the yet-unresolved trade standoff between the United States and China.

White House economic adviser Kevin Hassett said in a CNN interview the U.S. economy could see zero growth in the first three months if the partial government shutdown lasts for the whole quarter.

“Equity prices are likely to consolidate as long as there’s no economic data out of the United States or China that show the slowdown is deeper than what the market already assumes,” said Masahiro Ichikawa, senior strategist at Sumitomo Mitsui Asset Management.

On Wednesday, U.S. President Donald Trump said on Wednesday that the United States was doing well in trade talks with China, saying at a White House event that China “very much wants to make a deal.”

Analysts at Capital Economics warned that China’s economic slowdown looks set to be of a similar scale to that in 2015-16, though there are some significant differences so far, most notably less downward pressure on the yuan and no signs of major capital outflows.

“Against a backdrop of various concerns about other economies, weakness in China adds to reasons to expect a marked global slowdown,” they wrote in a note.

“Since China makes up 19 percent of the world economy, the slowdown this year compared to last will knock 0.2pps (percentage points) off global growth.”

The ECB is widely expected to stay on hold at its first monetary policy meeting of 2019 that ends later on Thursday, but may acknowledge a sharp slowdown in growth, raising the prospect that any further policy normalization could be delayed.

The ECB’s meeting will come a day after the Bank of Japan cut its inflation forecasts on Wednesday but maintained its massive stimulus program, with Governor Haruhiko Kuroda warning of growing risks to the economy from trade protectionism and faltering global demand.

Data released earlier on Wednesday showed Japan’s exports in December fell 3.8 percent from a year earlier, the most since October 2016.

In currency markets, the dollar last was a shade weaker against the yen JPY=, changing hands at 109.55 yen per dollar. JPY=.

Sterling hit a fresh 11-week high against the dollar, rising to $1.3084, on bets that a no-deal Brexit can be avoided if parliament exerts greater control over the process.

Solid Australian jobs data for December helped support the Australian dollar AUD=D4, which rose 0.2 percent to $0.7158. The Aussie is up 1.4 percent against the greenback so far this year.

The yield on benchmark 10-year Treasury notes US10YT=RR fell to 2.744 percent compared with its U.S. close of 2.755 percent on Wednesday.

In commodity markets, oil prices extended their slide from Wednesday when they slipped as the EU sought to circumvent U.S. trade sanctions against Iran, and on weaker U.S. gasoline prices. [O/R]