The corporate regulator has launched court action alleging advertisements spruiking crypto asset Qoin misled consumers by giving them the false impression they could confidently exchange it for other currencies and that there was an increasing number of merchants who would accept it.

More than 79,000 individuals and entities who bought Qoin may have believed that it was compliant with financial services laws, however the Australian Securities and Investments Commission alleges this was not the case.

ASIC lodged civil penalty proceedings in the Federal Court against BPS Financial, the Gold Coast company behind Qoin, on Monday night, alleging it had engaged in unlicensed conduct and released misleading promotional material. 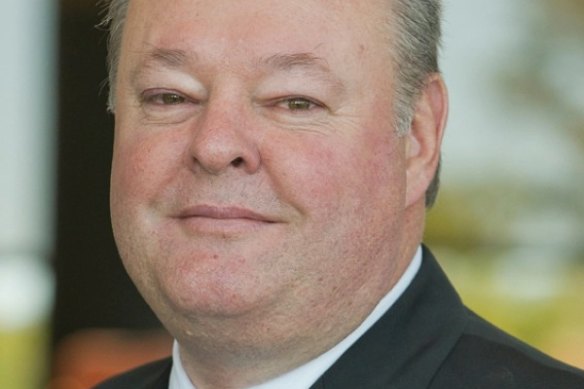 “This is an important case for us because it is the first occasion really where we’ve taken court proceedings alleging that a crypto asset offering, so here the Qoin facility … is a financial product that is being offered,” said ASIC deputy chair Sarah Court.

“Therefore there’s an important thing that flows from that, which is that we say BPS Financial needs an Australian financial services licence to market and promote this product.”

The other part of the case revolves around alleged misrepresentations within the online marketing of Qoin. These included representations made to investors that the crypto asset could be traded on various exchanges. ASIC alleges there were periods when it was not possible to exchange Qoin tokens through independent exchanges.

The marketing also gave the impression that the Qoin ecosystem was significantly growing and expanding, however ASIC says the number of merchants was declining.

The corporate regulator claims BPS Financial made representations that the Qoin facility was regulated and approved in Australia.

“Indeed that was not the case because there was no licence, which really meant there was no regulatory system around this facility,” said Court.

“We are concerned by those allegations. We want to make sure that people that are choosing to invest in crypto assets can properly inform themselves as to the risks and the kind of product that they are purchasing. So this case is really about ensuring that if a product issuer wants to market and sell a product that includes or is a crypto asset, that consumers and investors can rely on the promotional material on the representations that are made about that asset.”

In a statement, Tony Wiese, one of the directors of BPS Financial who refers to himself as the “Governor of the Qoin Reserve”, said the company would be defending the matter.

“BPS is reviewing the allegations … BPS does not agree with ASIC’s position and, confident of its position, will be defending the matter,” he said.

“Before it started, BPS consulted with ASIC in late 2019 regarding the structure of the Qoin project and did so again in early 2021. BPS will keep the community updated as it is able to.”

ASIC is seeking that the court make a finding that the Qoin facility is a financial product and that BPS needs to be licensed to issue it.

The action by the corporate watchdog comes several months after it reiterated its key priority was to warn consumers about the risks involved with the crypto investment space. Court on Tuesday said that it was a “vexed issue”.

“We know that lots of consumers and investors are really keen to invest in crypto assets and that is absolutely their right. What we’re concerned to make sure that people know is that crypto assets are highly volatile products. They’re inherently risky and they are complex.”

The federal government announced in August that Australia would become the first country to chart the number, type and underlying code of available cryptocurrencies. It will “token map” the Australian crypto asset sector as a first step towards fresh regulation in the area, which the tax office estimates more than one million people have “interacted” with since 2018.

The industry has been calling on the government to introduce legislation to reduce the risk for investors and turn crypto into an established, safer asset class. The former Liberal government developed draft reforms last year which regulators and Treasury are assessing and implementing.