Australian Ethical has started formal merger talks with Christian Super in a deal that could create a $9 billion superannuation fund, after the religious industry fund was singled out by the corporate regulator for underperformance and given a deadline to merge.

The two funds have signed a memorandum of understanding and will update members by late May on whether a deal, that would create the country’s second largest ethical super fund, will proceed. 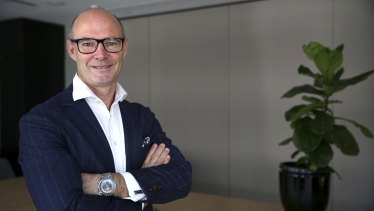 Christian Super was named and shamed by the Australian Prudential Regulation Authority (APRA) in two performance assessments last year, scoring among the worst performing for both MySuper (default) and choice (non-default) funds.

APRA’s tests measured returns and fees against a tailored benchmark, and Christian Super was one of just three that failed both categories, alongside Australian Catholic Super and EISS Super.

Following the regulator’s efforts to highlight dud funds, APRA instructed Christian Super to find a merger partner by June this year, after determining members were suffering as a result of persistent underperformance.

Christian Super charges above-average fees to provide its membership with a range of social impact investments, including disability and homelessness initiatives.

The performance test was part of the federal government’s reform agenda launched last year that forces all super fund investments to result in financial benefits to members, which raised questions around investment strategies that place social impact at the heart of financial decisions.

On the sidelines of the Responsible Investment Association Australasia conference in Sydney on Wednesday, Christian Super chief executive Ross Piper said the fund’s underperformance was caused by a mix of an overly conservative investment approach and poor managers.

Mr Piper said the fund had already begun searching for a merger partner ahead of APRA’s intervention, as smaller funds find it increasingly hard to compete in the $3.5 trillion sector. “The underperformance was not a function of the fund’s ESG [environment, social, governance] or ethical approach,” he said.

The responsible investment movement has been described as one of the fastest growing investment trends worth trillions of dollars globally, particularly in the superannuation sector, as investors seek to use capital to accelerate the green energy transition and other social initiatives.

Christian Super’s branding and board representation will be discussed as part of the merger negotiations, Mr Piper said, but the aim was to save costs by completing a full merging of operations. “The view is we’re not running as two separate organisations,” he said.

The merger of an ASX-listed for-profit fund with an industry fund, that returns profits to members, is novel for the sector. Although Mr Piper said this was a “non-issue” as both funds would benefit from maximising returns while maintaining the responsible investment thesis.

The responsible investment movement has been described as one of the fastest growing investment trends worth trillions of dollars globally, particularly in the superannuation sector, as investors seek to use capital to accelerate the green energy transition and other social initiatives.

Millennial-focused Future Super, which also has products that have been targeted by APRA for excessive fees, announced plans last year to merge operations with SmartMonday to create a $10 billion fund as it seeks to become the country’s largest ethical fund.