The country’s largest superannuation fund, AustralianSuper, has penned a deal worth $3.58 billion, to jointly acquire telecommunications infrastructure firm, Axicom, as it seeks to cash-in on rising demand for mobile connectivity.

AustralianSuper, which has $260 billion in assets under management, has bought Macquarie’s Axicom in partnership with Singtel-owned Australian Tower Network (ATN). 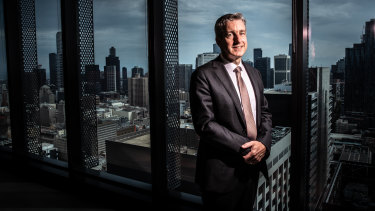 Super funds are seeking out these types of assets to gain steady income from lease contracts with telecommunications companies who rent space on the towers to install their equipment. The sector is poised for growth as demand for mobile connectivity increases around the world.

AustralianSuper made its first foray into telecommunications investing in October last year when it bought a 70 per cent stake in ATN, which included a 20-year contract with Optus. The Axicom acquisition will now push AustralianSuper’s stake in ATN up to 82 per cent.

The deal is part of AustralianSuper’s strategy to reach $500 billion in assets by 2026 and will wind back its reliance on fund manager IFM Investors for strategic investments in unlisted assets. AustralianSuper is saving costs by bringing investment capabilities in-house.

“Axicom has all of the characteristics we are looking for in an infrastructure asset and there are strong synergies between the two organisations,” he said.

Singtel group chief corporate officer Lim Cheng Cheng said the acquisition was a “unique opportunity” to scale up ATN’s operations and expand its customer base.

“In combining ATN and Axicom, AustralianSuper and Singtel will be working closely to realise the significant operational synergies created.”

AustralianSuper has a large infrastructure portfolio including Australian assets such as NSW Ports, Ausgrid, WestConnex, Transurban Queensland, Sydney and Perth Airports. The fund said it will continue to seek global and local investments in the telecommunications sector.

“AustralianSuper is looking to double its infrastructure portfolio over the next five years from its current $31 billion. We believe that there will be significant growth in demand for digital infrastructure and will actively consider future opportunities in this space,” Mr Kemp said.