Former Shell Oil President John Hofmeister argues the Biden administration’s pause in oil and gas leasing on federal lands will create a ‘psychology’ in the industry that there will be less available.

EXCLUSIVE: A group of House Republicans and at least one Democrat will send a letter to the Biden administration warning that its pause on new oil and gas permits is having a negative impact on existing operations.

The lawmakers will tell acting Interior Secretary Scott de la Vega that local officials are unable to process approval for rights of way – which includes pipelines for take-away of associated gas production from producing oil wells and pipelines to transport oil to buyers.

BIDEN TO BAN NEW PERMITS FOR DRILLING ON FEDERAL LANDS, WATERS FOR ONE YEAR

“The suspension on approving rights-of-way has caused significant problems for producers, as the lack of these right-of-way permits has threatened to completely shut down existing operations on existing federal leases with approved permits to drill and increased the possibility for multiple types of environmental hazards on federal lands, such as producers needing to flare associated gas production for lack of a gas take-away lines and a significant increase in truck hauling of produced oil and water for operations,” the letter, first viewed by Fox, will say.

New Mexico Rep. Yvette Herrell, a Republican, asks for the Department of Interior to respond by March 19.

Henry Cuellar of Texas and Vicente González of Texas are the two Democrats to sign. 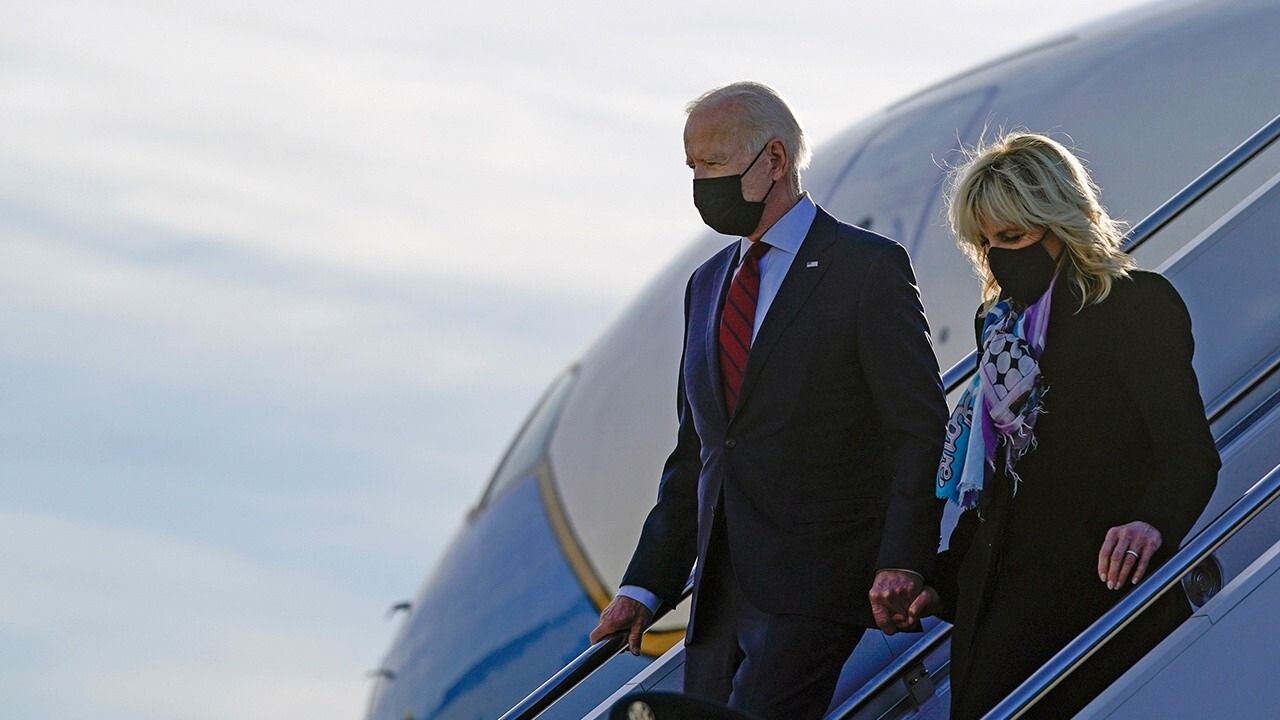 President Biden, in one of his first actions in office, put a 60-day pause on the issuance of new permits and leases for drilling and fracking on federal lands. Days later he signed an executive order suspending new oil and gas leasing in an effort to combat climate change.

The American Petroleum Institute projects a drilling ban on federal lands and waters extended through 2030 would result in 1 million job losses by 2022 with the biggest impact being felt in the states of Texas, Wyoming and New Mexico.

Such a ban would also reduce U.S. gross domestic product by $700 billion and erase $9 billion of revenue, some of which is used to fund education and conservation programs.

Biden has promised to “transition” the U.S. economy away from fossil fuels. His climate plan uses Democratic New York Rep. Alexandria Ocasio-Cortez’s Green New Deal, which calls for the U.S. to reach net-zero carbon emissions by 2050 as a “framework.”