The big four banks are forecast to rake in record combined profits of more than $33 billion this financial year, even as investors remain wary about the risk of rising bad debts caused by a weakening economy.

Australia’s four largest lenders last year notched up their highest combined profits since 2018, as higher interest rates gave margins a boost in the second half. Analysts expect the trend will continue into this year, driving earnings higher. 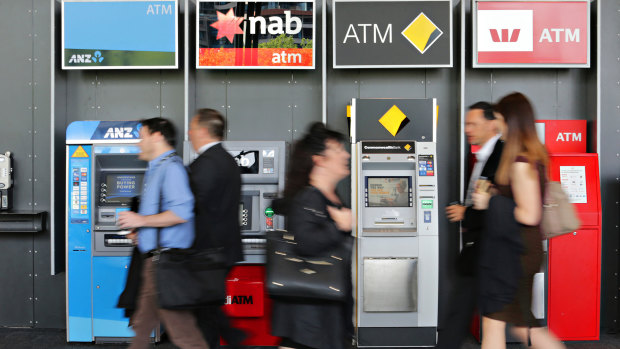 The outlook comes as markets have started the year strongly, with some analysts highlighting signs the domestic and global economy could be weathering inflation and higher interest rates better than expected.

Recent UBS research says the consensus analyst forecast is for the big four banks’ combined cash earnings to hit $33.5 billion in the 2023 financial year, up from $28.5 billion last year. The current record for the big four’s annual earnings is from 2017, when combined profits exceeded $31 billion.

The key reason for the expected growth in profits this year is sharply higher net interest income. Banks’ net interest margins – which compare funding costs with the rates on loans – have widened significantly after the Reserve Bank’s eight consecutive increases in interest rates last year.

Lenders passed on the rate rises to home-loan customers in full, but have been much slower to raise deposit rates, a dynamic that has widened margins, but also sparked scrutiny from the competition watchdog. Rates have continued to climb higher in the months since the banks’ latest results, from September.

Analysts add, however, that there are mixed forces affecting banks, with some also wary that higher rates will drive up loan losses.

Morningstar analyst Nathan Zaia said he was in the more optimistic camp, as he believed bad debts would ultimately return to longer-term averages rather than blow out sharply. In 2023, Zaia predicted the main driver of bank profits would be wider net interest margins.

“The obvious risks are what happens with loan losses, but I think the margin expansion story should outweigh that,” Zaia said.

Morgan Stanley analyst Richard Wiles said in a note he was optimistic about the outlook for margins in the near-term, but there was a risk that debt fears would hit bank share prices later in the year.

“For now, margin expansion and resilient credit quality underpin the earnings outlook. However,
the size and speed of the tightening cycle creates the prospect that weaker volume growth, declining margins, higher costs, and rising loan losses weigh on the banks’ share price performance in the second half of 2023,” Wiles said.

Opal capital portfolio manager Omkar Joshi said markets expected the banks would benefit from higher interest rates for much of 2023, without experiencing much of a rise in bad debts. While the banks’ bad debt charges were likely to eventually climb higher, Joshi said there were no signs of this happening yet, and it may not occur until late 2023 or 2024.

“The fact that margins have improved so much means you’ve got earnings upside for now,” Joshi said.

Equity markets have had a strong start to the year, with the ASX up more than 6 per cent in January and major bank share prices also climbing in early 2023, amid hopes inflation is cooling.

Joshi noted there had been strong January updates from retailers including JB Hi-Fi and Super Retail Group, and said these suggested higher interest rates were yet to meaningfully slow spending in the economy.

“We have not really seen any material impacts from rates going up yet,” Joshi said.

Goldman Sachs analyst Andrew Lyons this week predicted bank margins would continue to benefit from “tailwinds” in the year ahead, though there was a risk from rising wholesale funding costs.