New York (CNN Business)Most big financial stocks have been decimated this year, but BlackRock, the world’s largest asset manager, is thriving. It just might be the new king of Wall Street.

BlackRock (BLK) shares are up 1% this year. That may not sound fantastic, but eking out a gain of any kind in this environment is notable. The Financial Select Sector SPDR Fund (XLF), an exchange-traded fund that owns most of the big bank stocks, has plunged nearly 30% so far in 2020.
The US Federal Reserve recently tapped BlackRock to run the central bank’s plan to invest in so-called junk bond ETFs, a move that has raised eyebrows since BlackRock runs several large fixed-income funds that own high-yield corporate bonds.

The Fed has also slashed interest rates to deal with the Covid-19 outbreak and investors are worried about what impact this will have on the profit margins of the lending operations of the big banks. 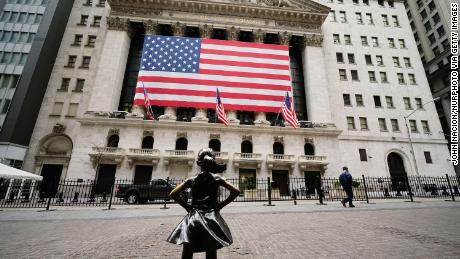 The slowdown in merger and initial public offering activity is also bad news for the likes of Goldman Sachs (GS), JPMorgan Chase (JPM), Bank of America (BAC), Morgan Stanley (MS) and Citigroup (C). Those five stocks are all down between 20% and 45% this year.

But BlackRock is still seeing huge demand for its iShares family of ETFs, despite the market turmoil.

iShares ETFs are more popular than ever

The company announced in April that it posted $13.8 billion in net inflows to iShares ETFs during the first quarter. iShares now has $1.85 trillion in assets under management, nearly 30% of the firm’s $6.47 trillion in total assets.
“The ETF business continues to strengthen and is powering the whole company,” said Mac Sykes, an analyst with Gabelli Funds, which owns a small stake in BlackRock. 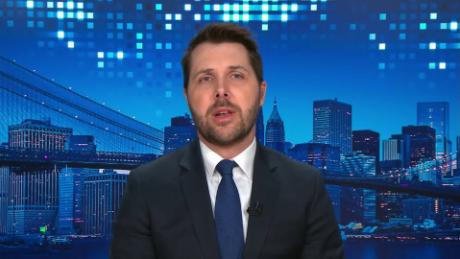 And even though top regional bank PNC (PNC)recently announced plans to sell its more than 20% stake in BlackRock, a move that may be a sign PNC is on the prowl for an acquisition, BlackRock is set to offset the blow by repurchasing more than $1 billion of its own stock.
So BlackRock could emerge from this market pullback as a company that will be able to report even higher earnings per share since it will have fewer shares outstanding.
The recent market crisis could also help BlackRock, as well as other big asset managers, now that the Fed is planning to buy junk bond ETFs as part of its many stimulus efforts.
Bloomberg pointed out in recent story that BlackRock will advise the New York Fed as it looks to invest in ETFs but that it will not charge any fees for doing so.

Still, BlackRock could also (somewhat controversially) wind up generating more fees from ETFs it caters to individual investors — particularly socially responsible ETFs that BlackRock CEO Larry Fink has championed over the years.
The Institute for Pension Fund Integrity, a firm that tracks state and local pension funds, said in a report this week that the iShares Global Clean Energy ETF (ICLN) has an expense ratio that is significantly higher than its iShares Core S&P 500 ETF (IVV).
The shift to so-called ESG (environmental, social and corporate governance) funds might be about more than just doing the right thing.
“BlackRock’s ESG shift is really about generating more money for the firm. Pensions need to be focused on generating returns and BlackRock going this route undermines the low cost benefit of indexing,” said the Institute for Pension Fund Integrity in a report.
“Over time, BlackRock will look less like a low-fee, efficient index provider and more like a higher-fee forecaster of economic and social trends, with a bias toward stocks and bonds that meet its new ESG bias,” the firm added.
Still, BlackRock is latching on to a trend that has captured the minds of many socially conscious investors.
“Asset flows into ESG mutual funds and ETFs had been steady for much of the past five years before skyrocketing in 2019,” said Brian Price, head of investments for Commonwealth Financial Network, in a report.

“There was no watershed moment that caused this surge, but it did put the industry on notice. ESG investing had evolved into anything but a fad and appeared, in fact, to have become a permanent fixture in the investment management landscape,” Price added.
So even if investing in ESG is not just for altruistic purposes, it’s an undeniably savvy move that should benefit BlackRock.
Source: Read Full Article