It's a great pity that the banks are weighing in so publicly to support the rollback of our responsible lending laws.

Just when they’ve done so much during the pandemic to rebuild trust with the Australian community by helping with mortgage and loan moratoriums, they throw it all away.

Writing on this masthead, the Australian Banking Association’s chief executive Anna Bligh announces the banking industry’s support for the federal government’s proposal to repeal basic consumer protections. In doing so, she seems to forget the lessons of the financial services royal commission. 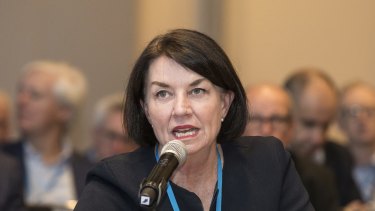 No one will forget the stories of banks giving unaffordable loans to pensioners with little care for their vulnerability, or aggressively increasing the credit card limits of people struggling with gambling addiction. These stories were just the tip of an iceberg.

It was after a dedicated round of hearings on consumer lending that Commissioner Kenneth Hayne made his first recommendation: that the responsible lending laws in the National Consumer Credit Protection Act should not be amended to alter the obligation to assess unsuitability. Commissioner Hayne also made recommendations that sought to improve the enforcement of laws like responsible lending, recognising that they were no good if they were not enforced.

The short memory of bankers, and their hypocrisy, needs to be called out.

When the final report of the banking royal commission was handed down, the banks talked about rebuilding trust. Bligh said "[banks] will earn that trust by being trustworthy. And that means implementing all of these recommendations".

Do big banks think trust can be earned by going back on their commitments?

In her opinion piece, Ms Bligh says "no bank has an interest in lending to a customer that cannot repay".

This sounds neat, but it is only half the story. The reality is that there is profit to be made through keeping people in debt and pushing them to the edge.

Recall the situation of royal commission witness Nalini Thiruvangadam. Nalini was given an unaffordable car loan by Westpac's Bank of Melbourne after a car dealer put inaccurate information on her application. Westpac knew full well of her financial position, as she had an account with them and had also asked for a loan from them previously. The loan granted to her was unaffordable from the start.

Nalini made many payments to her detriment, pawning her beloved jewellery and falling behind on her rent. Nalini was often in arrears on her loan but kept making payments for a number of years. This meant the bank and the car dealer who arranged the loan profited handsomely from the arrangement, raking in commissions and late fees.

The same can be said of thousands of people who carry large debts on credit cards at high interest over many, many years.

The reality is there is a difference between a lender's credit risk appetite and what is affordable to a borrower. This was recognised by Parliament when introduced responsible lending laws more than 10 years ago.

The explanatory memorandum that is published with the law explains this: "Credit providers' internal standards and guidelines would be expected to factor in the credit provider’s own policies on risk exposures and may vary from time to time, in line with changes to the risk appetite of the credit provider, … the fact that an application for credit satisfied a creditor's own policies for affordability does not necessarily mean that it meets the [responsible lending] standard".

The short memory of bankers, and their hypocrisy, needs to be called out.

Bligh also says that the proposed repeal, while abolishing the role of the Australian Securities and Investments Commission in overseeing responsible lending, would maintain the oversight of the other banking regulator, the Australian Prudential and Regulatory Authority (APRA).

The problem with this is that APRA's role is to ensure financial stability of the banks, not protect individual consumers. APRA is there to make sure banks aren't putting themselves in such risky positions that they might go bust. In fact, a bank that engages in lending practices that maximises profitability is likely to be treated favourably by APRA. This is because the bank is more profitable and stable. APRA simply doesn't have a consumer protection mandate.

The facts are that the proposed repeal of responsible lending rules substantially reduces consumer protection. It does this in three main ways.

First, it reduces legal rights for consumers. The change will remove a person’s right to take legal action for compensation for a breach of responsible lending standards.

The ABA says borrowers will still have recourse to the courts, but their legal rights during any court action would be dramatically reduced. Furthermore, the powers of the independent dispute resolution body, the Australian Financial Complaints Authority (AFCA), will be neutered. AFCA’s rules limit its ability to consider complaints about credit risk, and removing responsible lending laws will make it harder to do its job.

Second, the proposal removes a swathe of criminal and civil penalties, particularly for banks. This reduces incentives for lenders to comply with good lending standards. This is because the changes reduce the likelihood that lenders will face court penalties for breach of lending standards.

The ABA says APRA can hand down penalties such as the requirement to hold more capital. This ignores the fact that APRA is unlikely to take action in relation to lending that is profitable to banks. The threat of public court enforcement action is a powerful disincentive to bad behaviour, but the new regime means this regulatory tool is far less likely.

Third, abolishing responsible lending laws weakens credit assessment processes. In particular, lenders will no longer be required to understand the borrower’s requirements and objectives for a loan, increasing the risk that an inappropriate loan – perhaps with greater fees or interest, or riskier conditions- will be provided.

When the banking royal commission’s final report was released, Bligh asked to not "judge banks by their words, judge them by their actions in the coming weeks, the coming months, as they implement this report."

We are doing just that. Actions that include outright lobbying against consumer protections and back-flipping in their support for royal commission recommendations.

Bligh has also quoted the old adage that trust arrives on a tortoise and leaves on a galloping steed. The tortoise just handed the baton back to the steed.

Gerard Brody is the CEO of the Consumer Action Law Centre.

A concise wrap of the day on the markets, breaking business news and expert opinion delivered to your inbox each afternoon. Sign up for the Herald‘s here and The Age‘s here.