Home » Markets » Calling in the professionals for nit removal

It all began with that telltale scratching.

Deborah McIntyre, the founder of No Nits Now, was living overseas in New York when her kids first got head lice.

"It was disgusting and overwhelming and to make matters worse I had them as well," she says. "I freaked out. I went to the chemist and bought everything I could and nothing worked. I tried everything from olive oil to pouring a bottle of Listerine over their heads." 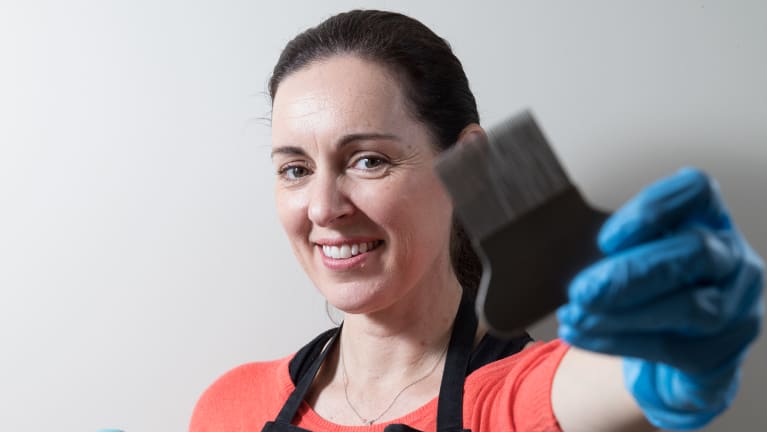 Deborah McIntyre of No Nits Now offers a mobile service where she visits people in their home to rid their hair of nits.

Eventually McIntyre discovered a woman who removed head lice with a comb and a conditioner, which she says "just made sense".

McIntyre claims the products sold by chemists are not effective and the trick to removing lice is in the combing technique.

"Nobody teaches how to comb anymore," McIntyre says. "When we moved back home to Sydney I set up a mobile service."

McIntyre started No Nits Now seven years ago and says business has grown to a turnover of about $100,000, with three contractors helping her meet demand.

"People get nits and try all these different things and then they give up and I get the desperate mums at the end of their tether," she says.

McIntyre says part of her service is teaching parents how to get rid of head lice themselves.

"I like to feel that I am empowering people and they are able to do it without me," she says. "I genuinely love helping people, it wasn't a great business idea to make a heap of cash."

However, the rise of outsourcing means head lice removal is one task many people are happy to avoid.

McIntyre says demand for the service is unpredictable.

"When people book you, they don't book you a week in advance," she says. "I got a text on Sunday at 8pm from a woman with six children just desperate." 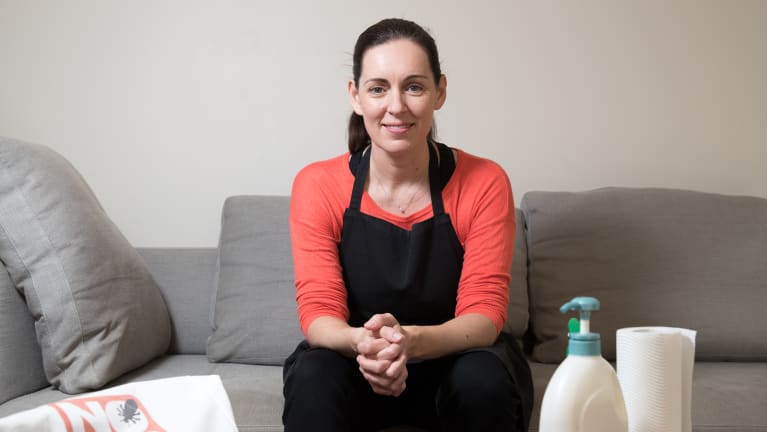 Deborah McIntyre tried everything to get rid of her children’s head lice.

Samantha Pollock is used to getting a strange reaction from people when she mentions her business The Halo Clinic.

"When I tell them what I do they start scratching their head within minutes," she says.

The Halo Clinic operates two head lice removal clinics in metropolitan Melbourne along with a mobile service for home visits.

Pollock started the business five years ago after "totally freaking out" when her daughter came home with a note from kindergarten saying there was a case of head lice in her class.

"I went to the pharmacy and it cost me $90 and then I spent three hours treating her," Pollock says. "At the end I still had no idea whether she had head lice or not."

The Halo Clinic uses an all natural baby shampoo treatment that stays on the head for 13 minutes. Staff then rinse out the treatment and comb all the dead lice out, with a follow-up treatment 10 days later.

Pollock learnt the technique from a hairdresser and ended up buying her business after six months.

A scalp analysis is $25, while scalp treatment for long hair is $120 per treatment with two treatments required.

The Halo Clinic turns over about $200,000 a year and has five staff, with plans for expansion interstate.

"Most families have both parents working these days and we are also time poor as well," Pollock says. "There is demand in the market for a service that can be guaranteed as most of the products on the shelf don't work as they come with incorrect instructions."

McIntyre and Pollock's claims that conventional head lice treatments are not effective is supported by research that shows commonly used insecticides aren't working as well as they once did against head lice.

Cameron Webb, lecturer at the University of Sydney, says a very high prevalence of “knockdown resistance” in head lice, a mutation in the insect that makes it less susceptible to insecticides.

Webb advocates the comb and conditioner method with treatment again a week later.

"A bit of time with our kids, getting them to sit still and work through their hair, is going to be just as effective as some of these insecticide treatments," he says.

Using this method to build her business, Pollock has gone from initial disgust at head lice to a fascination.

"It was literally something that made my skin crawl," she says. "But I've never looked back. It's like an addiction. You have to have the personality to do it."