LONDON (Reuters) – The Canadian dollar took the top spot against the struggling greenback in January as a combination of strong gains in risky assets and a 15 percent rally in oil prices boosted appetite. 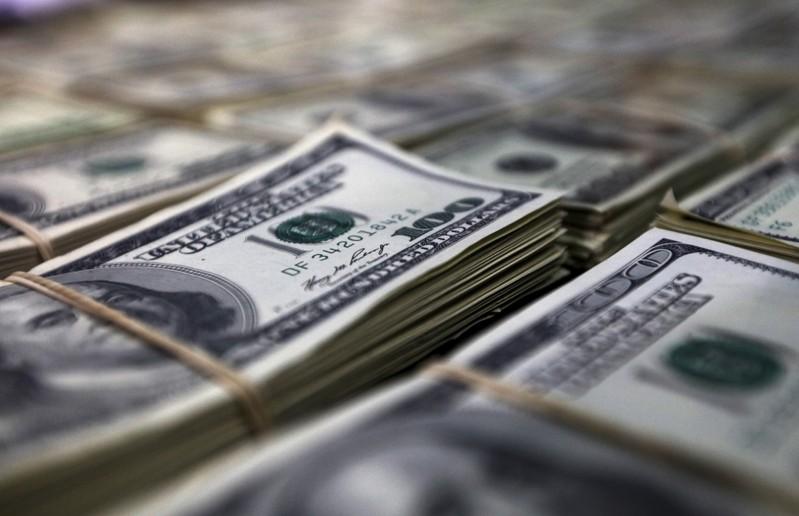 On Thursday, the dollar weakened across the board after the Federal Reserve pledged to be patient with further interest rate hikes.

The cautious words from the Fed sent perceived risk-oriented currencies such as the Australian dollar and the New Zealand dollar rallying against the greenback while investors sold the Japanese yen and the Swiss franc.

The Canadian dollar also benefited from a 15 percent rally in oil prices, with Canada a major exporter.

Still, investors were a bit wary of buying these currencies aggressively on some early signs that the overnight rally in risky assets may be running out of steam.

“European shares are down in the red and U.S. stock futures are flat and we need to see further signs of weakness from the U.S. economy before aggressively selling the dollar,” said fund manager Constantin Bolz of wealth manager Portfolio Concepts.

The Norwegian krone, Australian dollar and the New Zealand dollar have all gained roughly 2 percent against the dollar in January.

While the dollar entered 2019 as a consensus short bet among investors, a slowdown in China prompted some investors to cover their short positions though last night’s comments from the Fed may likely fuel appetite from hedge funds to short the dollar.

The Fed also said that the rundown of its balance sheet – or the stockpile of bonds it has accumulated over the past 10 years of quantitative easing – could slow too.

The drop in the dollar benefited the euro by overshadowing concern about weakening growth in the euro zone. It held firm at $1.1478, not far from a three-week high of $1.1504 hit overnight. For the month, the single currency was broadly flat.

“The flip-side of the dovish Fed is a stronger euro – this is something the European Central Bank will take note of, that could also bring forward some dovish ECB decisions to control that,” said Commerzbank strategist Rainer Guntermann.

But weakening economic momentum in the euro zone has led markets to price in an accommodative ECB through much of 2019. That may limit the upside for the euro over the medium term.

The dollar index, which tracks its value against six other major currencies, steadied at 95.355, not far from a three-week low of 95.16 hit overnight.

The Australian dollar added 0.3 percent to $0.7277 after rallying 1.3 percent on Wednesday, its largest percentage gain since Jan. 4.

Sterling, which is grappling with troubles of its own on uncertainty over the prospect of a chaotic British exit from the European Union, was up 0.1 percent at $1.3127.