The construction sector has probably seen the worst of the company failures that rocked the market as firms struggled to pass on surging costs to customers, says Commonwealth Bank’s group executive for business banking, Mike Vacy-Lyle,

Banks have underlined the financial risks in construction this year, and CBA, which is the lender to stressed home builder Metricon, said in its results on Wednesday the sector remained “challenged” and it expected an increase in stressed exposures. 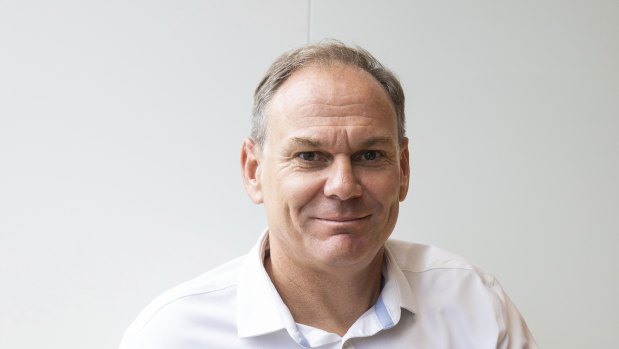 Even so, Vacy Lyle said on Thursday he was hopeful the major failures in that sector were now in the past, as he argued companies were adjusting to the pressures.

As inflation has surged, a series of collapses hit the construction sector as builders faced surging costs from materials such as timber, but were unable to pass these on to clients because of fixed-price contracts.

Vacy-Lyle said CBA continued to keep a close eye on the sector, and pointed to changes some operators had made in how they sourced materials.

“That is a story that’s been with us now for up to 18 months. We are probably midway to the back end of that story,” Vacy-Lyle said.

“So the businesses that are probably going to fail, have already, and the ones that are stressed, we know about.”

In response to the crunch on global supply chains, Vacy-Lyle said more Australian businesses were buying from domestic suppliers – though he said this was difficult for some products such as timber.

A CBA survey of 800 small and medium firms found 86 per cent of construction businesses expected their costs to keep rising over the year ahead, and construction companies were more likely than others to make plans to be more efficient, or reduce debt.

CBA’s results showed it had $11.2 billion in total exposure to the construction sector across the group.

Jefferies Financial Group on Thursday flagged CBA’s slowing credit growth and rising cost pressures after the bank warned of a challenging outlook during its full-year earnings results on Wednesday.

The country’s biggest lender, which has the worst consensus rating among banks worth at least $20 billion, now has zero buy-equivalent recommendations after a downgrade by Jefferies Financial Group Inc.

Commonwealth Bank now has no buy ratings, five hold ratings and 10 sell ratings, according to data compiled by Bloomberg. Australia’s three other major lenders each have at least six buy ratings.

Aside from construction, Vacy-Lyle said discretionary retail could be vulnerable to rising interest rates, saying the bank’s data already showed slowing spending on footwear and clothing, for example.

“Traditionally, they are a little bit of a canary in the mine, I suppose, for a consumer slowdown,” he said.

Against these risks, Vacy-Lyle said he was bullish towards agriculture – notwithstanding some uncertainty about the threat of foot and mouth disease. Overall, he predicted stress among business customers would rise, after a “very, very benign credit environment for a very long time”.

“There will be an increase in stress, but we are cautiously optimistic that it will be OK. There will be some failures; there always are failures in times like this,” he said.

Despite weakness in sectors such as construction, overall banks are benefiting from unusually low levels of bad debts, after COVID support that led to fewer-than-average insolvencies.

When asked if there were a backlog of businesses that had been kept afloat during the pandemic that may now struggle, Vacy-Lyle pointed to the outstanding debt that businesses owed the Australian Tax Office, but said he thought the ATO would “do the right thing” in collecting money it is owed.

The low level of bad debts were a key surprise in CBA’s results on Wednesday, with Citi analyst Brendan Sproules saying: “While investors’ concerns around asset quality have been mounting in recent months, they are seemingly not shared by CBA management in this result.”

Latest figures from the ATO show collectable tax debt owed by small businesses has risen to $24.3 billion in 2020-21, up from $16.5 billion in 2018-19. A spokeswoman said the ATO preferred to work with taxpayers to resolve their situation through engagement rather than enforcement.

“The ATO is offering tailored support and assistance to taxpayers with overdue debts and our preferred approach is always to work with taxpayers to resolve their situation through engagement rather than enforcement,” the spokeswoman said.