The Commonwealth Bank December half result provides another insight into the impact of the pandemic on the banks and the economy. It could have been a lot worse.

While CBA and its peers took their biggest hits last year, when they set aside massive provisions for likely loan losses, the December half was the period when the rolling and protracted lockdowns and the severe restrictions on travel had their most significant impacts.

In the circumstances, the 11 per cent fall in cash earnings to $3.9 billion – a decline somewhat magnified by general provisioning against the risk of future loan losses – isn’t what one might have expected from the country’s biggest bank during the most difficult period for the economy in the post-war period. 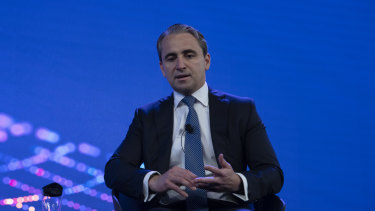 CBA chief executive Matt Comyn. Neither the bank nor the economy are out of the woods yet.Credit:Louise Kennerley

Certainly, last March, as the extent of the threat was recognised, the banks and governments feared something far more destructive.

Neither the bank nor the economy are out of the woods yet, despite the cautious reopenings of some of the sectors of the economy most affected by the pandemic, but the worst fears of bankers, economists and politicians aren’t being realised.

Markets are pricing in a rapid recovery and downplaying the risks, with equity markets at or near records and the yield curves in bond markets steepening.

The full impact of the pandemic will be felt once the federal government’s support programs wind down next month, with the aviation, tourism and entertainment sectors that have effectively been shut down most exposed.

The banks, however, are heavily provisioned and strongly capitalised – CBA’s common equity tier one capital ratio of 12.6 per cent is a full percentage higher than it was at June last year and would rank among the highest in the world – and can absorb whatever losses might flow without generating stress within the financial system.

While an economic recovery is clearly developing here and elsewhere it isn’t without risk. More outbreaks of the virus, new and more dangerous mutations and queries over the effectiveness of some of the vaccines are obvious risks, along with the rate and eventual coverage of the vaccinations.

Markets are pricing in a rapid recovery and downplaying the risks, with equity markets at or near records and the yield curves in bond markets steepening. The key US yield curve, which plots yields for bonds with maturities from as short as three months to as long as 30 years, is now at its steepest for more than five years.

That implies growth and, for the first time since the financial crisis more than a decade ago, a meaningful increase in inflation.

The buzzword in markets isn’t, however, inflation but “reflation,” which is a different concept.

Essentially the markets are pricing in a rapid return to global economic growth, regardless of whether or not it is accompanied by inflation in consumer prices and business input costs, and looking for “reflation trades,” or for sectors and stocks that would benefit most from a rebound in activity.

They’re not looking at the bond market, where yields are already rising (and therefore bond prices are falling) in anticipation of accelerating growth, but at sectors like banks, oil producers and producers of commodities more generally and smaller capitalisation stocks that generally perform well in periods of economic growth.

At some point, depending largely on the effectiveness of the vaccines and some return of international travel, airlines, cruise lines, travel companies and the other sectors most adversely affected by the pandemic will also make a comeback.

Bankers and insurers (and defined benefit pension funds offshore) will be looking at the shift in interest rates in recent weeks and the steepening of yield curves and hoping, some desperately, that it continues.

Banks borrow short and lend long and generate income on their shareholder capital. Insurers also rely on fixed interest income on their capital and reserves and are also exposed to the discount rate on their claims liabilities, which moves in line with risk-free rates.

The steady fall in central bank policy rates since the financial crisis has been exacerbated by the pandemic to the point that most of them are at or below zero. That compresses the net interest margins that generate the core of banks’ profitability and undermines the solvency of insurers. 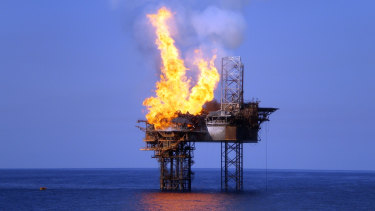 CBA, for instance, has the fattest margins of any of the Australian banks. It had a net interest margin of about 2.11 per cent in the period ahead of the pandemic (it was about 2.2 per cent ahead of the 2008 financial crisis) but in the latest half fell 10 basis points to 2.01 per cent.

Commodity producers are particularly exposed to economic growth and, among the commodities, oil and copper provide perhaps the most leverage to growth.

Oil prices, which traded below $US20 a barrel as the pandemic emerged last year, have been rising strongly. In the past three months they have surged from less than $US40 a barrel to more than $US60. The copper price has risen 22 per cent in the last three months. They’re both signalling a strong recovery.

Australia, having contained the virus as well or better than any other major economy, with a starting position where government and corporate balance sheets, particularly the balance sheets of the major banks, were strong relative to the rest of the world and more exposed than most to the reflation trades is in a reasonably good position to benefit from a global recovery as long as there aren’t threatening new outbreaks of the virus.

And, if they are, with government finances that are nowhere near as stretched as those of other big economies and a banking system that remains, as CBA’s result demonstrated, strongly profitable and capitalised, we’re in a better position than most to respond to them.