The superannuation fund for construction workers, Cbus, has sold its small stake in controversial Chinese miner Shenhua, which is set to destroy Aboriginal cultural artefacts near Gunnedah in NSW, but has refused to meet with traditional owners.

Traditional landowners and local farmers have long opposed the development of a thermal coal mine by China Shenhua on land near the Liverpool Plains for the damage it will have on cultural heritage and local water resources. 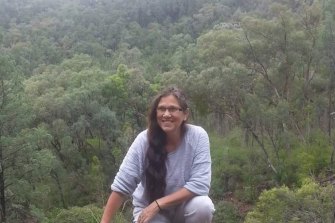 The groups opposed to the mine have targeted banks and other financial institutions to probe their exposure to the company.

Lawyers representing the Gomeroi people and farmers sent a letter to the $59 billion superannuation fund in December last year requesting a meeting to discuss Cbus’s “direct and indirect” investments in China Shenhua after reports it passively held about $4.5 million in the company.

“Our clients are especially interested in how Cbus’ investment aligns with its 2017 Reconciliation Action Plan,” the letter, signed by Beatty Legal director Andrew Beatty, said.

Former Cbus chief executive David Atkin said in 2019 more than 24,000 of the fund’s members were Aboriginal and Torres Strait Islanders and the action plan was the “first step” towards reconciliation.

“Aboriginal culture is Australian culture. This is a time for all Australians to learn about our shared histories, culture and achievements while we explore how we can contribute to reconciliation in Australia,” Mr Atkin said during National Reconciliation Week.

The fund responded to Mr Beatty’s letter this month to say it no longer held any shares in China Shenhua as of March 1.

Gomeroi woman Dolly Talbott launched a fresh application with the federal government to halt the construction of the mine last July after discovering an additional eight sites of cultural and sacred significance “that will be irreversibly injured or desecrated by the proposed mine”, including burial sites, sacred trees and ancient rock markings.

Ms Talbott welcomed Cbus’ divestment and called on all financial institutions to be cognisant of the impact of their investments.

“We’re in the job of trying to save what’s sacred to us and if that means that these guys are divesting because they’re getting a bit of heat from where they put their money, that’s a great thing,” she said.

“It’s not just the job of Cbus but all investors to take a better look at where their money is being invested and whether that’s in line with their beliefs and morals.”

However, Ms Talbott said it was “pretty rude” Cbus did not agree to meet and criticised the fund’s Reconciliation Action Plan for merely representing a “tick-a-box” document.

“Reconciliation is about dealing with any Aboriginal person who has issues with what you’re doing. It’s about coming to the table and seeing if those things can be resolved or worked through. But they don’t. Anyone who has a different point of view, they’re not interested in reconciliation,” she said.

Ms Talbott said Rio Tinto’s destruction of the 46,000-year-old caves at Juukan Gorge in Western Australia, which ultimately toppled its chief executive and senior executives, was a reminder of the need for law reform to better protect sacred sites.

“This happens every day in this country, all over the country,” she said. “No more so than in NSW … There’s nothing saved in NSW.”

Beatty Legal special counsel Ballanda Sack said the offer to meet with Cbus still stands. “It would be useful to have that meeting for Indigenous stakeholders to have confidence the Reconciliation Action Plan actually means something.”