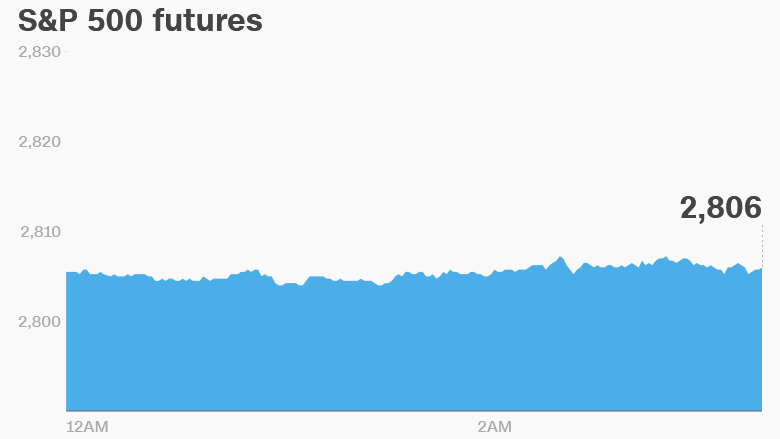 1. China slowdown: China’s huge economy is cooling just as trade tensions with the United States are heating up.

The world’s second-biggest economy grew by 6.7% in the second quarter of the year.

That was slightly slightly lower than the previous quarter and is China’s slowest rate of quarterly growth in almost two years.

The official figures released Monday suggest China is still on track to meet the government’s 2018 target of about 6.5%, although the intensifying trade clash means the rate of growth is likely to continue to slow this year.

2. Netflix earnings: It’s been a banner year for the streaming service and content creator, which reports earnings after the closing bell Monday.

Some experts think the company may have peaked. UBS analyst Eric Sheridan downgraded his target on Netflix stock this week to a “neutral” rating from a “buy.” He thinks investors are ignoring the risk that rivals could eat into its market share.

This year, members can get deals at Whole Foods too.

Prime Day means far more to Amazon (AMZN) than a one-day annual marketing play. Amazon uses the event to spotlight its own products and hook new members on its Prime subscription program.

4. Smartphone hang up: Xiaomi shares fell sharply after mainland Chinese stock exchanges made it harder for investors there to buy shares in the company.

The Shanghai and Shenzhen stock exchanges on Saturday banned mainland Chinese residents from investing in companies with two types of shares, a structure that gives some investors more power than others.

Most Chinese investors have “a lack of understanding of these new types of securities,” the exchanges said in a statement.

The news drove shares in Xiaomi down nearly 10% during early trading on Monday. The stock later recovered most of its losses, closing down nearly 1.9%.

Markets were mixed in Europe and Asia.

6. Earnings: Bank of America (BAC) and BlackRock (BLK) will release earnings before the open.

Shares in Deutsche Bank (DB) jumped 7% after the German lender said it expects a pretax profit of €700 million ($820 million) for the second quarter.

The unexpected announcement is a rare piece of good news for Deutsche, which has been losing money for years, lagging its global peers and struggling to find direction following the global financial crisis.