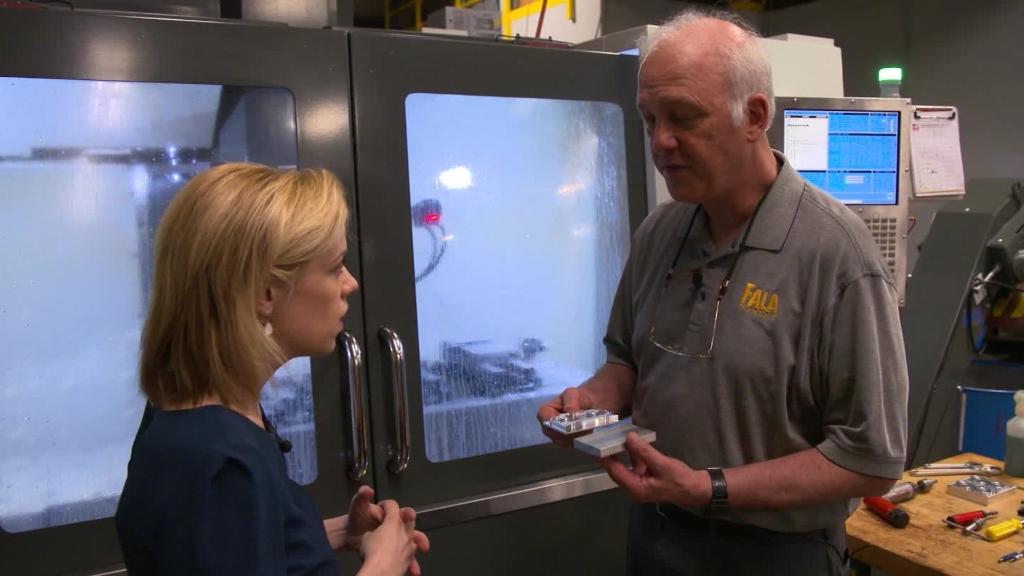 The Trump administration’s latest shot in the trade war with China has sent shudders through Chinese financial markets.

The US government said it was readying new tariffs of 10% on $200 billion worth of Chinese goods, releasing a list including fruit and vegetables, handbags and baseball gloves.

The Shanghai Composite fell 1.9% and Hong Kong’s Hang Seng was down 1.4% Wednesday. China’s currency, the yuan, fell about 0.5% against the dollar.

Other markets were also down: Japan’s Nikkei slid about 1%, and Dow futures were pointing 0.7% lower.

China’s stock market is one of the worst performing in the world in 2018, weighed down by fears of a slowdown in the country’s economy and the trade clash with the United States. The Shanghai index entered a bear market at the end of last month, meaning it has fallen more than 20% from its recent peak.

Among the Chinese stocks caught in the crossfire Wednesday were companies with strong ties to the US market. Shares in major household appliances maker Qingdao Haier dropped more than 3%. The new US list targets products including refrigerators and air-conditioning units.

The US announcement comes just days after the United States and China imposed tariffs of 25% on $34 billion of each other’s exports.

Jingyi Pan, a Singapore-based market strategist at broker IG Group, said investors were now bracing for retaliation from Beijing in the form of more tariffs and “other creative methods” for showing its displeasure. That could include making life difficult for American companies operating in the world’s second biggest economy.

China said last month that if the United States went ahead with the threat of further tariffs, it would be “forced to strike back hard, and launch comprehensive measures that match the US move in quantity and quality.”

Gao Qi, a Singapore-based currency strategist at Scotia Bank, said that the absence of any planned trade negotiations to defuse tensions between the two governments was adding to investors’ anxieties.

The Trump administration is due to impose tariffs on another $16 billion of Chinese goods this summer, which could further pressure the yuan, Qi said.

The Chinese currency fell sharply against the dollar last month as fears over the trade war escalated. China’s central bank spoke out last week, saying it’s “paying close attention” to recent fluctuations in the currency market and will seek to keep the yuan stable at a reasonable level.

Qi said he was advising clients to sell the yuan and buy the Japanese yen, a currency which is often viewed as a safer asset in periods of market turmoil.