Former Sen. Joe Lieberman, I-Conn., discusses the Democrats pushing through the partisan $1.9T stimulus bill, arguing that it’s not the way the government should run.

Martha Ann Stacey Carper on Feb. 16 bought up to $15,000 of Intel Corp. stock, according to a financial disclosure form filed by her husband. Eight days later, Biden signed an executive order calling for a 100-day review that will allow for quick implementation of policy recommendations to strengthen supply chains for chips and other key products.

“The Carpers have always been careful to ensure that their financial investments are handled separately by a financial advisor who makes decisions and transactions independently,” a Carper spokeswoman told FOX Business. “He was a strong supporter of the STOCK Act and has made an extra effort to report all transactions in real time.”

Intel shares had rallied 20% this year through Wednesday as the work-from-home environment created by COVID-19 fueled record sales in fiscal year 2020. However, Martha Ann Stacey Carper was likely down about 3% on her investment as technology shares, including Intel, have come under pressure following a spike in bond yields. 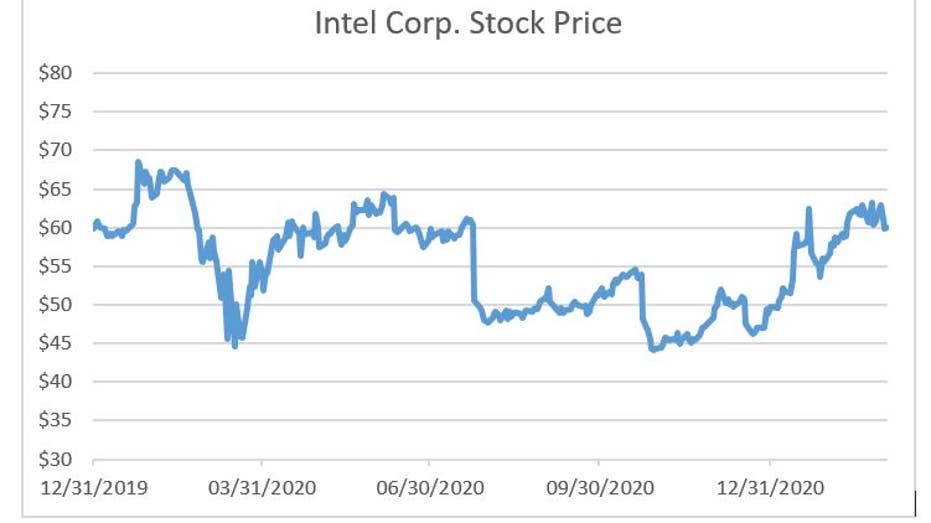 He added that while a causal relationship may not exist, it “doesn't look good” that Carper represents Delaware, Biden’s home state.

Taking action to combat a global shortage of semiconductor chips has become a pressing issue on Capitol Hill this year as manufacturers of automobiles, smartphones and other products have warned of supply chain problems.

Republican South Carolina Sen. Lindsey Graham in July introduced the Restoring Critical Supply Chains and Intellectual Property Act, which seeks to give tax credits and incentives to support the production of semiconductors and other products.

That bill came a month after Sen. John Cornyn, R-Texas, introduced the CHIPS for America Act, which establishes investments and incentives to support U.S. semiconductor manufacturing, research and development, and supply chain security.

Carper did not cosponsor either bill.

In December, House Speaker Nancy Pelosi’s husband, Paul Pelosi, bought up to $1 million worth of call options in the electric-vehicle maker Tesla ahead of Biden’s inauguration. The president is expected to provide incentives to purchase more environmentally-friendly electric vehicles.

The Department of Justice last year opened investigations into Sens. Richard Burr, R-N.C., Dianne Feinstein, D-Calif., Jim Inhofe, R-Okla., and former Sen. Kelly Loeffler, R-Ga., who themselves or their spouses sold investments right before the S&P 500 plunged 34% in February and March amid concerns over the economic impact of COVID-19.

Those investigations were later dropped.