Dick’s Sporting Goods, Inc. (DKS) is a retail store to visit when purchasing authentic sporting goods including apparel, footwear and a popular array of accessories. The stock has been above a “golden cross” since March 6 and has a positive weekly chart.

Analysts expect Dick’s to report earnings per share of $1.04 to $1.06 when the sporting goods retailer releases results before the opening bell on Wednesday, Aug. 29. A concern is that cool early-spring weather could slow sales. Same-store sales will be an important metric, but forward guidance should be the focus. On the positive side, online sales should be showing solid gains. (See also: Retail Funds Break Out to All-Time Highs.) 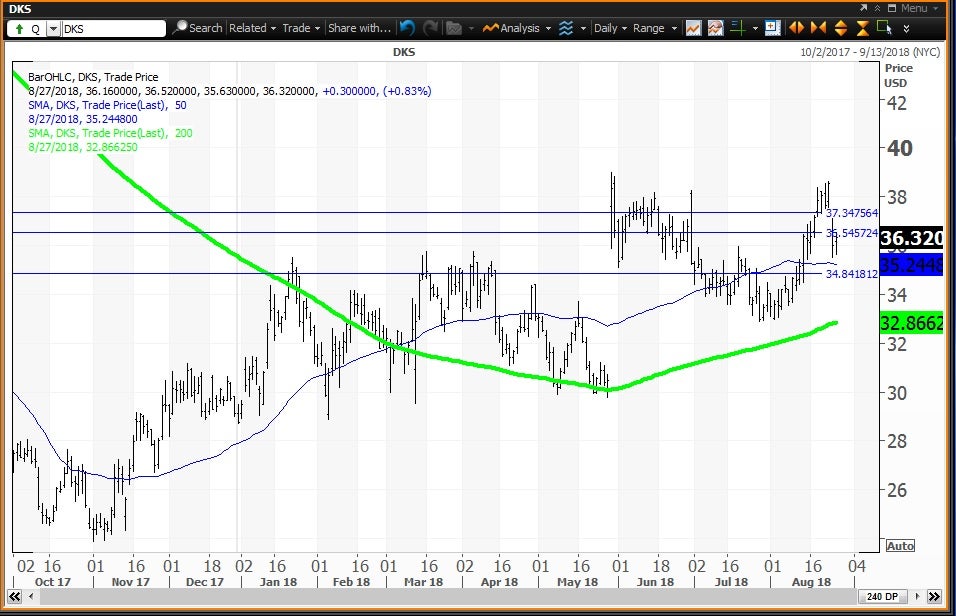 The daily chart for Dick’s Sporting Goods shows that the stock has been above a “golden cross” since March 6, when it closed at $32.47. A “golden cross” occurs when the 50-day simple moving average rises above the 200-day simple moving average and indicates that higher prices lie ahead. When this positive formation is in place, a trading strategy is to buy weakness to the 200-day simple moving average, which was doable between March 8 and May 29, when the average was $30.07. This was a buy just before the huge price gap higher, when the stock spiked on a positive earnings report released on May 30. This drove shares to the 2018 high of $38.99. Since then, the stock has been moving sideways. The stock is between my quarterly pivot of $34.85 and my monthly pivot of $37.32, with my semiannual pivot at $36.55. 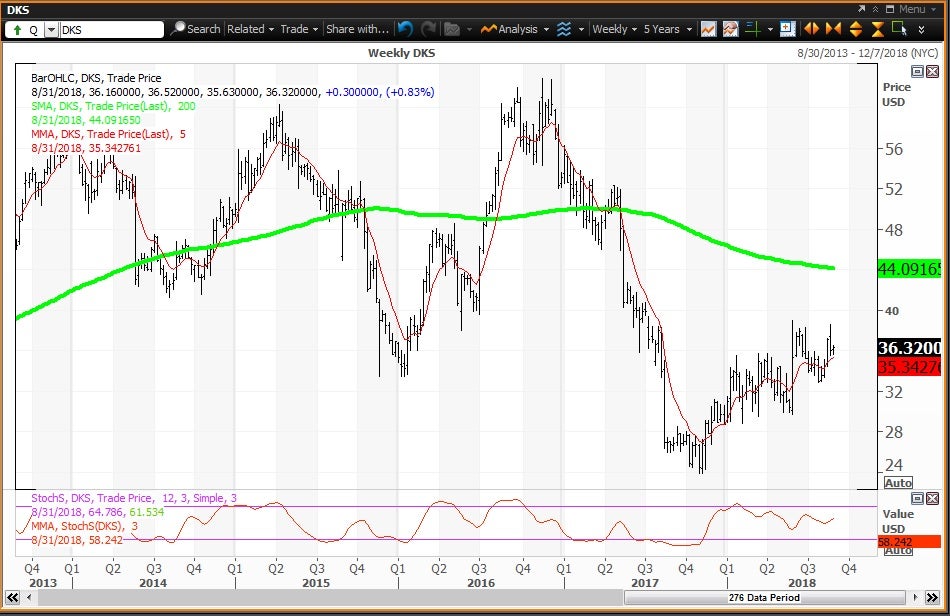 Given these charts and analysis, investors should buy Dick’s Sporting Goods shares on weakness to the 200-day simple moving average of $32.87 and reduce holdings on strength to the 200-week simple moving average of $44.09. In between are my quarterly, semiannual and monthly pivots at $34.85, $36.55 and $37.32, respectively. (For more, see: Demand Strong in Sporting Goods.)