Just days after Elon Musk added #bitcoin to his Twitter bio, a move that caused the price of the cryptocurrency to briefly surge around 20% on Friday, the Tesla boss confirmed that he is a supporter of bitcoin.

“I do at this point think bitcoin is a good thing, and I am a supporter of bitcoin,”  Musk said when asked about his thoughts on cryptocurrencies during a live-streamed interview on the popular audio chat app Club House on Sunday. “Many friends of mine have tried to convince me to get involved in bitcoin for a long time.”

Musk added. “I think bitcoin is really on the verge of getting broad acceptance by conventional finance people.”

Musk explained that one friend offered him a slice of "bitcoin cake" in 2013. 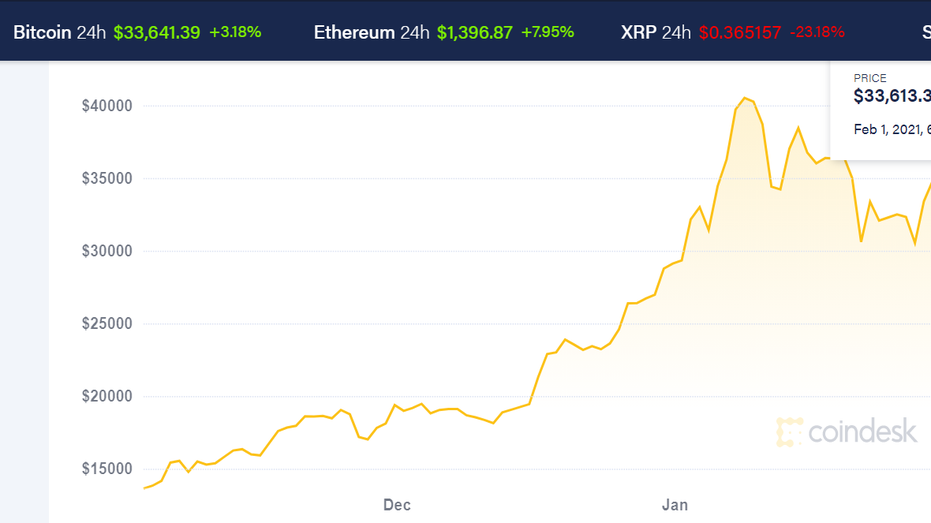 "I mean I clearly should have at least bought some bitcoin eight years ago," Musk said, noting he has been late to the party on bitcoin.

The value of the cryptocurrency traded above the $33,000 level on Monday evening after hitting an all-time high of $42,000 at the beginning of 2021.

When asked about other forms of cryptocurrency, Musk admitted that he doesn't have any "strong opinion." However, the billionaire has previously tweeted about Dogecoin, including a 2019 tweet in which he referred to it as his “fav cryptocurrency.”

“Occasionally I make jokes about dogecoin but they are really just meant to be jokes. “Dogecoin was made as a joke to make fun of cryptocurrencies,” Musk said. “But fate loves irony. The most entertaining outcome and the most ironic outcome would be that dogecoin becomes the currency of Earth in the future.”