LONDON (Reuters) – The euro fell on Tuesday after signs of deteriorating sentiment among German investors, although the prospect of more central bank easing – starting with the Federal Reserve later this month – meant another day of small, contained currency moves. 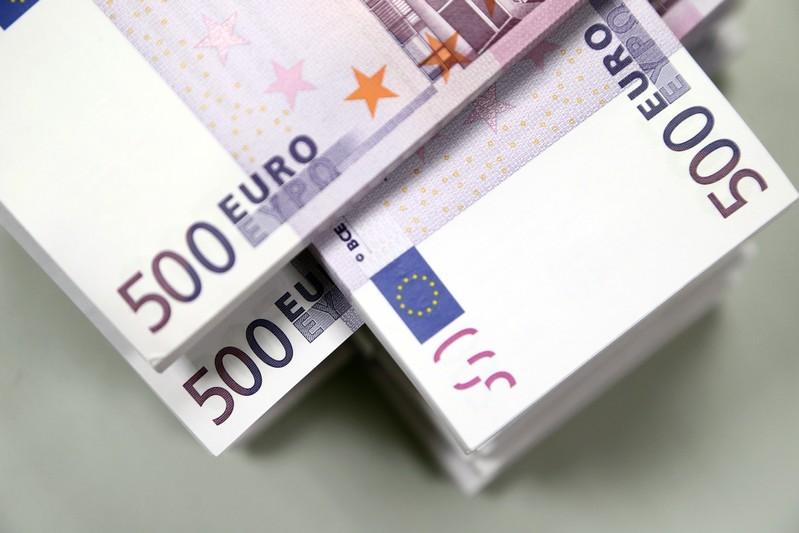 Foreign exchange markets have been notably quiet in recent weeks, with investors sitting on the sidelines before central bank meetings this month.

Volatility in currency markets has plummeted, according to the Deutsche Bank Currency Volatility Index.

The ZEW economic sentiment survey in Germany deteriorated more sharply than expected in July, with the ZEW institute pointing to the unresolved trade dispute between China and the United States as well as political tensions with Iran.

The Swiss franc, which as a perceived safe haven has benefited from concerns about the euro zone economy, rose 0.2% to 1.1059 francs per euro, a one-month high and not far from two-year highs of 1.1057 touched in June.

“Germany was the biggest winner among major economies from China’s emergence as an economic superpower and is the most vulnerable to its slowdown. And as Germany slows, so it takes the euro zone with it,” said Kit Juckes, strategist at Societe Generale.

Markets expect the Federal Reserve to cut rates later in July, but the dollar has held its own as expectations grow for other central banks to follow suit.

U.S. retail sales numbers for June arrive later on Tuesday and investors will be looking to see whether such data support a rate cut of 25 or 50 basis points.

Commerzbank analysts said they expected the dollar exchange-rate reaction to the U.S. data to be modest. It would only strengthen once Fed officials confirmed its direction, they said.

Sterling was back on the ropes, skidding below $1.25 and hitting a new six-month low versus the euro of 90.25 pence after the two men vying to be Britain’s next prime minister were seen to be toughening their line on Brexit negotiations.

Investors are worried about the rising risk of a no-deal exit from the European Union.

The yen, a safe haven, has often depreciated when investor appetite for buying riskier assets such as U.S. equities has improved.

But the correlation has weakened in the face of falling U.S. yields. The 10-year Treasury yield had declined to near three-year lows this month in anticipation of Fed cuts.