New York (CNN Business)The company formerly known as Facebook is now calling itself Meta Platforms. But investors looking to cash in on the virtual world known as the metaverse already have plenty of other options besides Mark Zuckerberg’s social media giant.

Gaming platform Roblox, which lets users generate their own avatars and play games created by other players, is arguably the most high-profile metaverse stock. Shares of the company have soared almost 160% since it listed directly on the New York Stock Exchange earlier this year.
And with a market cap of nearly $65 billion, Roblox is now worth more than established video game giants Electronic Arts (EA) and scandal-ridden Activision Blizzard (ATVI). 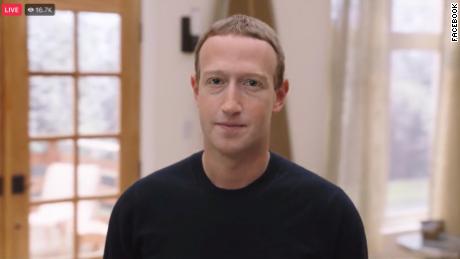 PLBY mentioned the possibility of virtual parties with “Rabbitars” at a metaverse Playboy mansion, for example, while Axon talked about the growing threat of fraud, theft and other digital crime in virtual worlds.
“The metaverse is at the cusp of drastically changing the gaming industry, and eventually others,” said analysts at Manhattan Venture Research in a recent report.
Chip giants such as Nvidia (NVDA) and Qualcomm (QCOM) are poised to make money from the metaverse too, as their 5G chips and graphics processors will help power the increased push into virtual worlds.
Qualcomm CEO Cristiano Amon said during an investor presentation Tuesday that the company wants to be “the ticket to the metaverse.”
There’s even a metaverse ETF (trading under the ticker symbol META) that holds Roblox and Unity as well as Nvidia and Qualcomm, Microsoft (MSFT), Amazon (AMZN) and, yes, Meta Platforms.
The Roundhill Ball Metaverse ETF has surged more than 13% in the past month, topping the broader market — and Meta Platforms — during the same time frame.

Still, even though Facebook isn’t the first company to embrace the metaverse, one analyst says that the platform’s recent pivot to virtual worlds is probably a big reason why the metaverse has gotten so much more attention lately.
“The Facebook rebrand has brought the metaverse concept to a wider audience,” Chis Beauchamp, chief market analyst at IG, said in a report. “With other firms cottoning on, it is clear that the idea and the principle of a whole new world of services and experiences does promise a new way to expand revenues.”
Source: Read Full Article