Home » Markets » Father's Day made: Dancing pastor falls over when Navy daughter surprises him at church 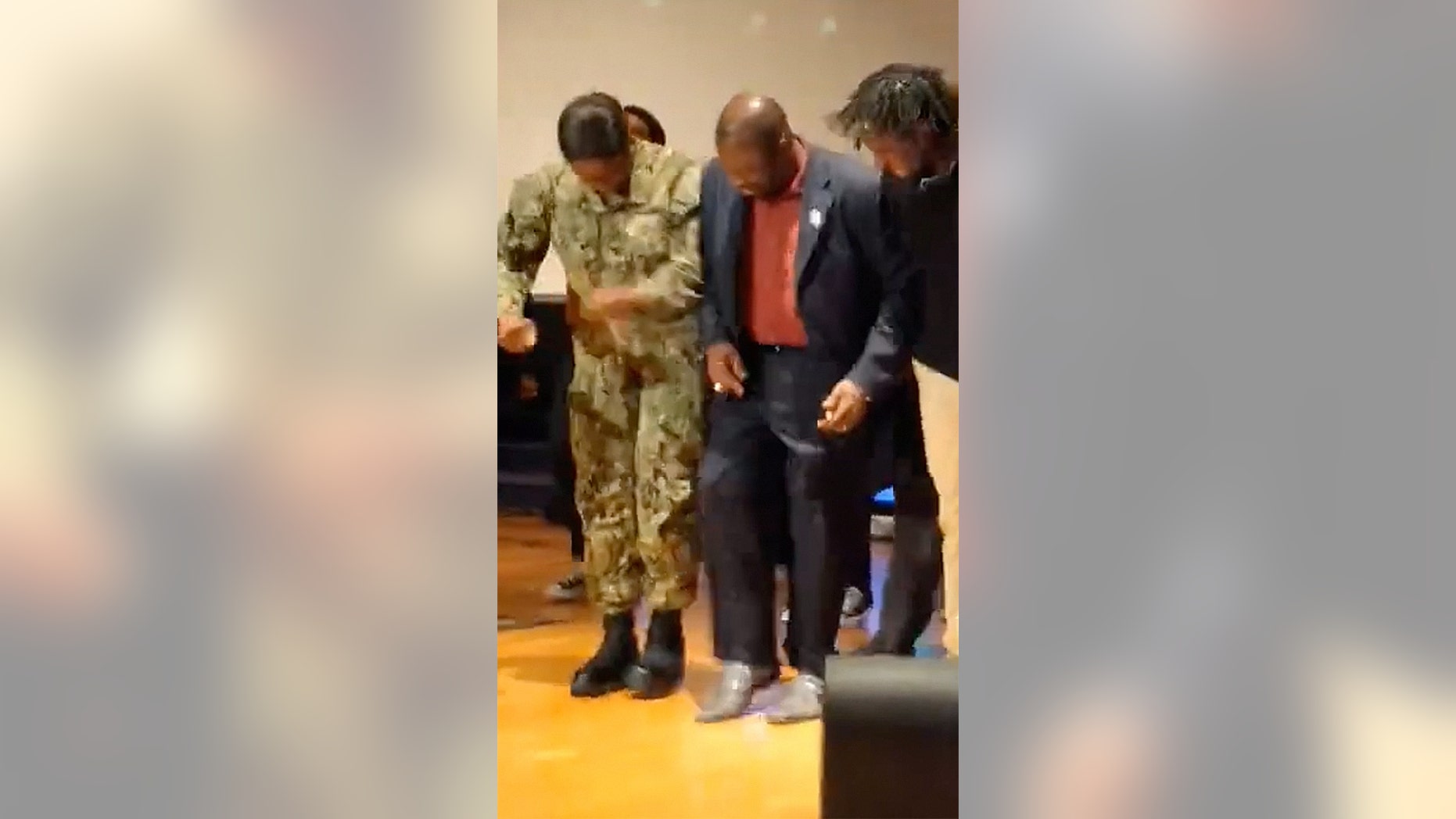 Pastor Jerome Mondy is known for never missing a beat. But when his daughter surprised him a week earlier than expected, he dropped on the floor.

Mondy joined other members of Divine Faith Ministries in Jonesboro, Ga. on a February Sunday morning, but what he didn't know was that his daughter, Navy Petty Officer Jadiah Mondy, who had been stationed in Japan for two years, was next to him.

SOLDIER SURPRISES HIS KIDS AT SCHOOL WITH EARLY HOMECOMING: 'THEY THOUGHT HE WASN’T COMING IN UNTIL JUNE'

The Georgia father was literally floored when he made the connection.

"It shocked the heck out of me," Mondy told Inside Edition with laughter. "I said, 'How you got here?'"

And as soon as he got up, the pastor picked his daughter up with a big hug and the two continued dancing — with even more joy.

Jadiah, who calls herself a "preacher's kid," asked her brother, Isaac, to help her plan the big surprise where everyone would be gathered — at church.

"He didn't even know he was shouting with his kids," Isaac wrote on Facebook. "God is good."

And it was a special moment that took months of planning.

"When I tell Yal this was the best feeling, surprising my dad!" she said on Facebook. "All the scheming and plotting for the last few months was definitely worth it. I love you daddy!"