Goldman Sachs’ move to offer senior bankers unlimited time off seemingly marks a step toward a softer side of Wall Street. But there’s policy, and then there’s practice.

Companies are experimenting with all sorts of employee-friendly policies — the four-day workweek, no-meeting Wednesdays, more casual dress codes — but unless they’re embraced by the firm’s leadership, they won’t make much of a difference. In a banking world where long holidays are generally frowned upon, providing partners and managing directors all the time off they want doesn’t matter if they simply don’t take it.

“It’s one thing to say, ‘You have unlimited PTO, take what you need,’ but that doesn’t change a culture,” said Cathleen Swody, an organisational psychologist and executive coach. “It depends on how much senior employees trust that they can take time off, and it’s not a black mark on them.” 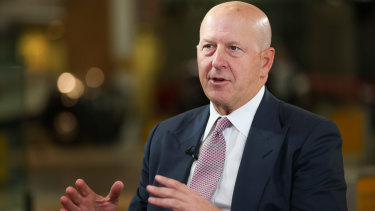 That trust is often in short supply inside hard-charging cultures like Goldman, whose Chief Executive Officer David Solomon last year called remote work an “aberration” and has pushed staffers to get back to the office. Even standard norms to separate work and holidays can be fraught.

Take the case of Nick Giovanni, who ran Goldman’s prominent technology, media and telecom banking unit. He turned on an out-of-office message when he went on holiday, a former colleague recalled. That was so unusual at the firm that it sparked murmurs among bankers speculating he was planning to leave.

Not long after that, Giovanni did quit, departing for Silicon Valley to become finance chief of Instacart, a grocery delivery app.

‘I have never paid attention to how many hours people are working. So, why should I care if [an] employee works 50 weeks a year or 48 weeks a year?’

Goldman’s new policy only applies to partners and managing directors, who can take time off when needed “without a fixed vacation day entitlement,” according to a company memo seen by Bloomberg. Junior employees still have limits on holidays but will be given at least two extra days off each year under the new policy, introduced at the start of the month. The bank is also requiring all employees to take at least three weeks off each year starting in 2023, including at least one week of consecutive time off.

Among companies with at least 100 workers, just 5 per cent offer unlimited time off, according to workforce consultant Willis Towers Watson. But the perk is becoming more popular as the tight labour market and rising levels of employee burnout force employers to get more creative with employee benefits.

The share of job postings that offer some version of unlimited days off nearly doubled between April 2021 and last month, according to data from LinkedIn. Technology companies such as Netflix, Dropbox and Salesforce have crowed that their policies boost recruitment and retention.

“Today, in the information age, what matters is what you achieve, not how many hours you clock,” Netflix co-founder and co-CEO Reed Hastings wrote in his book “No Rules Rules: Netflix and the Culture of Reinvention.” “I have never paid attention to how many hours people are working. So, why should I care if [an] employee works 50 weeks a year or 48 weeks a year?”

Hastings might not care, but many bosses do, and the result is often that an unlimited vacation policy has limited impact in practice. A 2017 study by the human-resources platform Namely found that employees at firms with open-ended holiday allowances typically ended up taking fewer days off a year than under traditional systems.

“No one should believe it is actually unlimited,” said Peter Cappelli, director of Wharton’s Center for Human Resources. “Are the bosses more likely to retaliate against you if you take off more time than they want at a point when it is difficult for business? It’s certainly easier for them.”

While Goldman’s unlimited time off captured attention, the more substantial move from the investment bank could be the decision to require all employees to take three weeks off each year.

“Forcing people to take time off is excellent,” said Nick Bloom, a Stanford University professor who studies remote work. “Otherwise the fear is in an environment as competitive as Goldman Sachs, nobody actually uses their holiday.”