The S&P 500 has scrambled up to just 0.8% below its January peak, sparking chatter that the bull market is definitely not over.

But the U.S. stock market isn’t necessarily the place to go at this point, if you’re looking for real trading excitement. That’s the suggestion in our call of the day, which comes from Bank of America Merrill Lynch’s Thanos Vamvakidis.

“Sterling might be the most interesting currency to trade in the next few months,” Vamvakidis told CNBC today.

He’s referring to the British pound GBPUSD, +0.1545% , which dived to an 11-month low against the dollar yesterday after a U.K. trade official said there is a 60% chance the Brexit-bound nation will crash out of the European Union without an agreement with the bloc.

“By early next year, either we are going to have a deal, and sterling is going way up — or we don’t, and it’s going way down,” the BAML strategist said.

The pound could tumble by 10% or more on a “no-deal Brexit,” or it could surge by 10%, “if you get a deal, any deal,” Vamvakidis reckons. Gazing across FX land, he says: “I don’t think any other currency can have this kind of move in the next few months.”

The U.K. is slated to leave the EU in March, and the country and soon-to-be-27-nation bloc have said they need an agreement on their future relationship by October to ensure it’s OK’d by all individual countries.

Other strategists are also talking about potential moves of 10% or more for the British currency. Rabobank’s Jane Foley reportedly predicts a drop of that magnitude could happen on a so-called hard Brexit.

And see: A top London startup’s CEO flags the biggest Brexit threat to his industry

See the Market Snapshot column for the latest action. 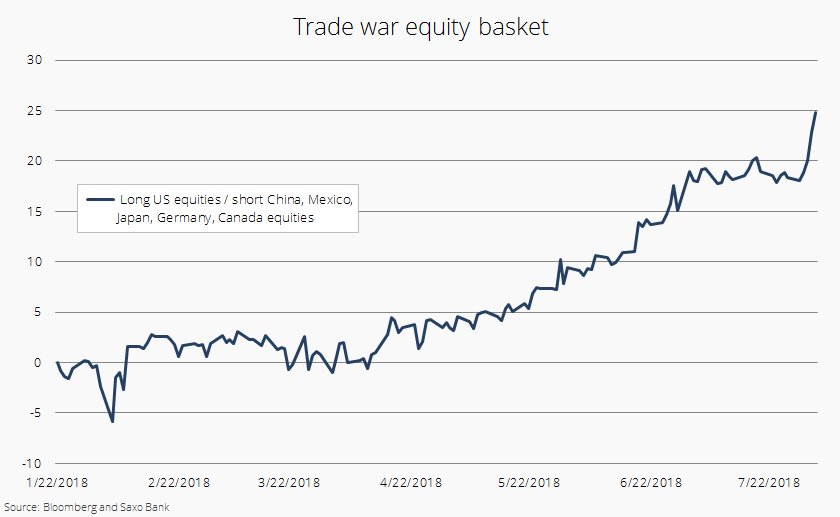 The “trade war” trade is the way to go, says Saxo Bank’s Peter Garnry as he shares the chart above.

He’s backing a basket trade that involves making a bet on U.S. stocks and shorting the markets for five countries that are especially reliant on American trade — China, Mexico, Germany, Canada and Japan.

“As long as this basket climbs, the trade war is on,” Garnry says in a tweet. It’s also “how investors should be positioned.” The trade is up around 25% in the year to date, the strategist notes.

Zillow Z, +1.01%ZG, +1.29%is plunging in premarket action after the company late yesterday posted earnings and announced its acquisition of a mortgage lender.

Marriott MAR, +0.85%appears set for a down day, too, after its earnings late yesterday, while Etsy ETSY, +2.14%seems headed for a big rise.

A report on job openings is on tap later this morning, then a release on consumer credit is due in the afternoon.

Voters in Ohio, Kansas, Missouri, Michigan and Washington state are due to vote today, and President Donald Trump has endorsed Kris Kobach for Kansas governor over the state’s incumbent Republican, Jeff Colyer.

Facebook FB, +4.45%is more irresponsible than banks were in 2008, says former Trump adviser Gary Cohn, who was the COO at Goldman Sachs ten years ago. The social network is denying reports that it asked big banks to share financial data about their customers. 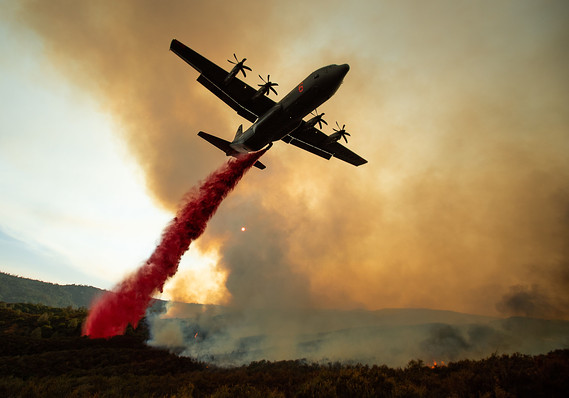 The Mendocino Complex Fire has become the largest wildfire in recorded California history. It has destroyed 443 square miles, breaking the record set in December by the Thomas Fire.

A dog dressed like Paddington Bear just won Halloween, and it’s only August.

The Mustang Bullitt is steeped in Steve McQueen’s “effortless cool.”

Andrew Luck is about to play in a game for the first time since January 2017.

Need to Know starts early and is updated until the opening bell, but sign up here to get it delivered once to your email box. Be sure to check the Need to Know item. The emailed version will be sent out at about 7:30 a.m. Eastern.

And sign up here to get the Friday email highlighting 10 of the best MarketWatch articles of the week.