The chief executive of financial services giant IOOF has argued the company passed the “pub test” when it used a super fund’s own money to compensate its members for the losses they suffered following a $6.1 million payment stuff-up.

Correspondence produced at the Hayne royal commission on Friday showed how IOOF chief executive Chris Kelahar gave the “pub test” excuse to the prudential regulator in April last year, after the watchdog raised concerns that IOOF’s Questor subsidiary had acted inappropriately over the incident – which was described in a report to the corporate regulator as a "significant breach" of corporate law.

In the stand on Friday, Mr Kelaher maintained that IOOF had fulfilled its "primary goal" of restoring members accounts by compensating them.

But he was repeatedly asked whether the company had made untrue statements to the Australian Prudential Regulation Authority (APRA) and the fund's members over the incident.

The commission was shown evidence of how the initial $6.1 million overpayment error in a related cash management trust, which was detected in 2010, snowballed into a governance and regulatory mess at IOOF, eventually becoming the subject of a breach report to the corporate regulator in 2012 and an internal whistleblower report in 2013.

The company’s handling of the breach issue drew the disapproval of APRA, which – as it stated in a letter to IOOF in late 2016 – believed that Questor's 2015 decision to use $1.6 million in reserve money from its TPS Super Fund to compensate fund members over the issue had disadvantaged members and was "inappropriate". APRA launched a prudential review of the company last year.

Evidence put to the commission showed how Mr Kelaher rebutted APRA’s argument that Questor should repay the members funds and instead use its own company funds to make the compensation payments. 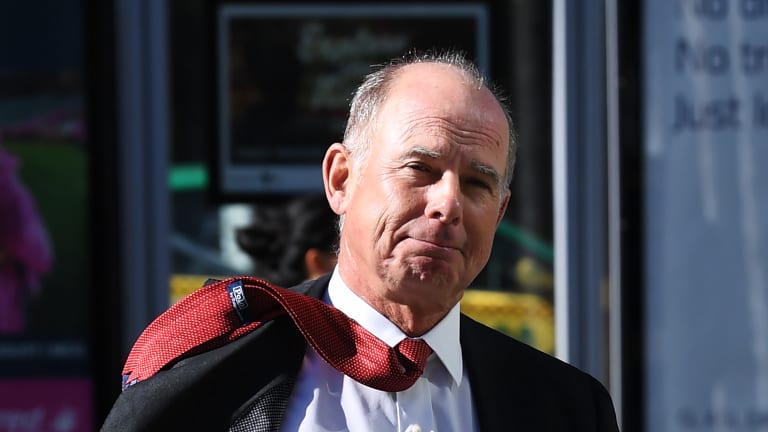 “In terms of the so-called pub test, which in these circumstances is a proxy for members’ best interests, it is the board’s view that the test has been passed," he wrote in a letter to APRA.

The letter had informed APRA that “at no time has Questor received any demands for compensation or complaint about its remediation and compensation plans from any member of the TPS super fund”.

However, Mr Kelaher was forced to concede under questioning that it would have been “impossible” for members to complain because, in the words of counsel assisting, Michael Hodge QC: “They didn’t know what Questor was doing."

There are many ways in which that sentence is untrue.

Mr Kelaher was also questioned about a letter sent to the  fund’s members on the issue, which had claimed the “historical distribution error” had been uncovered as part of a “periodic review”.

“There are many ways in which that sentence is untrue,” Mr Hodge said, to which Mr Kelaher eventually conceded that it was “not precise” and “potentially capable of misleading”.

Commissioner Kenneth Hayne asked Mr Kelaher to clarify this statement, asking whether it was a “matter of indifference… [or] of no importance?”

“No," Mr Kelaher replied, "It’s a reference to our primary goal of restoring the members’ account… the letters in hindsight could have been more accurate".

IOOF was also hammered over conflicts of interest and customer fees, amid revelations the listed company has been repeatedly taken to task by the regulator over governance and transparency issues. It also emerged that the company had tendered hand-written, scribbled board meeting notes in response to questions from the royal commission – with Mr Kelaher at one point unable to identify just who had taken the scrawled records.

Questor Financial Services, an IOOF subsidiary, ran a number of investment funds including the TPS Super Fund. In that position Questor acted as trustee for the funds' members meaning it had a legal responsibility to act in their best interests.

Mr Hodge said he wanted to put to Mr Kelaher "squarely" the proposition that "at no time" had Questor displayed "any understanding of its best interests duty to its members" over the breach issue.

You used the members' money to purportedly compensate them, you know that don't you

"No, I don't agree with you," Mr Kelaher replied. He then rejected a further suggestion by Mr Hodge – that Questor had never shown it understood its obligation to prioritise the interests of members above itself.

Later in the hearing, Mr Kelaher reiterated his position that, in Mr Hodge's words, "he did not see any problem with the events".

"Now, it wasn't compensated in full, you used the members' money to purportedly compensate them, you know that don't you?" Mr Hodge asked.

But Mr Kelaher argued that the money in the reserve fund was not owned by the members.