London (CNN Business)Since its inception in 1913, the US Federal Reserve — the most important institution in charge of managing America’s economy — has learned a lot about what it should and shouldn’t do during a crisis. Just ask a Fed historian.

What’s happening: Central bankers are gathering Friday for a virtual version of the annual Jackson Hole symposium, a key event for policymakers. There, they’ll discuss a question of massive importance: How soon should the Fed pull back historic support for the economy in the wake of a devastating pandemic? 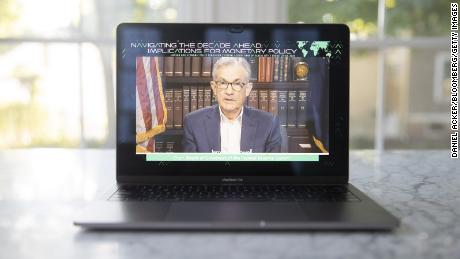 It’s a major challenge in hugely uncertain times. But the Fed has changed a lot in recent decades, helping it prepare for this moment, according to Gary Richardson, an economics professor at University of California, Irvine who previously was the Federal Reserve System historian.

“The Fed has intentionally created tools that allow it to deal with these unprecedented situations,” he told me.

As demand recovers and supply chains buckle, the Fed must contend with rising prices. That’s encouraged some people to draw parallels to the 1970s, when double-digit inflation ravaged the US economy. The memory of the 2013 “taper tantrum” — when the Fed signaled that it would eventually slow asset purchases, sparking a sharp bond selloff and global market turbulence— is also ever present.

Richardson said the Fed has grown a lot since both events. For starters, compared to the 1970s, it now has much better information about inflation expectations, an important determinant of price stability. The introduction in 1997 of inflation-linked government bonds was a crucial innovation, allowing the central bank to directly gauge market sentiment.
“[This] allows the central bank to go slower [and] to be more moderate in progressing as they unwind these policies,” Richardson said.
The central bank’s communication strategy has also transformed. In the 1970s, to demonstrate its influence, the Fed wanted to surprise the market, so it didn’t signal to investors what it was going to do or explain its thinking.
That started to change under Fed Chair Alan Greenspan, who held the job from 1987 to 2006. The Fed first started publishing minutes of its meetings in 1993.
A new era really kicked off under Ben Bernanke, who led the central bank following the 2008 financial crisis. He held the first press conference after a Fed meeting in 2011. Jerome Powell, the current chair, has doubled the frequency of these pressers, Richardson said.
“The Fed has moved to be much more transparent about what it’s doing,” he added. “The amount of communication that’s come out of the [Federal Open Market Committee], the volume and frequency, has increased.”
Better information and greater communication reduce the likelihood of a Fed misstep or market panic. But it doesn’t eliminate the potential for a mistake — especially due to the enormous scale of the Fed’s actions since March 2020, and the ongoing unpredictability of the pandemic.
“There’s some margin for error,” Richardson said. “Investors don’t always figure out what the Fed is going to do.”
That explains the attention to Jackson Hole, particularly on Powell’s speech Friday morning. Unlike in the past, the markets have a sense of where the Fed is heading, predicting that it will slow bond purchases later this year and start hiking interest rates in 2023. Yet nothing is 100% certain, which means Wall Street still needs to keep its eye on the ball.

Apple to change App Store in concession to developers

Apple’s App Store is a fundamental part of its business. But in the face of growing legal scrutiny, the company is making some changes.
As part of a proposed settlement in a class action lawsuit, Apple (AAPL) will relax some restrictions on how iPhone app developers can communicate with customers outside its App Store, my CNN Business colleague Rishi Iyengar reports. 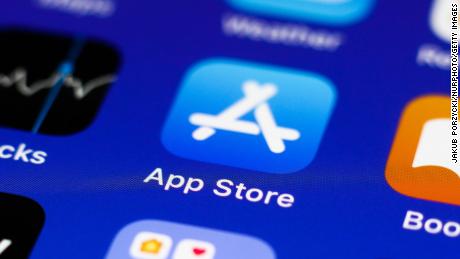 “Developers can use communications, such as email, to share information about payment methods outside of their iOS app” as long as users consent to receiving those emails and can to opt out, the company said Thursday.
In other words: The move gives developers more leeway to collect payments from their customers without having to pay Apple’s commission on in-app purchases.
Apple will pay $100 million toward a fund for smaller developers to settle the lawsuit, which was initially brought in 2019. Payments for eligible developers who submit valid claims will range from $250 to $30,000, according to court filings.
Step back: The iPhone maker’s commissions, which go as high as 30%, are at the center of several legal disputes, including a separate lawsuit by one of Apple’s biggest developers — Epic Games.
Epic, the maker of hugely popular video game Fortnite, alleges that Apple holds a monopoly on the distribution of iOS apps, and that Apple’s rules around payments are illegal because they shut out rivals. That case — the subject of a contentious trial earlier this year in which Apple CEO Tim Cook testified — is still awaiting a verdict from Judge Yvonne Gonzalez Rogers.
Gonzalez Rogers is also presiding over the class action lawsuit and must approve Thursday’s proposed settlement.

PC brands from the ’90s are making a comeback

The smartphone age has produced plenty of eulogies for the Windows-based desktop personal computers and laptops of yesteryear.
But “old” tech giants Dell and HP, which both reported earnings after markets closed on Thursday, are doing just fine in 2021, my CNN Business colleague Paul R. La Monica reports.
Dell (DELL) said sales were up 15% and operating earnings rose 21% while HP (HPQ) posted a sales increase of 7% and profit surge of 51%. The company raised its outlook, too.
One caveat: Computer chip shortages remain an ongoing concern. HP executives told analysts that “supply chain constraints” meant it didn’t bring in as much money selling personal electronics as expected, despite robust demand. The company is bracing for “industry-wide” shortages to continue into 2022.
HP shares are off 5% in premarket trading Friday.
Still, the company’s stock is up about 20% this year, while Dell has surged nearly 40% as people snap up old-fashioned PCs running on the iconic Microsoft operating system, as well as newer devices such as Chromebooks that use the OS from Google owner Alphabet. The PC’s time in the sun isn’t over yet.

The main event is Federal Reserve Chair Jerome Powell’s speech on the economy, which takes place at 10 a.m. ET.

Also today: US personal income and spending data for July posts at 8:30 a.m. ET.
Coming next week: The US jobs report for August is expected to show another month of strong employment growth. That could add to conviction that the Fed will shortly announce it’s changing course.
Source: Read Full Article