Home » Markets » Microsoft Reports Within a Zone of Risky Levels

Analysts expect Microsoft to post earnings per share between $1.07 and $1.12 when the company reports results after the closing bell on Thursday, July 19. Cloud computing has been an important driver for Microsoft in recent quarters. The company’s Azure platform is now rivaling the Amazon.com, Inc. (AMZN) Amazon Web Services (AWS) platform. Overtaking AWS would be a huge positive. Microsoft’s Commercial Cloud applications have been the driver of the stock’s upward momentum and should be the focus following the earnings release after the close today. Microsoft also owns social media giant LinkedIn, which could be taking market share from Facebook, Inc. (FB) given the recent data scandals. (See also: Amazon Rivalry at Core of Partnership With Walmart: Microsoft CEO.)

The daily chart for Microsoft 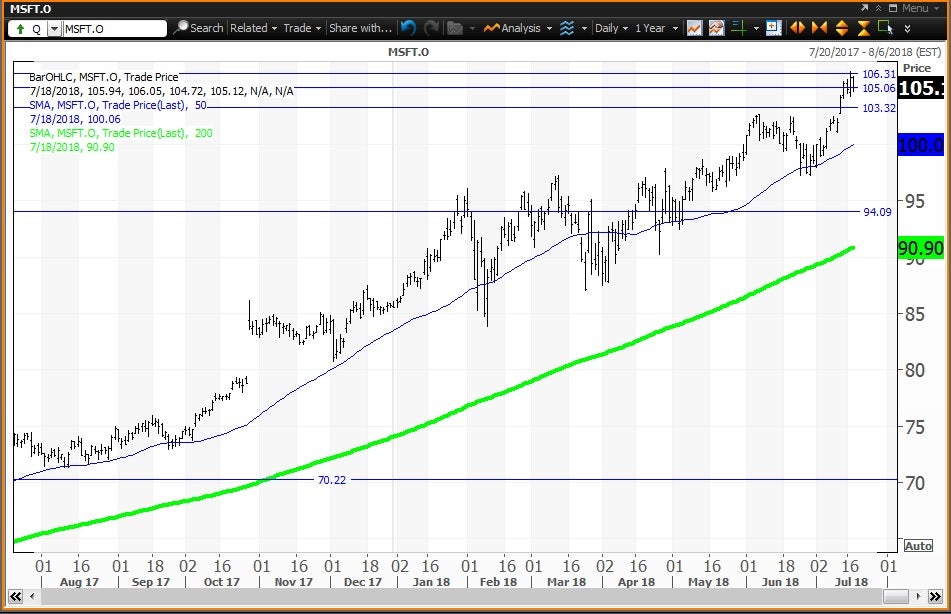 Microsoft has been above a “golden cross” since Aug. 15, 2016, when the stock closed at $58.12, which justified adding to a core long position for the stock. A “golden cross” occurs when the 50-day simple moving average rises above the 200-day moving average, indicating that higher prices lie ahead. The stock has been above its 50-day simple moving average since July 2. The three horizontal lines at the top of the graph form a zone of risky levels – my monthly, quarterly and weekly pivots are $103.34, $105.06 and $106.30, respectively. My semiannual and annual value levels are $94.10 and $70.22, respectively.

[Check out Chapter 2 of the Technical Analysis course on the Investopedia Academy to learn more about using simple moving averages to develop your trading strategy.]

The weekly chart for Microsoft 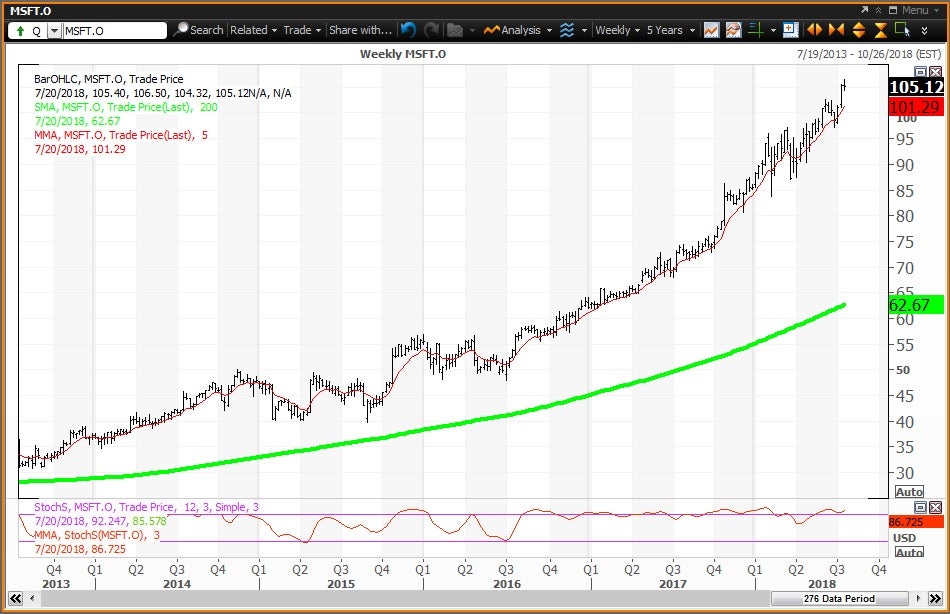 Given these charts and analysis, investors should buy Microsoft shares on weakness to my semiannual value level of $94.10 and reduce holdings on strength to my weekly risky level of $106.30. (For additional reading, check out: 6 Big Techs Stocks May Get Slammed in a Trade War.)