National Australia Bank has admitted to charging fees for financial advice when it was not permitted to, and to making false or misleading representations to customers, as it filed its defence to a regulatory lawsuit.

However, the bank admitted to a relatively small fraction of the breaches that were alleged by the Australian Securities and Investments Commission (ASIC), which launched the action against the bank in December. NAB also denied ASIC's allegation of unconscionable conduct. 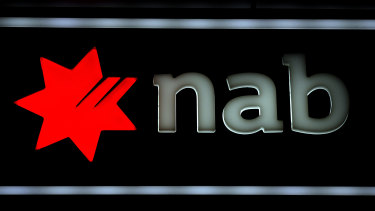 NAB apologised to customers for not meeting their expectations and for breaching the law.Credit:Sam Mooy

In a case that could attract a hefty fine for the major bank, the watchdog last year accused NAB of more than 12,000 breaches of the law for charging customers "fees for no service," part of an industry-wide scandal that was exposed at the banking royal commission. ASIC alleged the conduct took place between late 2013 and February last year.

In NAB's defence, filed with the Federal Court on Friday, the bank admitted it had breached financial services laws by either failing to issue fee disclosure statements to some clients, or excluding key information that was required.

NAB's defence said it accepted it had contravened a section of the Corporations Act "on fewer than 650 occasions," in contrast to ASIC's claim it had broken these requirements 8927 times.

The bank also said it accepted some fee disclosure statements it had issued to clients "included materially incorrect information [which] conveyed false and/or misleading representations," which the bank said was a breach of the Corporations Act and the ASIC Act.

"NAB regrets these failures and apologises to its customers for not meeting their expectations and for contravening the law," the defence statement says.

ASIC's case against NAB alleged more than 12,000 breaches of the law including the charging of fees after an agreement was terminated, misleading and deceptive conduct and unconscionable conduct.

NAB also denied its conduct in charging fees between May 2018 and February 2019 was unconscionable, which was another part of ASIC's lawsuit.

NAB has previously acknowledged it charged fees-for-no-service, with millions paid in compensation to customers.