A young accountant working at Forum Finance who wrote an internal email describing a “ponzi scheme” set up by alleged fraudster Bill Papas says he was working under the instruction of the company’s chief financial officer.

The 28-year-old accountant Brandon Chin told the Federal court on Tuesday he had questioned his boss, Forum CFO Tony “Moussa” Bouchahine, about why the company was paying customer invoices rather than asking the customers to do it themselves but was told the issue would be resolved. 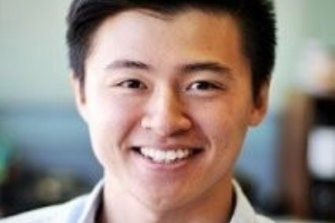 Mr Chin was appearing at public examinations into the collapse of Forum Finance following allegations by Westpac and other lenders that Mr Papas had orchestrated a $400 million fraud by drawing up fake contracts and forging the signatures of managers at large bank customers.

Mr Chin has not been accused of any wrongdoing and was giving evidence to assist the liquidators from McGrathNicol in their investigations.

Counsel for liquidators described how Mr Chin had a front row seat to the activities of Mr Papas in his alleged fraud, taking him to a range of documents that included unusual accounting notes or emails.

This included a handover email following Forum’s collapse where Mr Chin described how existing invoices were being paid out from money from new contracts. Counsel for liquidators Nick Kidd, SC, this week described Mr Chin’s email as laying out a “ponzi scheme”.

Mr Chin said it was “not a complete surprise” to see that Forum had been accused of being involved in such a large scale fraud when Westpac took civil action against it in late June.

Asked by Mr Kidd why he thought that, Mr Chin said: “Just that no customer was ever charged. That there was always that gap that never got solved. I always had in my head that it would eventually be solved but… it most likely would have never been solved and customer not invoiced.”

Mr Kidd then asked Mr Chin: “Because what you’re saying is because you were a junior employee, you had concerns which you didn’t realise at the time indicated that an elaborate fraud was being undertaken. But now, it seems clear to you that that was what was happening.” 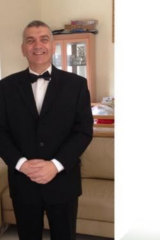 He said based on what he had read in the press he believed Mr Papas was involved in the alleged fraud but could not say definitely that Mr Bouchahine was.

That led Mr Kidd to ask: “Do you think Mr Bouchahine may have shared your innocent understanding of these arrangements do you?”

Mr Chin responded: “I don’t believe I have enough knowledge or evidence to say a more definitive answer.”

Earlier in the examinations, Mr Chin was taken through a series of questions where he explained that the unusual accounting processes had all been designed by Mr Bouchahine.

Mr Kidd: You don’t say that you were the creator of this process. Who came up with the idea of paying the money received by Forum Finance immediately to Forum Group Financial Services.

Mr Kidd then asked, “who came up with the idea of not recording that payment in the account of Forum Finance”.

Mr Kidd probed again: “Who came up with the idea of recording that payment into a (Westpac introducer) BHO clearing account on the Forum Group Financial Services balance sheet?”

To which Mr Chin replied: “Tony.”

Mr Kidd then asked: Who came up with the idea of manually editing the invoices so that they were addressed to FGFS rather than to the paid customer?

Mr Kidd followed up: “Who came up with the idea of Forum Group Financial Services coming up with the funds to repay the monthly invoices”.