SnoHub Founder James Albis on how his mobile app allows users to connect with contractors that will remove their snow.

Forget dreaming about a “White Christmas.” People in North Dakota are ready for a white Halloween.

Gov. Doug Burgum announced on Friday, Oct. 11 — yes, the 11th of October — that he activated the state’s emergency operations plan in response to a major winter storm.

The National Weather Service issued blizzard and winter storm warnings for different parts of the state, saying that as much as 18 inches of snow could fall in some areas by early Saturday afternoon. Forecasters warned that blowing snow would significantly reduce visibility and could make traveling impossible during the storm.

“The extraordinary intensity of this early winter storm threatens to test the limits of local response capabilities across a large portion of our state,” Burgum said in a press release. “We’re committed to a whole-of-government approach to protect human life and property and ensure our citizens have the resources necessary to respond and recover from this crippling event.”

The North Dakota Highway Patrol said it had helped dozens of drivers who were stranded in the worsening conditions. The North Dakota National Guard was also pre-positioned across the state to help areas affected by the storm. 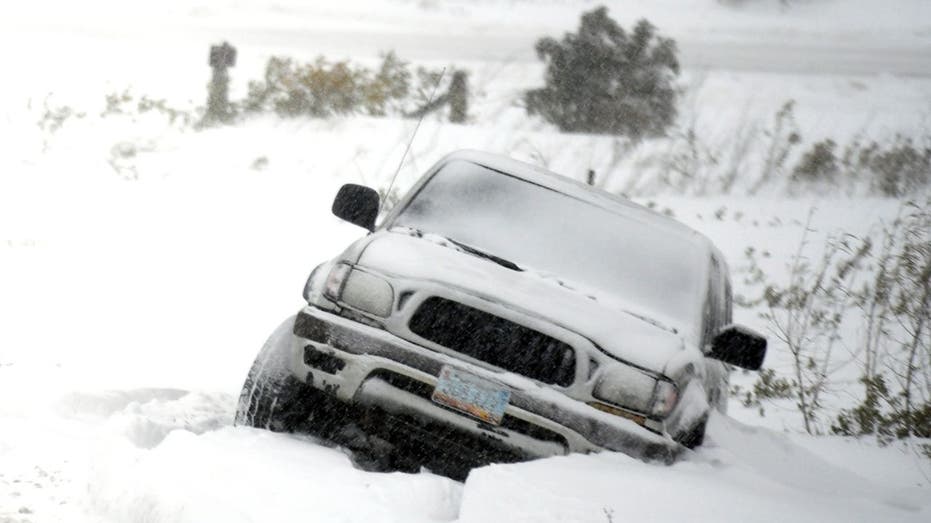 An abandoned SUV is stuck in a snow-filled ditch after the driver slipped off the road near the intersection of North 19th Street and 43rd Ave NE, Friday, Oct. 11, 2019 in Bismarck, N.D. North Dakota Gov. Doug Burgum on Friday activated the state’s e

Farmers are expecting to take heavy losses as a result of the early winter storm, The Associated Press reported. Unharvested wheat will likely be a total loss in areas with heavy snow.

Even after the storm passes, North Dakota could feel its effects. The National Weather Service said flooding will be likely in some areas due to the heavy precipitation, and rivers could crest days from now. 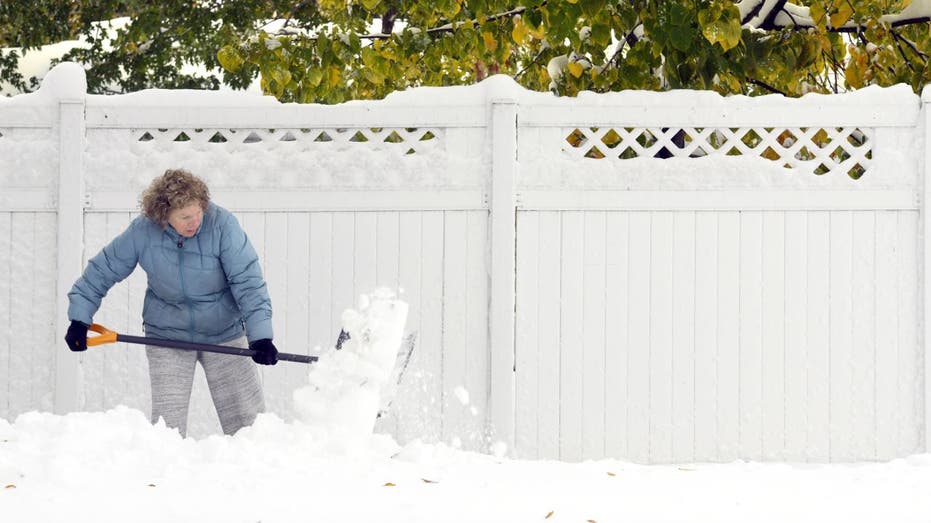 Anne Haugarth shovels the heavy, wet snow from a sidewalk in front of her home, Friday, Oct. 11, 2019 in Bismarck, N.D. North Dakota Gov. Doug Burgum on Friday activated the state’s emergency plan due to what he called a crippling snowstorm that clos

The governor advised that parts of the state could face a heightened risk of flooding as far off as next spring if the abnormally high precipitation continues. He said residents who think they could benefit from it may want to purchase flood insurance.