Analysts expect PepsiCo to post earnings per share between $1.51 and $1.53 when the company reports earnings before the opening bell on Tuesday. The company has been aggressive in recent quarters with new product offerings, fortifying operations in emerging markets, dynamic marketing and cost-cutting. PepsiCo has delivered positive earnings reports for eight consecutive quarters. (See also: Goldman Sachs: Drink in These Beverage Stocks.)

The daily chart for PepsiCo 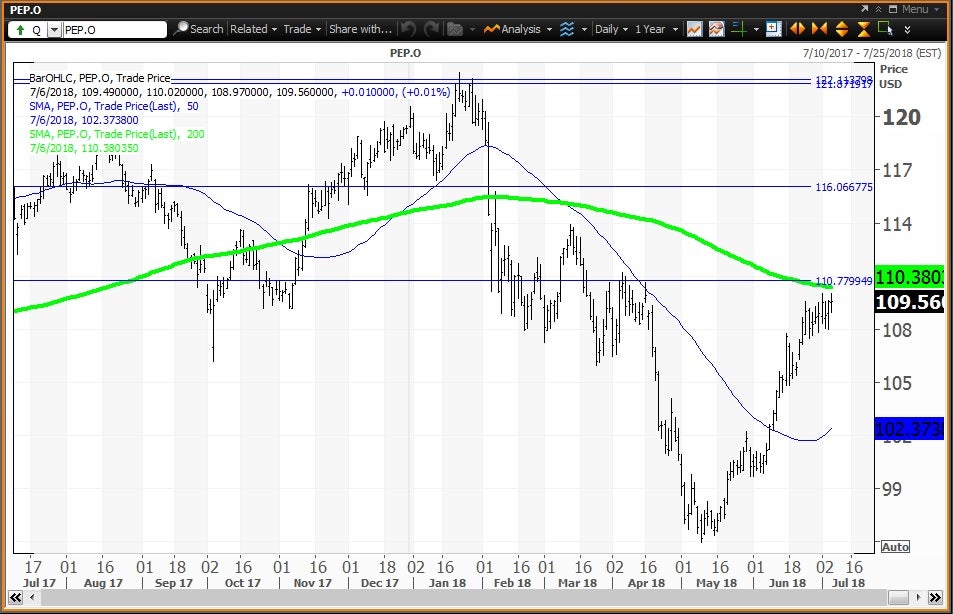 [If you’d like to learn more about stock chart analysis, the Technical Analysis course on the Investopedia Academy includes interactive content and real-world examples that can enhance your trading skills.]

The weekly chart for PepsiCo 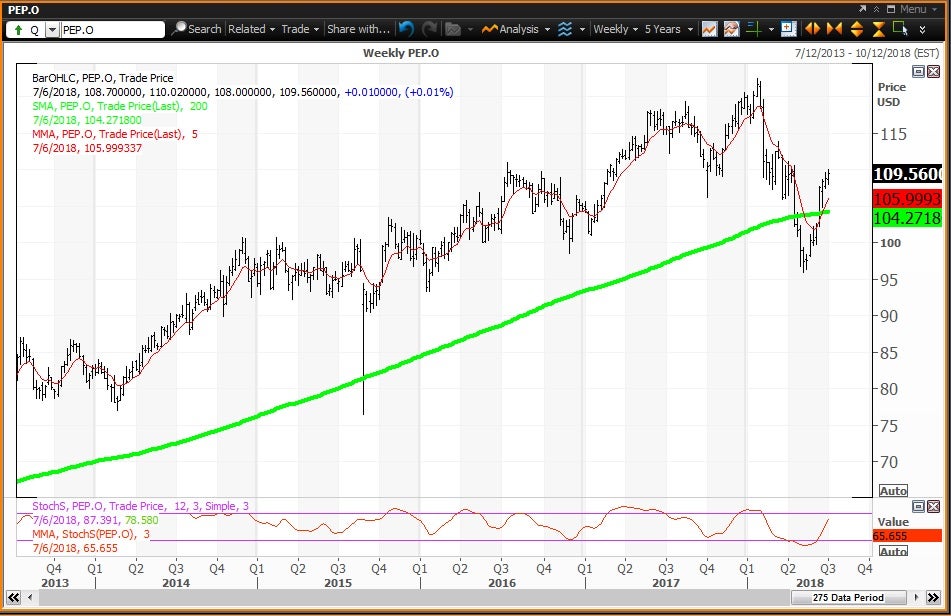 The weekly chart for PepsiCo is positive, with the stock above its five-week modified moving average of $106.00 and above its 200-week simple moving average at $104.27, which is also the “reversion to the mean,” which was crossed several times since the week of April 20. The 12 x 3 x 3 weekly slow stochastic reading ended last week at 65.66, up from 54.79 during the week of June 29.

Given these charts and analysis, traders should buy PepsiCo shares on weakness to the 200-week simple moving average of $104.27 and rising each week, and reduce holdings on strength to my monthly, quarterly, annual and semiannual risky levels of $110.78, $116.06, $121.87 and $122.11, respectively. (For more, see: Comparing Coca-Cola and Pepsi’s Business Models.)