PARIS (Reuters) – French spirits group Pernod Ricard (PERP.PA) cut its full-year profit growth outlook for 2019-2020 on Thursday, saying the coronavirus epidemic in China was likely to have a severe impact on its third-quarter performance. 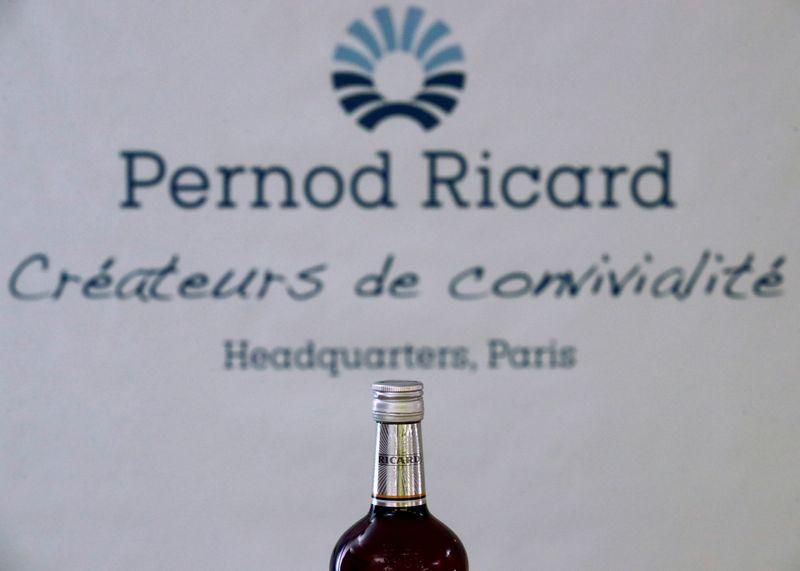 The company, which makes 10% of its sales in China, said it could not currently predict the duration and impact of the crisis, but added it nevertheless remained confident on its overall corporate strategy.

Pernod, the world’s second-biggest spirits group behind Diageo (DGE.L), is now targeting an organic rise of between 2% and 4% in profit from recurring operations for the year to June 30, 2019. That compares to a previous forecast for 5%-7% growth.

The group, which makes Martell cognac, issued the warning as it nevertheless posted forecast-beating first-half results, helped by cost cuts and shipments tied to the earlier timing of the Chinese New Year, which started on Jan. 25 this year against Feb. 5 in 2019.

First-half profit from current operations reached 1.788 billion euros ($1.9 billion), an organic rise of 4.3%, above analysts’ expectations for a 3% increase.

This reflected an 11% rise in revenues in China, driven by double-digit growth in Martell cognac sales in the second quarter.

Asia Pacific accounts for 44% of Pernod Ricard’s sales and is a key growth driver for the group.

China is Pernod’s second largest market after the United States, accounting for around 10% of sales, and the company has been banking on China’s growing middle class and younger generation to further boost sales.

Pernod said that while its strong Chinese New Year shipment program was being executed, “replenishment after the New Year and on-trade activities were uncertain”.

Its current assumptions were for a gradual recovery in bars and restaurants from March in China and a return to normal in June, and for a recovery in March in store business.

Lost sales in China, which according to credit rating agency Moody’s consumes 26% of global alcoholic beverage volumes, and from the Asia travel retail market could cut 2% off Pernod’s 2020 sales and 3% from its profit from recurring operations.

Pernod is under pressure from U.S. hedge fund Elliott, which has a 2.5% stake, to improve profit margins and corporate governance.

In February 2019, Pernod vowed to lift its margins and shareholder returns under a three-year strategic plan that Elliott has described as a first small step.