FOX Business’ Kristina Partsinevelos on the class action complaint filed against Robinhood after it restricted trading and the latest on GameStop.

Small peaceful protests have formed outside of Robinhood headquarters in Menlo Park, California, the Securities and Exchange Comission headquarters in Washington, D.C., and the New York Stock Exchange Thursday following a call made in a now-deleted post on the speculative investing sub-Reddit forum WallStreetBets.

"I WILL PERSONALLY PROTEST IN WASHINGTON," the user wrote. "These are peaceful protest! Bring your banners and good manners! WEAR MASKS AND KEEP A DISTANCE. NO VIOLENCE OR LOOTING OR VANDALISM."

Robinhood's decision came after a group of Reddit users banded together to buy up GameStop's call options earlier this week, causing the struggling retailer's shares to soar to unprecedented levels and hurting market short-sellers.

The market gyrations spurred by GameStop stock prompted the TD Ameritrade and Charles Schwab's mobile apps to experience outages during Wednesday's trading session in response to "unprecedented volumes" and caught the attention of the White House, Treasury and SEC  which all announced they would be monitoring the situation.

SHORT SQUEEZES: EVERYTHING YOU NEED TO KNOW ABOUT THE RECENT INVESTING MOVEMENT

Robinhood user Jenna Fishbine told FOX Business that she got involved in the protest because "Wall Street put in the largest bet that’s ever happened in our nation’s history and they lost the bet."

"Instead of paying us what the short was, they shut everything down and they’re keeping our money," Fishbine added. "That’s not fair so the people are protesting.”

Fishbine blasted Wall Street for being hypocrites after amateur investors "figured out their algorithm and beat their bet" and called for short-selling to be deemed an illegal activity, echoing a call previously made by Tesla CEO Elon Musk. 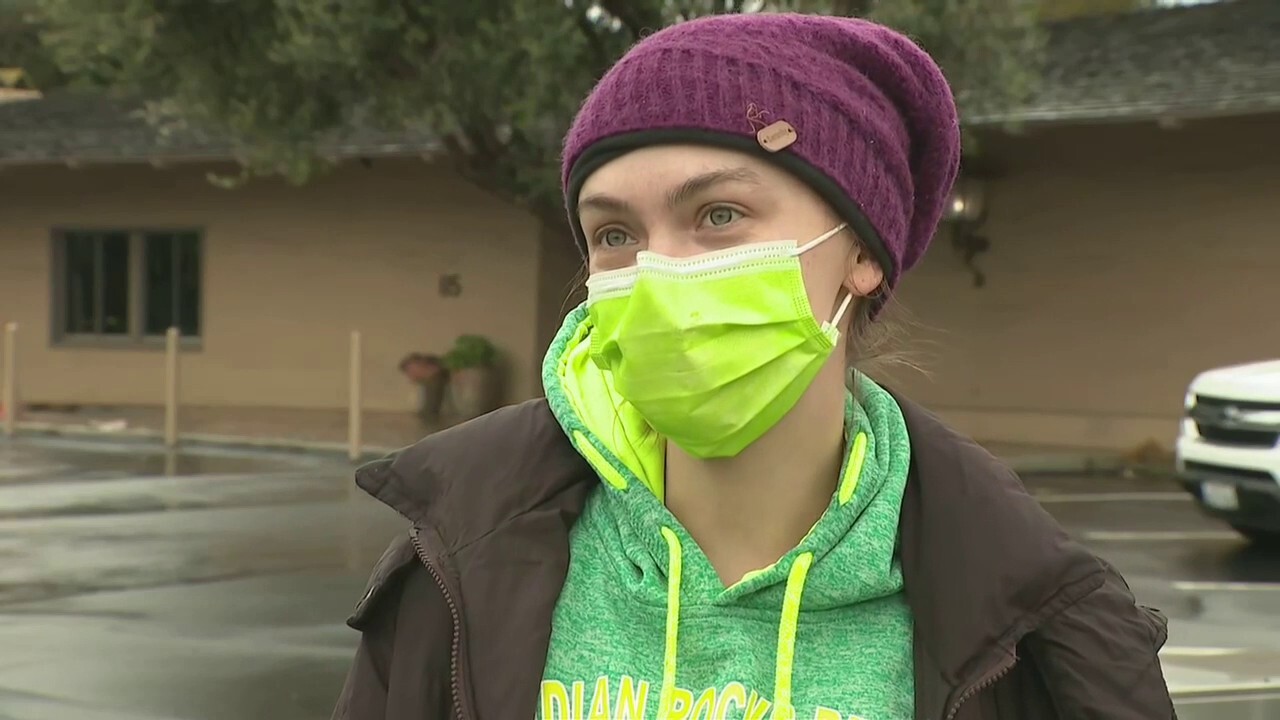 However, the anger online about Robinhood did not appear to materialize into a massive turnout.  About 10 people have reportedly gathered in front of Robinhood HQ.

Meanwhile, a few dozen people were also spotted gathering outside of the New York Stock Exchange, where protesters chanted "Robinhood has got to go" and "we want a free market."

In addition, a sole protester was seen outside of the Securities and Exchange Commission headquarters.

Robinhood co-founder Vladimir Tenev said in a tweet that beginning Friday, Robinhood will allow limited buys of the restricted securities, noting the platofrm would monitor the situation and make adjustments as needed.

Tenev also explained the reasoning behind Robinhood's decision, noting that the company has "net capital obligations and clearinghouse deposits" with the SEC, which fluctuate based on market volatility.

"These requirements exist to protect investors and the markets and we take our responsibilities to comply with them seriously, including through the measures we have taken today," Tenev said. "To be clear, this decision was not made on the direction of any market maker we route to or other market participants."

In addition to protests, two lawsuits have been filed against Robinhood. The first lawsuit filed in the Southern District Court of New York alleges that Robinhood "purposefully, willingly, and knowingly" restricted certain securities transactions, including GameStop. The other filed in the Northern District Court of Illinois alleges that the app manipulated its platform.

"Robinhood’s mission is to 'democratize finance for all.' They have failed," Alexander Cabeceiras, an attorney for the Derek Smith Law Group representing plaintiff Brendan Nelson in the New York suit, said in a statement to FOX Business.

Rep. Alexandria Ocasio-Cortez, D-N.Y., has also called for the House Financial Services Committee to launch an investigation into Robinhood and other brokers for the stock trade restrictions.