Recent homebuyers who bought at the peak of the housing market with low deposits could find it harder to switch banks in their hunt for cheaper rates, despite the mortgage refinancing boom under way in the market.

With interest rates tipped to climb higher, experts have warned a sizeable group of borrowers will struggle to meet the criteria needed to switch lenders.

The main pain point for some mortgage holders, according to brokers and analysts at investment firm Jarden, will be that they will no longer pass lenders’ stress tests for new borrowers. Falling house prices are also expected to push loan-to-valuation ratios (LVR) above the 80 per cent threshold at which new borrowers must often pay for mortgage insurance. 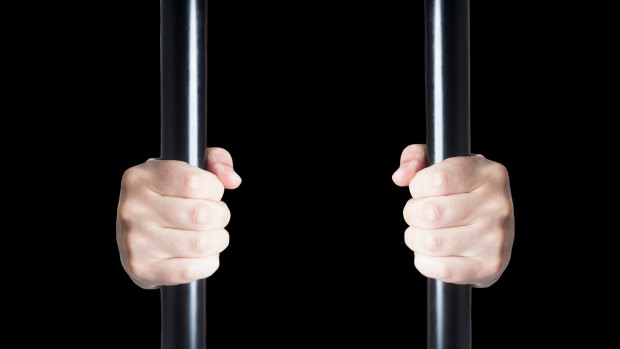 Jarden estimated 10 to 15 per cent of all outstanding home loans could become ‘mortgage prisoners’ – those facing difficulty refinancing because of rising interest rates.Credit:Alamy

Research by Jarden chief economist Carlos Cacho estimates there are hundreds of thousands of these “mortgage prisoners”, adding that the trend could benefit banks by dampening home loan competition.

Cacho estimated 10 to 15 per cent of outstanding home loans could be stuck with their respective lenders, with first home buyers who bought near the peak in house prices particularly exposed to the risk.

“There’s probably $200 billion to $300 billion of mortgages which are going to face difficulties refinancing,” Cacho said.

The “mortgage prisoner” issue arises because when a customer refinances, the bank issuing the new loan must assess a borrower’s ability to service interest rates that are 3 percentage points higher than today’s rates. This means customers seeking to switch must be able to afford repayments with rates of about 7.5 per cent and 8 per cent – whereas last year the same borrowers may have been assessed on their ability to handle rates of 5 per cent to 5.5 per cent.

Falling house prices can also make it harder for people with less equity in their homes to switch banks. For example, if a mortgage’s loan-to-valuation ratio has risen above 80 per cent as a result of the housing correction, a homeowner seeking to refinance could be required to take out mortgage insurance by their new lender, at a cost of thousands of dollars.

Chief executive of wholesale broker AFG David Bailey said banks were competing fiercely for customers with lower loan-to-valuation ratios who could service their loans under higher interest rates – but it would become increasingly difficult for people outside that target group to refinance.

“Anecdotally, we are starting to hear of customers through our brokers where it may become a problem,” Bailey said.

Meanwhile, managing director of the Finance Brokers Association of Australia, Peter White, said last week interest rates had reached a point where some borrowers would find it “impossible” to refinance to another lender, irrespective of what their current lender was charging.

Cacho said the trend would “modestly” reduce mortgage competition, but he argued banks would be wary of damaging their reputations by charging customers who could not refinance elsewhere very high rates.

The Reserve Bank has warned that people who took out loans recently, including first home buyers, were at greater risk of “negative equity” – owing more than their house was worth. But overall, the RBA said most households could handle rising interest rates.