The Reserve Bank of Australia has criticised ASX Limited for failing to keep it updated on delays plaguing ASX’s technology upgrade program, as it emerged ongoing problems with the project cost the market operator’s former chief executive 40 per cent of his last bonus.

The RBA said in its annual assessment of the ASX’s clearing and settlement facilities, released on Wednesday, that a safe and timely replacement of the technology must be the operator’s key priority. 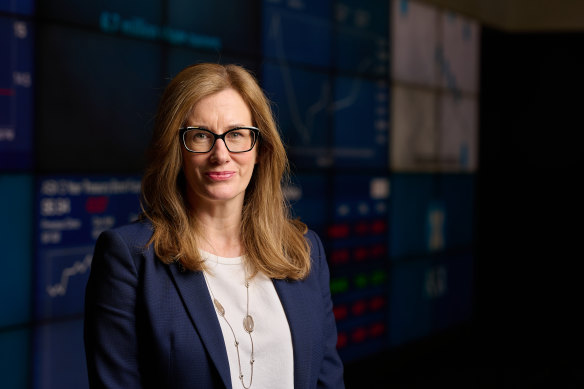 “Further work is required to provide assurance that the system is being built to meet the required specifications,” the bank said. “The regulators are disappointed by the extent of the delay at an advanced stage of the program.”

ASX, which runs Australia’s main securities trading exchange, is working to switch its clearing and settlement system, known as CHESS (which has been around since the 1990s), with blockchain.

However, the project — announced in 2017 — has suffered repeated delays. Last month, the company announced an independent review, by consultancy Accenture, of aspects of the project after ASX revealed it did not expect the platform to go live before late 2024.

The RBA was also critical of weaknesses in ASX’s risk-management framework, saying there must be “demonstrable progress in strengthening its governance arrangements over the coming year”.

While there had been some improvements when it came to ASX reporting to the RBA, there had still been significant delays in passing on some key information.

“There have been examples where ASX has not kept the bank informed in a timely way. The most significant example was a substantial delay in notifying the bank and ASIC of the identification of a major risk to the schedule of the CHESS replacement program,” the RBA said.

“Such a delay in notification is unacceptable and ASX has since made significant improvements to its regulatory engagement to ensure that major CHESS replacement developments are communicated in a timely way.”

“There have also been a number of examples of ASX failing to notify the Bank of updated policy documents in a timely fashion. The Bank is concerned that there is not a consistent understanding of regulatory reporting, and compliance obligations more broadly, across ASX.”

The RBA’s assessment was released while the ASX held its annual general meeting on Wednesday in Sydney. Shareholders expressed their frustration with the company’s pay structures in light of the CHESS delays, and a strike was recorded for the first time against ASX’s remuneration report.

Former chief executive Dominic Stevens, who left the ASX in August and was replaced by Helen Lofthouse, lost 40 per cent of his 2022 short-term bonus. He still received a $480,000 short-term bonus on top of his base salary of $2 million. Other senior executives with responsibility for CHESS had 10 to 20 per cent of their bonuses cut.

ASX chair Damian Roche said the board felt this arrangement had balanced the achievements of the company, such as its financial performance, with more disappointing outcomes such as the CHESS delays.

“Overall, I’m proud of what we have accomplished. Nevertheless, we acknowledge that some concern has been expressed about the reward received by our former managing director and CEO in light of the delays to the CHESS replacement project,” he said.

A strike was recorded against the adoption of the remuneration report, which means at least 25 per cent of shareholders voted against it. Two consecutive strikes trigger a motion to spill the board.

“We understand why we have received this strike, what it means and what we must do,” Roche said. “We commit to engaging closely with our shareholders on our remuneration structure. We will seek your feedback, take on board your input and regain your trust.”

The Australian Shareholders Association’s Peter Gregory said they voted against the remuneration plan. He believed when it came to the short-term incentives, many of the measures were not based on quantifiable performance metrics and it appeared implementation was largely discretionary.

Roche said it was important that the board did retain a degree of discretion and felt they had been transparent throughout the process, but committed to engaging with shareholders on future remuneration structures, given the concerns.

Another shareholder at the meeting said the CHESS problems had been a long-time coming and the board should undertake a clawback review of all those who had received CHESS-related bonuses.

“I don’t consider that there’s been any element of CHESS that has performed even remotely consistent with anyone getting any performance bonuses,” he said. “So I would recommend a clawback review back to 2019, all the appropriate people, whether they’re here or not. That’s my brickbat.”

In her opening remarks, Lofthouse said there was no update on when the CHESS project would go live, and there would not be one until the independent review was finalised.

“We understand our stakeholders’ need for clarity about the project’s timetable. We are working hard to provide it. But we are not in a position today to give guidance on what the new go-live date will be,” she said.