Poland's foreign minister said on Thursday that Europe was at risk of plunging into war as Russia said it was not yet calling time on diplomacy but that military experts were preparing options in case tensions over Ukraine could not be defused.

U.S. Ambassador Michael Carpenter said after talks with Russia in Vienna that the West should prepare for a possible escalation in tensions with Moscow. "The drumbeat of war is sounding loud, and the rhetoric has gotten rather shrill," he told reporters.

Russia said dialogue was continuing but was hitting a dead end as it tried to persuade the West to bar Ukraine from joining NATO and roll back decades of alliance expansion in Europe – demands that the United States has called "non-starters".

"At this stage it is really disappointing," Russian Ambassador Alexander Lukashevich told reporters after a meeting of the Organization for Security and Cooperation in Europe (OSCE), the third leg in a series of East-West talks this week. 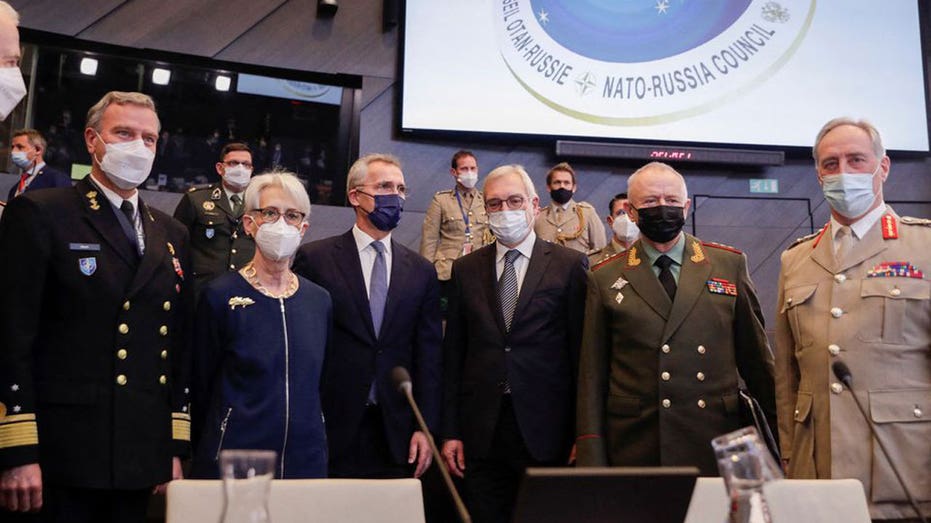 KUDLOW: WHY IS BIDEN FAVORING RUSSIA INSTEAD OF US OIL AND GAS PRODUCERS?

He warned of possible "catastrophic consequences" if the two sides could not agree on what Russia has termed security red lines but said Moscow had not given up on diplomacy and would even speed it up.

The Russian comments reflect a pattern of Moscow saying it wants to pursue diplomacy but rejecting calls to reverse its troop build-up near Ukraine and warning of unspecified consequences for Western security if its demands go unheeded.

Earlier, Polish Foreign Minister Zbigniew Rau told the 57-nation security forum: "It seems that the risk of war in the OSCE area is now greater than ever before in the last 30 years."

While overlooking wars during that period in the former Yugoslavia and parts of the former Soviet Union, his comment highlighted the level of European anxiety over Russia's build-up of some 100,000 troops within reach of its border with Ukraine.

Rau reported no breakthrough at the meeting, which followed Russia-U.S. talks in Geneva on Monday and a Russia-NATO conference in Brussels on Wednesday.

Russian Deputy Foreign Minister Sergei Ryabkov said the earlier meetings had shown there was a "dead end or difference of approaches," and he saw no reason to sit down again in the coming days to restart the same discussions.

He told RTVI television Russian military specialists were providing options to President Vladimir Putin in case the situation around Ukraine worsened, but diplomacy must be given a chance. "I must reiterate that dialogue is still underway at many levels and in many directions," Ryabkov said.

The Russian rouble fell by more than 2% against the dollar on Ryabkov's comments, which also prompted a sell-off in government bonds. A trader at a major Russian bank told Reuters the market had partly reacted to a comment from Ryabkov, in reply to a question, that he would neither confirm nor rule out the possibility that Russia might deploy "military infrastructure" in Cuba and Venezuela. read more

U.S. Secretary of State Antony Blinken told MSNBC in an interview: "The jury's out on which path Vladimir Putin is going to choose. Is he going to choose the path of diplomacy and dialogue to resolve some of these problems or is he going to pursue confrontation and aggression?"

Ukrainian Foreign Minister Dmytro Kuleba said: "I believe that the only way for the Russians to confirm their lack of intention to solve problems by force is to continue the discussion in the established formats, in particular in the OSCE."

Russia denies plans to invade Ukraine but its military build-up has forced the United States and its allies to the negotiating table. 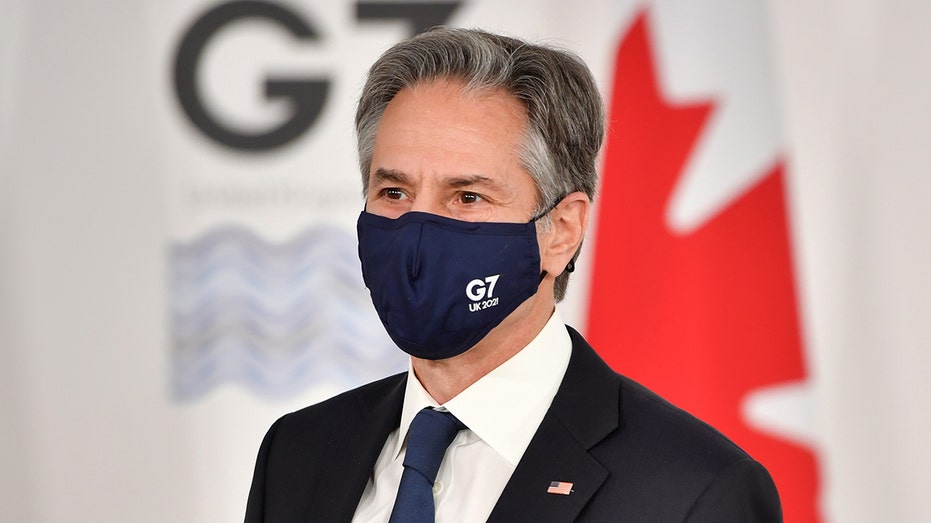 It says it is threatened by the fact that NATO has expanded towards its borders by taking in 14 new members from former communist eastern Europe since the Cold War ended. It wants to draw "red lines" to stop the alliance from admitting Ukraine as a member or basing missiles there.

Washington has rejected those demands but said it is willing to talk about arms control, missile deployments and confidence-building measures to move on from one of the most fraught moments in East-West relations since the Cold War.

Ambassador Lukashevich told the OSCE that unless Moscow received a constructive response, "we will be forced to draw appropriate conclusions and take all necessary measures to ensure strategic balance and eliminate unacceptable threats to our national security."

He went on: "Russia is a peace-loving country. But we do not need peace at any cost. The need to obtain these legally formalised security guarantees for us is unconditional."

NATO Secretary General Jens Stoltenberg said after talks with Russia on Wednesday that countries must be free to choose their own security arrangements.

PUTIN IS DIRECTING ATTACKS ON THE US THROUGH CYBERSPACE. HERE'S HOW COMPANIES CAN STAY SAFE

Peskov said sanctioning Putin would be tantamount to severing relations.

"We view the appearance of such documents and statements extremely negatively against the background of an ongoing series of negotiations, albeit unsuccessful ones," he said.

Peskov was quoted by the TASS news agency as saying Putin was receiving regular updates on the talks and the Kremlin was clear about the outcomes, but was waiting for replies from the other side in writing.

Carpenter told the OSCE meeting: "As we prepare for an open dialogue on how to strengthen security for the benefit of all, we must decisively reject blackmail and never allow aggression and threats to be rewarded."

Russia has said it will decide on its next moves after this week's talks and threatened unspecified "military -technical measures" if its demands are rejected.

U.S. Deputy Secretary of State Wendy Sherman said on Wednesday that if Russia walked away, it would show it was never serious about diplomacy in the first place.