Leela Cosgrove takes every opportunity she can to build her personal profile and spread the word about her business, Strategic Anarchy.

Speaking on the sidelines of the Dell Women’s Entrepreneur Network conference in Singapore, Cosgrove describes her sales consultancy business based out of Melbourne as "probably the least sexy business anywhere in any room we are in". 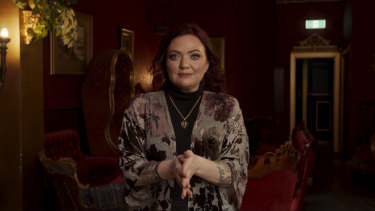 But that hasn't stopped Cosgrove gaining media coverage and appearing on podcasts spruiking the growth of her business, which turns over about $2 million a year.

Like many women entrepreneurs, she's found building a personal profile has helped promote her business. 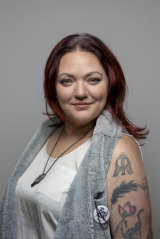 Leela Cosgrove has had to combat criticism that she ‘loves herself’ for building her profile.

With striking red hair and tattoo-covered arms, Cosgrove is not the sort of person who blends into the crowd, but she says in her male- dominated sector putting yourself out there as a woman can sometimes translate as being "full of yourself".

Women from around the world attending the conference agreed the balance between self promotion and over promotion was particularly difficult for women.

"When women are talking about 'I'm afraid of being out there' yes there is a mindset element, but you are also going to get some judgment and there are some people who will say she loves herself," Cosgrove says.

"Every single publication you can think of in Singapore and Asia, we have been in it," she says. "I had a knack for making connections and there is a lot of talk that business in Asia is all about relationships, so I spent a good six months trying to befriend journalists before the business launched." 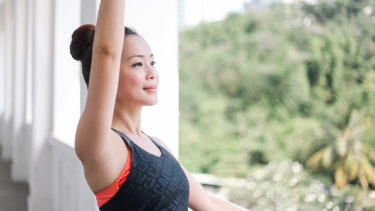 Anabel Chew, co-founder of WeBarre, developed relationships with journalists to promote her business.

Chew wrote her own press release when WeBarre opened, which she sent to friends to refine and redraft and then sent it out to "a bunch of journalists".

"Within the first six months, every single week we would get a media request," she says.

High-profile entrepreneur Cathie Reid, co-founder of Brisbane based Epic Healthcare and the Icon Group, Australia's largest private cancer and oncology services group valued at over $1 billion, has some very practical advice for women seeking to build a personal and business brand. 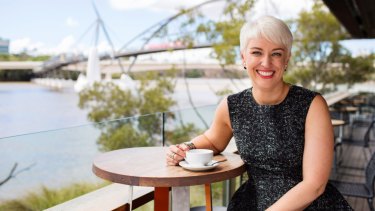 Cathie Reid, co-founder of Icon Health, knows the power of a photograph.

She recommends women use social media, blogs and photographs to control their own story.

Reid has a strong social media presence and had written a personal blog for years but says as an entrepreneur her personal life is interwoven with her work life, and the blog reflects that documenting events from attending health conferences to celebrating her 20-year wedding anniversary.

When private equity group Quadrant sold Icon to QIC, Reid was able to detail the background behind this on her blog.

Reid also seeks coverage in mainstream media and to facilitate that once a year she gets a new set of head shots taken.

Reid has copped criticism online saying she is a bad mother for travelling away from her children for work.

"The number of people who send selfies in to illustrate 'Can we have a headshot'," she says. "A selfie is not a headshot. So many people don’t have proper head shots."

Reid recommends entrepreneurs have a "library full of shots" for when they get a request for an interview.

"Particularly with a print media company now they don’t have resources and it is actually really hard to get a photographer or the photographer will come and take some goddawful picture of you that is then in the library for life and they pull it out every time they have to illustrate a story of you," she says. "It is so much better to have a library of shots you are happy with." 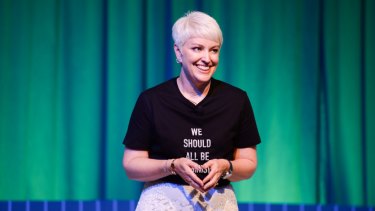 An extra burden that women have to grapple with is that building a public profile can sometimes result in abuse.

Reid has copped criticism online saying she is a bad mother for travelling away from her children for work.

"The kids thought it was hilarious and wanted to write to [the commenter] and tell her they were doing just fine, but thanks for asking," she says.

Reid says she's always had comment moderation on her website and just deletes any "nasty stuff", however, sometimes the abuse can be darker.

"If you are very visible as a woman on social media it happens," Cosgrove says. "I get rape threats and death threats all the time because my industry is very male dominated."

It's an added barrier for women entrepreneurs who are trying to grow their business by building a personal brand and profile.

The reporter travelled to Singapore for the Dell Women's Entrepreneur Network Summit as a guest of Dell.