The government's proposed changes to the research and development tax incentive scheme have been put on ice, with a senate committee led by a Liberal senator deciding more investigations are needed before the legislation can be revisited.

The startup community has been cynical about the impacts of changes to the scheme, which would cap the refundable offset for research at $4 million and tighten requirements to prevent overuse of the policy. 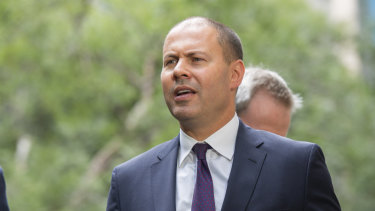 Treasurer Josh Frydenberg said the government agrees a technical review of the changes is needed. Credit:AAP.

In a report on the Treasury Laws Amendment bill containing the policy changes, the economics legislation committee lead chair Liberal party senator Jane Hume has recommended the senate "defer consideration" of the policy until key technical elements are reviewed.

The committee took on board feedback from the startup community that tightening the policy could make it more difficult for companies with very high research spends to get value out of the scheme.

It also noted concerns that it was not fair to suddenly cap the amount a business could claim on research because this could unintentionally impede companies that had made investment decisions based on the existing rules.

The $4 million cap "would benefit from some finessing to ensure that R&D entities that have already made investment commitments are not impeded unintentionally," the committee said. 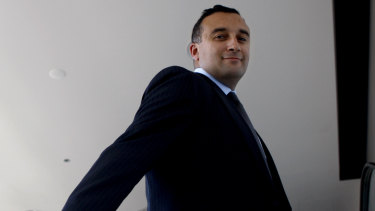 In its recommendations, the committee said the senate should put the bill to one side until more work could be done on refining the terms of the changes, including the maximum refund cap. It also recommended reviewing the proposed formula on R&D intensity, which some businesses said would hurt companies that had large operating costs.

Treasurer Josh Frydenberg remains optimistic that a tightening of the scheme will happen in the longer term.

“The Senate Economics Committee report concluded that R&DTI reform is needed. We agree with the committee’s recommendation that Treasury consider technical refinement to implementation," he said in a statement.

This decision may have left startups with more unknowns, according to those that made submissions on the policy.

"My view is the government should make a very clear, unambiguous statement now about its intention to defer. That would allow participants in the program to know what the rules are going to be," head of the Australian Private Equity and Venture Capital Association, Yasser El-Ansary.

El-Ansary says the research offsets scheme has a "significant bearing on whether Australia can continue to attract capital".

While it's not unusual to face "technical challenges" when reforming tax law, startups plan their research investments years in advance and need to know where they stand, he says.

Advisory firm BDO welcomed the news that there would be further reviews of the policy, having highlighted its concerns that any changes would be a disincentive to companies spending large amounts on research.

Despite the relief, Parry says his clients still have no clear answer about what the claims scheme will look like into the future.

"There's still a lot of uncertainty, and I can’t recommend a course of action [to clients]. That uncertainty does impact what they're going to spend."