Young Australian men are reluctant to visit their GPs, and startup founders think the whole healthcare experience needs to be rebranded.

"There are stigmas talking about mental and physical health— there is a premium put on the idea of being bulletproof," says Pilot co-founder Tim Doyle. 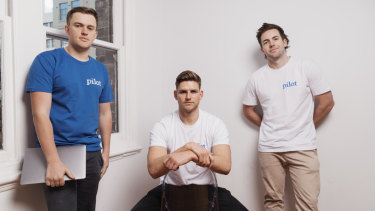 The federal government's men's health strategy for the next decade suggests male access to healthcare is lagging behind Australian women's. More than 70 per cent of men don't seek help in a timely manner for mental health concerns, according to the strategy report.

Numbers like these have prompted tech entrepreneurs to draw on their own experience as patients to build products that take the pressure off setting up healthcare appointments.

Doyle and co-founder Charlie Gearside cut their teeth at mattress startup Koala before deciding to turn their branding skills to the world of healthcare.

Users select a health issue: mental health concerns, sleep issues, erectile dysfunction or hair loss, and complete a pre-screening application to be connected  to a GP or pharmacist.

Doyle says the approach is about building a brand that is easy to use and one which makes it easy for patients to access advice. The startup has just seen its first revenue from linking doctors and pharmacies with patients.

Telemedicine will be worth $59.8 billion by 2021, according to Statista with Silicon Valley companies raising millions for startups focused specifically on male healthcare.

US startup Roman raised more than $120 million last year, rebranding to "Ro" and expanding its on-demand healthcare to men's and women's health consultations.

Mosh also allows users to connect with doctors for advice on issues like hair loss and sexual health.

Narunsky says it's taken years to build up a network of medical professionals invested in tele-health.

"It takes a lot of time and it's all about finding the right people to work with," he says. 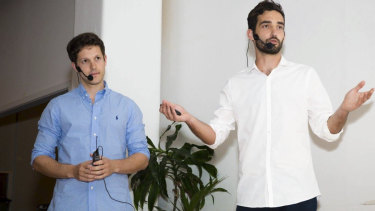 Despite an increasing number of GPs being open to online consultations, startups in this space have generally focused on a few specific health concerns, rather than offering healthcare on a broader scale.

With many technology founders coming to this sector from backgrounds other than healthcare, does care need to be taken with the online medicine boom?

"You need to be sceptical yourself. The reality is a lot of the history of the telemedicine space has been shortcut on patient care," Doyle says.

"But doctors recognise that the patients we’re talking to often aren't walking into their office ever in the first place," Kleist says.

Having only recently launched, Pilot is focused on building its brand in these early stages.

The founders see the brand's position as a key attitude changer: if startups like this can become accepted or even cool, there's a bigger chance more of their target market will be happy to sign up and get the help when they need it.

Media stories about the nation's mental health crisis and disconnection from healthcare are not new, but the approach to addressing these issues has so far not drawn on technological solutions as well as it could have, Doyle says.

The team is hoping to leverage their marketing expertise to make it more appealing to ask for assistance in the first place, Doyle says.

"This is a journey to find this holistic approach to health: how do you create something that has a meaningful impact on some guy in Australia?"