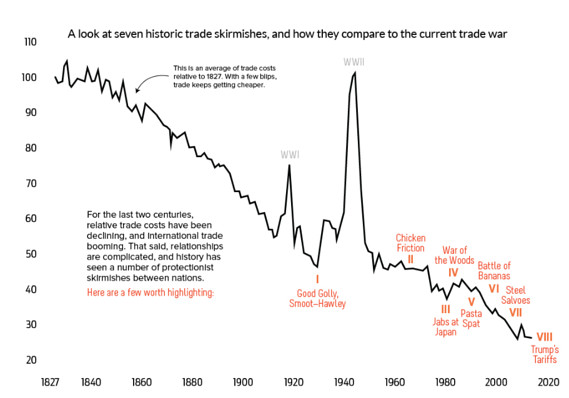 The U.S. is a relatively young country—it just celebrated its 242nd birthday this month. In contrast, its rival and biggest trading partner China is more than 3,000 years old.

Yet, by virtue of its economic prowess and global reach, the U.S. has engaged in a fair number of trade wars in its short history.

President Donald Trump recently opened a new chapter in the U.S.’s ongoing battle to protect its economic interests by announcing tariffs on billions of dollars worth of Chinese goods. As expected, China has responded with retaliatory measures.

The European Union and close allies such as Canada and Mexico also have not been spared with their steel and aluminum products subject to new tariffs. 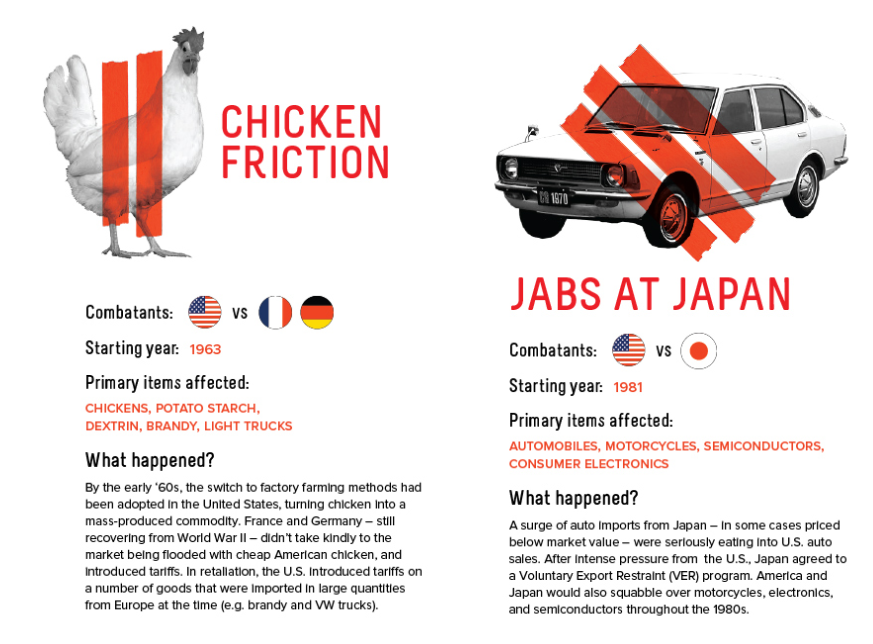 As the Visual Capitalist recently noted, in just the last 100 years, the U.S. has tussled with trading partners over steel, automobile, chicken and even pasta. Often times, it takes many years for these disputes to be resolved if ever. 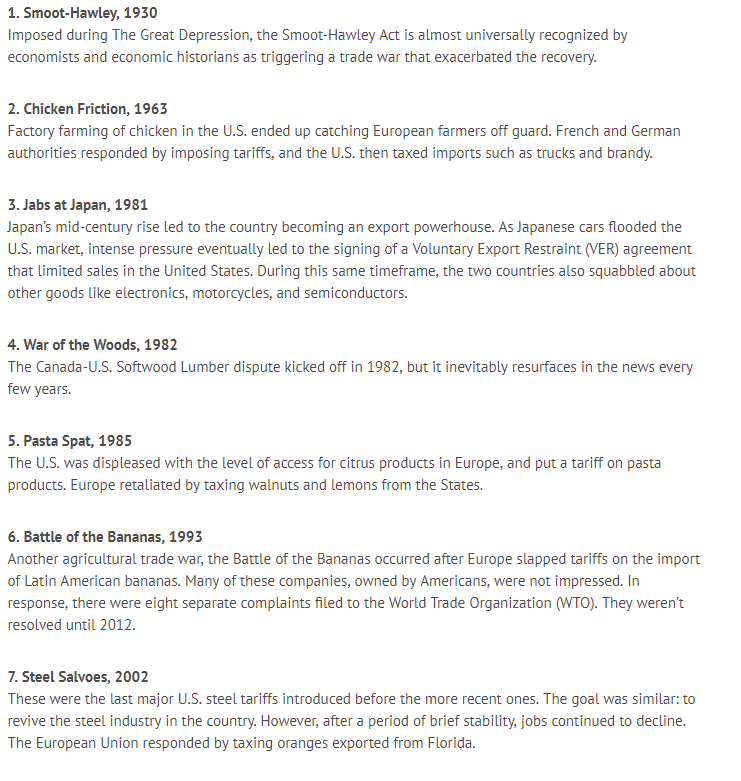 “The Boston Tea Party of 1773 was a bold response to an unfair trade measure imposed by a ruling power, and it proved to be a key catalyst that led to the American Revolution,” it said.

But perhaps the most interesting fact highlighted by Visual Capitalist’s chart is that the cost of trade has steadily been dropping, making it cheaper to buy and sell with other countries, suggesting that no matter the threats and tariffs, global trade is likely to continue growing.