LONDON (Reuters) – Sterling edged up against the dollar and euro on Monday, with cable mostly driven by a weaker U.S. currency and euro-sterling stuck above the key 90 level ahead of a new round of Brexit negotiations. 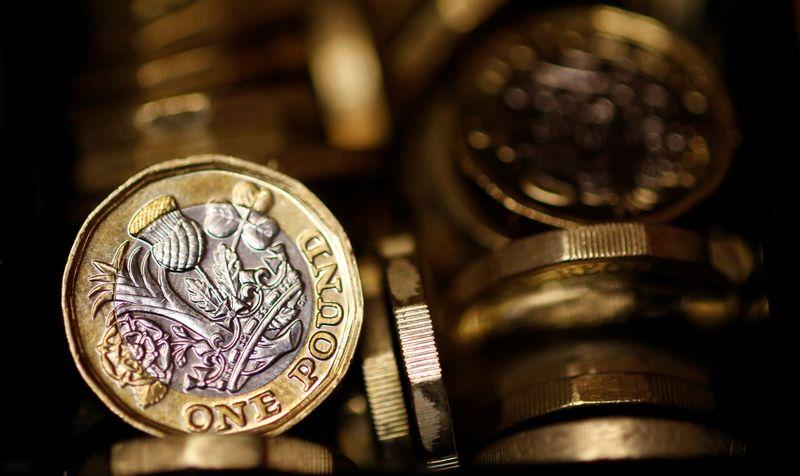 Brexit trade talks will restart on Tuesday. The issue of whether London’s financial sector will be able to access the European Union’s market after Brexit is in focus.

The EU’s financial services chief said the City of London may not find out if it will have access to the whole of the EU’s market until after the end of the year, the Financial Times reported.

“In the market many people assume that politicians have an incentive to go to the 11th hour – why would they concede ground when there’s more time to go?” said Jane Foley, senior FX strategist at Rabobank, who said dollar weakness was masking sterling’s weakness by pushing up cable.

“If it becomes clearer that a deal won’t be had – or if there could be maybe a broad deal but there are lots of sectors of the economy in the UK that are unhappy about that – then I think sterling could still be vulnerable on that front too,” Foley said.

“If we continue to have dollar weakness, it will be euro-sterling which demonstrates that vulnerability,” she added.

Against the dollar, the pound was at $1.3101 by 1056 GMT, up 0.1% since the previous session’s New York close. The dollar was a touch weaker after the United States and China postponed their review of the Phase One trade deal.

Euro-sterling was at 90.49 pence per euro, little changed on the day.

Having rallied in July, the pound has been more range-bound in August. Euro-sterling has spent most of the last two months above the key 90 pence per euro level.

But Foley said this masked a more bearish outlook for sterling, as the data reflects anticipated dollar weakness.

The Bank of England’s chief economist, Andy Haldane, wrote in an article in the Daily Mail on Saturday that the UK’s economy is on course for a rapid recovery from the coronavirus crisis due to strong consumer spending.