Markets rally after election as investors bet on divided government

U.S. stock futures kicked off the Sunday session higher, as investors get the first chance to react to the Biden-Harris 2020 White House win which was officially called on Saturday.

This follows Friday's session which was little changed for the major U.S. averages as investors waited on the election outcome, still the S&P posted its best post-election week since 1932.

Over the weekend business leaders congratulated the Biden-Harris team ahead of the acceptance speeches. 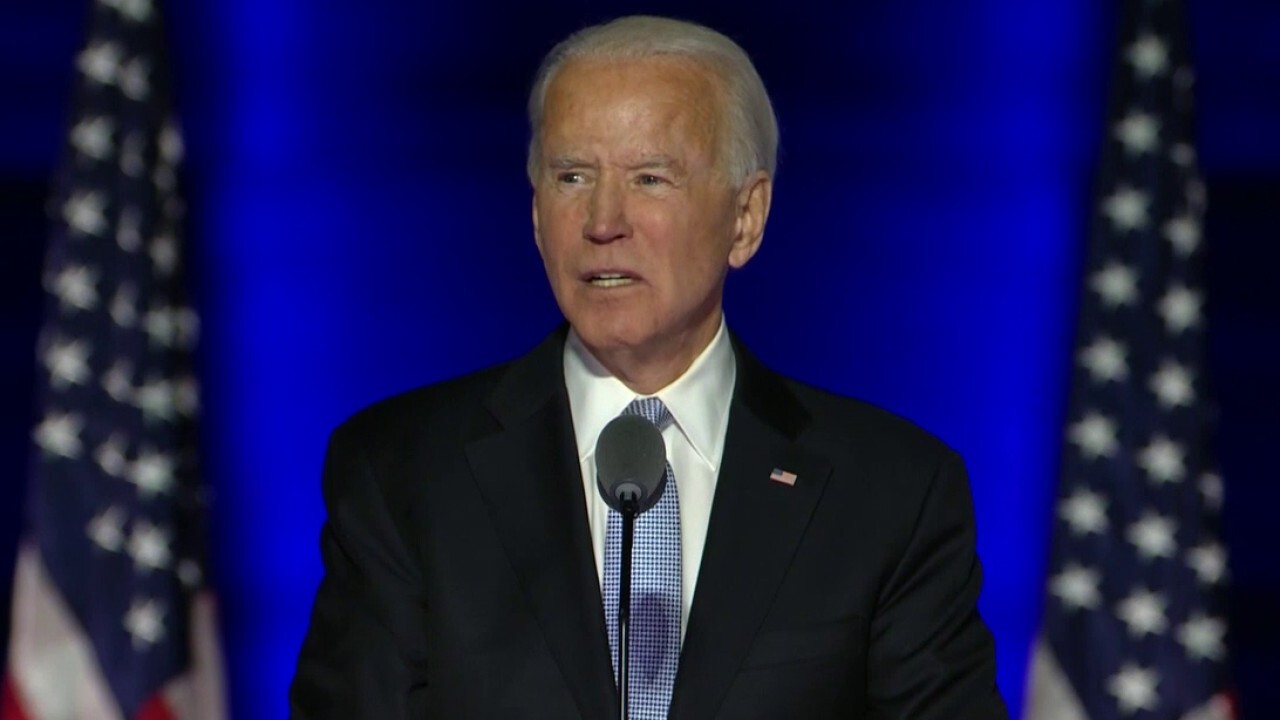 "Our country faces great challenges in the months ahead to defeat the pandemic and rebuild our economy," the Roundtable concluded. "We will meet them only by working together," the statement said. The group's members, many of the big S&P 500 companies, employ over 15 million and are responsible for around $7 trillion in revenues.

This coming week, investors will pay close attention to the moves Biden begins to make with his transition team. He is expected to announce a coronavirus task force on Monday, for starters. Fox News has confirmed that former surgeon general Dr. Vivek Murthy will take the lead. Murthy has been acting as an adviser to the campaign.

As for corporate earnings, the calendar is light, but there are some big names including McDonald's on Monday which will be followed by its investor meeting. While Disney reports on Thursday and DraftKings on Friday.

On Tuesday, Apple is holding an event that is expected to be focused on Mac computers, according to reports.

On the economic calendar, Tuesday the JOLTS reports will provide clues on job openings, followed by weekly jobless claims on Thursday which remain elevated. Additionally, the Consumer Price Index, Thursday and Producer Price Index, Friday will give fresh data on inflation.