The inner west in Sydney could well be the craft beer capital of Australia, with 13 micro-breweries in the area.

As debate rages about the effect of lockout laws on Sydney's night life, the craft breweries on the city fringes are set for a rare relaxation in regulation. 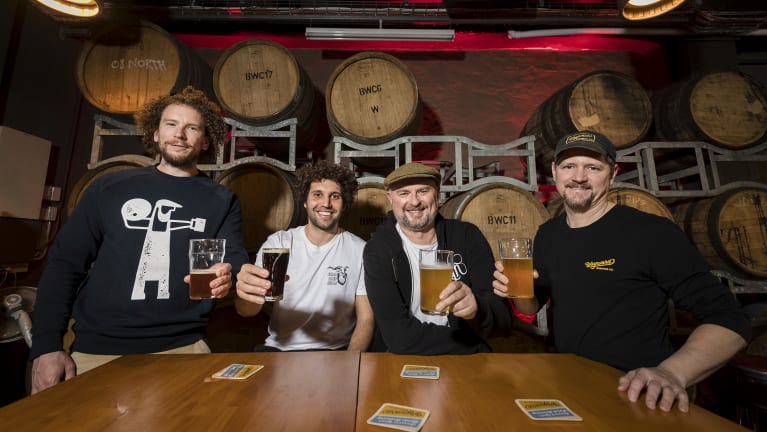 After lobbying by members of the Inner West Brewery Association, the state Racing Minister Paul Toole, whose portfolio includes liquor, has marked the area for a 12-month trial to allow craft breweries to operate as bars.

“Craft brewers are a new, emerging industry and what we’ve found is they don’t really fit into traditional liquor licensing categories so there’s a need to develop a new model that will suit them,” Mr Toole said. “If this is successful, we’ll be able to reduce the red tape.”

The trial will start in September for breweries within the Inner West Council area, but excludes neighbouring breweries that technically fall in the City of Sydney. Mr Toole told The Sun-Herald if all went well, “there’s no reason it wouldn’t be rolled out across the state of NSW”. 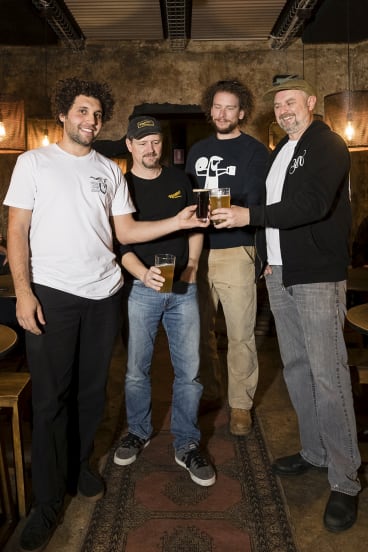 The trial comes after lobbying by the Inner West Brewery Association.

The new licence will be similar to the special “small bar” licence in that the brewery bars would be limited to 100 customers and required to make food available. But the breweries would be restricted to serving their own product and midnight closing.

Breweries can already operate as bars if they get an on-premises licence, but the process can be time consuming and expensive. Otherwise breweries can only offer small tasting sizes, similar to the cellar door at a winery.

Richard Adamson, the founder of Young Henrys in Newtown and the vice-president of the Inner West Brewery Association, said his company already had the on-premises licence, but he welcomed the change for the industry as a whole.

“We’ve been lobbying for it for some time as an association because a lot of us have gone through the pain of not fitting in with existing regulations,” Mr Adamson said.

“Selling beer on-site is very important when you first start out because of cash flow. It becomes less important from a pure dollar perspective as you start getting sold in more pubs but it’s still important for the brand experience.”

Matt King, the founder of The Grifter Brewing Company in Marrickville, said when he opened back in 2012, the licensing situation was “really confusing”.

“We’ve been doing the hard yards down here for a little while, battling with red tape, and it’s good to get a leg up and have it recognised what’s happening in the area,” Mr King said. “It’s really special the amount of national and international tourism we’re getting into Marrickville.”

“There’s a hangover from the days of the six o’clock swill that beer drinkers cause problems but that’s just not the case with our tasting rooms – craft beer has a higher price and people come to enjoy it responsibly,” Mr Fineran said.

He was looking forward to expanding his offering, to be able to serve pints or schooners, and to sell bottles of leftover batches rather than just what’s on tap.

While there are breweries throughout the inner west from Alexandria to Five Dock, many of them are clustered around Marrickville and Newtown. A map shows nine breweries along a 7km walking trail from Willie the Boatman in Marrickville to Wayward Brewing Co in Camperdown, 3.6km away as the crow flies.

In the United States, where the industry is more developed, craft brewing is worth $US55 billion and 424,000 jobs, according to figures from the the Brewer’s Association of USA. The state of Oregon, with a population of 4 million, accounts for $US4.49 billion alone.